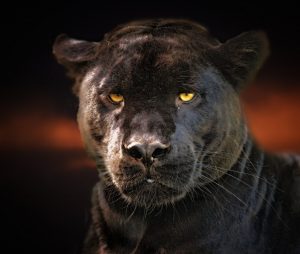 I’ve had beautiful and traumatic experiences with Ayahuasca this week at Rythmia in Costa Rica. Santha and I and our daughter Shanti have been part of a group of close to 100 people and every ceremony has been magnificent and incredibly well handled.

I have described in previous posts what I went through on nights 1, 2 and 3. See here: https://goo.gl/ZsQoJq

Night 4 was another tough one, with almost zero visions — rather unusual for me — but a lot of deep reflection about what I’m doing, and failing to do, with the precious gift of life in a human body. The gift comes from the universe but in the universe there is a principle of reciprocity and we must give as well as receive. Am I giving enough back? Or far too little?

Normally I would put such questions to Mother Ayahuasca, and she would answer me, yet the only answer I received this week was the direct experience of my own death. I concluded that this experience was most probably NOT an imminent reality but symbolism giving me the opportunity, if only I could read the symbols right, to learn and grow and develop.

But of course I wanted and hoped for more answers.

I didn’t get those answers on night 4, or at least not as I had expected. But then, in the hour before dawn, our shaman offered me a healing, a full-on, energetic driving of the altered state of consciousness towards focus and clarity and an opportunity for the goddess to do her work at the levels of both body and spirit. Then I did get an answer of sorts for suddenly out of the darkness there appeared a burst of light and framed within it the head and glowing golden eyes of a black jaguar.

Mother Ayahuasca is a shape shifter and the black jaguar is one of the classic forms in which I have met her many times before. The message she gave me on this occasion, however, was unsettling. The channel that for so long has connected me to her level of vibration was clouded and what had clouded it was levatiracetam, the anticonvulsant drug that I have been prescribed in high doses since my grand mal epileptic seizures in 2017 (https://goo.gl/drHyiS). While taking this pharmaceutical drug, I was led to understand, my channel to the realm of the goddess could never be clear. If I want to work with her again then I must desist taking the anticonvulsants that have kept me seizure-free since my last attack in August 2017.

Even though the ceremonies for this week are over, and I’m returning to the UK very soon, the immediate effect was that I didn’t take my daily doses of levatiracetam on Friday and have taken none again today (Saturday 1 December). Probably this isn’t very smart! There are medical doctors here amongst our group, and a surgical nurse, and they have all kindly urged me NOT to go cold turkey on the anticonvulsants. if I’m determined to stop I should taper the dose gradually. So I’m going to sleep on this and make a decision tomorrow. Perhaps the wise thing to do would just be to return to my usual dose until the next opportunity to encounter Ayahuasca arises, then taper down to zero in the week or two before the ceremonies and then taper up again afterwards. We shall see. But meanwhile I miss that clear channel!

I have witnessed the almost miraculous effects that Ayahuasca has had on many members of our group during this week. There have been such profound realisations, such life-changing and life-affirming experiences, such beauty, such joy and such love. It is as though my closest family has suddenly expanded to encompass this wonderful new soul family that I have been integrated with through the enchantment of the brew and the magic of the ceremonies. There are people here from many different walks of life and from many different nations and ethnicities and what we have all found is the common ground that unites us.

Would it could be so, always, for the entire human family! There is so much division in the world today, so much hatred, so much fear, so much suspicion and so much greed that our species seems close to tearing itself apart and rendering the Earth uninhabitable in the process.

What fools we are to allow such a state of affairs to persist, and to allow politicians and religious mis-leaders – for their own short-term gain — to divide us from one another in order to rule us.

Brothers and sisters, wherever we are, no matter on which land or under which political or religious system chance brought us to be born, the time has come to awaken from this nightmare of our own making and remember the truth about ourselves — that we are all members of one family, no matter how widely scattered, that none of us have the slightest justification to claim superiority over any other, and that we all share the same hopes, fears, courage, fragility and capacity for love.

United we stand. It is just plain madness to continue to allow ourselves to be divided and defined by the artificial barriers of nation, race or creed. We must remember our common humanity, remember that we are one family, and put that realisation first before all other considerations if our species is to survive the challenges of the coming years and return once again to being good stewards of this precious garden of a planet.