After years of travelling, exploring archaeological sites and rummaging through puzzles in ancient myths and legends I have found many reasons to suspect that the orthodox theory of human prehistory – the one that is taught in all our schools and universities – is seriously in error. The theory takes many different local forms with endless variations, but the backbone in all cases is the same: an entrenched belief system about the human condition and about our collective past in which modern advanced civilisation is seen as the product of thousands of years of linear social and technological evolution – “onwards and upwards,” as my friend John West likes to caricature the orthodox view, “from stupid old cave men to smart old us”.

I write my books to try to show that an alternative view can fruitfully be considered. Human society may indeed have evolved in a straight and essentially unbroken line from primitive to “smart” – just as the historians say – but it is also possible that there could have been major discontinuities in the record which have severely distorted and “edited” the data about the past that historians work with. For some reason that I have honestly never been able to understand properly, historians bitterly resent any such suggestion. They insist that although they may have made some mistakes in the minor details they are undoubtedly correct in the overall picture that they paint for us of history and prehistory. I’ve tried to show how seriously wrong this attitude could be and to gather together as much evidence as possible to support the view that a great “lost” civilisation could have flourished far back in remote antiquity and that it could have been so completely destroyed that its very existence was eventually forgotten.

Although I try to give thorough documentation, in the form of footnotes, to support every stage of my arguments, I would like to make it absolutely clear what my books are and what they are not.

If you want a slavishly “balanced” and objective account of “both sides of the argument” then I’m the wrong author for you!

I operate on the assumption that our education system, media and indeed our entire society today combine to give massive support and unquestioned acceptance to the orthodox side of the argument. Until I and a few of my colleagues like John Anthony West and Robert Bauval began to speak out there was really no counterbalancing view at all! And even now, although we’ve managed to get some people’s attention – and some television time – we’re still in every sense outnumbered and outgunned.

So the way I see it it’s not my job to be “balanced” or “objective”. On the contrary, by providing a powerful, persuasive single-minded case for the existence of a lost civilisation, I believe that I am merely restoring a little balance and objectivity to a previously unbalanced situation. There exists a vast array of academic “experts”, on comfortable and secure salaries, with the resources of full university departments behind them, whose life’s work is to churn out endless refinements and confirmations of the orthodox theory of prehistory. These scholars, and their many fans and chums in the quality media, do not hesitate to mount Doberman-like attacks on any who try to argue in favour of a lost civilisation. The Dobermans also systematically ignore all forms of evidence that cast doubt on the established view (for example the implications of the astronomical alignments of the Pyramids of Giza) while at the same time accusing us “alternative historians” of being “pseudo-scientists” who dishonestly “select” only evidence that supports our case and who ignore or even misrepresent contradictory data.

Readers will have to make up their own minds about such attacks. Meanwhile my own definite feeling, in such a hostile climate, is that it’s my job – and a real responsibility to be taken seriously — to undermine and cast doubt on the orthodox theory of history in every way that I can and to make the most eloquent and persuasive case that I am capable of making for the existence of a lost civilisation. If I’m wrong … fine! Let the Dobermans prove me wrong, or persuade the public that I am wrong. Whatever the outcome I’m glad to have played a part in forcing an intellectual elite – historians, Egyptologists, archaeologists – to defend their previously unquestioned theories and speculations about prehistory and to confront a well-worked-out alternative theory presented to a mass public in a series of bestselling books.

The outcome is indeed uncertain. Nevertheless, the evidence that orthodox scholars ignore and misrepresent has mounted up over the years and stands quietly in the shadows, refusing to go away. Each piece forms part of a larger pattern, and that pattern begins to suggest very different origins to history than those taught to us in school. In this alternative past the civilisations of Egypt, Mesopotamia, the Indus Valley, and Pre-Columbian America might not have arisen spontaneously – almost out of nowhere – as the historians would have us believe. Instead we must consider the possibility that they could have benefited from a shared legacy of culture and knowledge handed down to them from an earlier civilisation – lost to memory – that was ancestral to them all.

In one way or another all my books published during the 1990’s have addressed this theme: The Sign and the Seal, Fingerprints of the Gods, Keeper of Genesis (Message of the Sphinx in America), The Mars Mystery, and Heaven’s Mirror (click-on the book cover in each case for further information). My research has led me to the conclusion that we human beings could indeed have forgotten a major episode of our own history. I have argued that at around the end of the last Ice Age – earlier than 12,000 years ago – it is possible that a culturally advanced maritime civilisation flourished around the globe, primarily inhabiting protected coastlines close to the oceans. This culture was then effectively wiped out by the rapid sea-level rises – which would have been experienced as a series of cataclysmic floods – that accompanied the meltdown of the vast ice sheets that had covered millions of square miles of northern Europe and North America up to a depth of three miles thick for approximately the previous 100,000 years.

For reasons that I set out in my books, I regard it as almost beyond doubt that it is vivid and terrifying memories of the end of the last Ice Age – and of no later event – that are preserved in more than 600 myths and legends from all around the world referring to super-floods that rose up to the height of mountains and that brought about the virtual extermination of mankind.

Today archaeologists are beginning to find evidence of sites of previous human occupation far out to sea, where once there was dry land. It is here that I believe the incontrovertible remains of a lost civilisation are most likely to be found. In Chapter Twelve of Heaven’s Mirror I reported the results of my preliminary investigation into the now world-famous underwater monument of Yonaguni, near Okinawa in Japan – a massive outcrop of rock with its base at a depth of 27 metres which seems to have been crafted into steps, platforms and paths. Was it made by humans or is it a freak of nature? When was it above water, when was it submerged? If it is artificial then what might it have been used for? These questions have now expanded into a new book, Underworld, covering not only the controversial underwater monuments of Japan but other underwater structures, and mysterious megalithic sites above water all across the globe.

My next book Talisman – The Sacred Cities and The Secret Faith, co-authored by Robert Bauval, was released in May 2004, and republished in September 2011 as The Master Game. This work, a decade in preparation, returns to the themes last dealt with in Keeper of Genesis, seeking further evidence for the continuation of a secret astronomical cult into modern times. It is a roller-coaster intellectual journey through the back streets and rat runs of history to uncover the traces in architecture and monuments of a secret religion that has shaped the world.

In 2005 I published what was to be my last non-fiction book for some time – Supernatural: Meetings with the Ancient Teachers of Mankind. See here for further details: /supernatural/

Since 2005 I have been expanding my writing in the direction of fiction. My first novel, Entangled, is a tale of fantasy, adventure, time-travel and psychedelics. See here for further details.

Meanwhile in 2015 I returned to non-fiction with Magicians of the Gods, which in a sense is the sequel to Fingerprints of the Gods. And most recently, in 2019, I published America Before: The Key to Earth’s Lost Civilization, which reached No 6 in the New York Times non-fiction bestseller list. 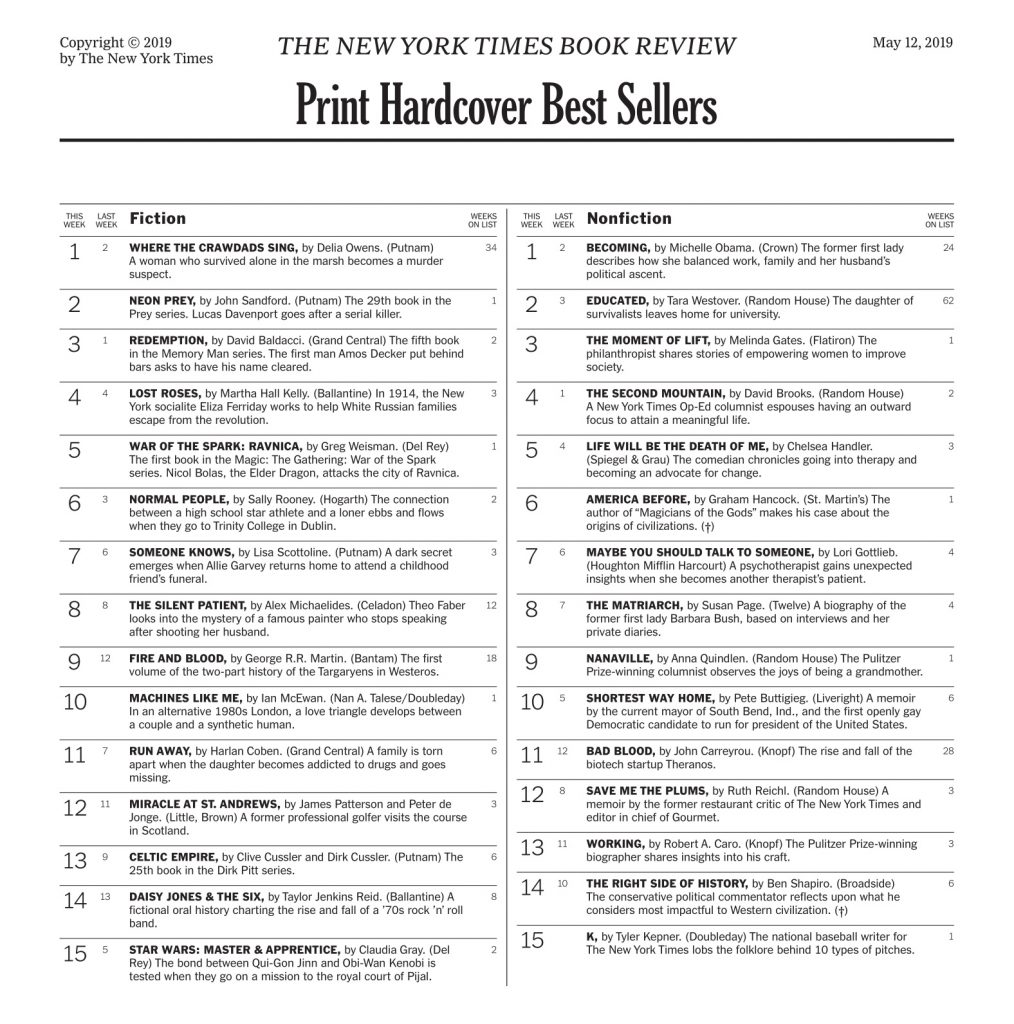