Is it time for Atlantis to Rest in Peace?

GRAHAM HANCOCK reviews The Atlantis Syndrome, by Paul Jordan,
The Atlantis Secret, by Alan F. Alford and Before the Flood by Ian Wilson.

How much do we really know about the origins of civilisation? Is the history and prehistory we’re taught in school giving us the whole picture? Or is something missing? Are there still any mysteries? Could there even be a lost Atlantis lurking somewhere in the night of time? 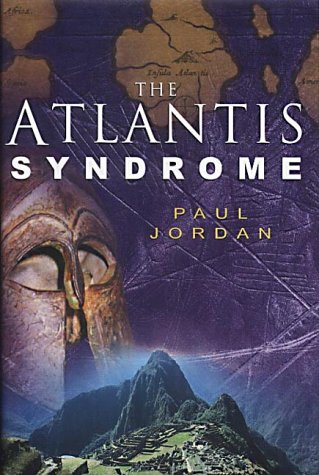 Many of us instinctively distrust the “experts” and have a gut feeling that something important is missing – although we may not be quite sure what. But in his recent book
The Atlantis Syndrome, science journalist Paul Jordan sets out to reassure us that historians and archaeologists, the
professional experts in this field, have got the story of the past pretty much right.

It is a story, claims Jordan, in which the scientific evidence leaves no room for Atlantis or anything remotely resembling the relatively advanced civilisation of 12,000 years ago that Plato bequeathed us the earliest surviving account of. At that date, as all archaeologists will tell you, mankind was still in the Stone Age and did not live in prosperous cities, possess great navies or colonise distant lands like Plato’s Atlanteans. Besides, Jordan argues, it is inconceivable that an island the size of Atlantis could have been inundated “in a single dreadful day and a night” by floods on the global scale that Plato describes.

Conclusion: Plato made the whole thing up to illustrate one of his political theories, and the abiding interest that continues to be shown in the possible reality of
Atlantis by a gullible public is best understood as some kind of “syndrome”, akin to a mental illness. It afflicts so many of us because we have an inbuilt
psychological need to believe in a long-lost golden age. Modern advocates of Atlantis, or of a lost civilisation by any other name, are therefore wrong and daft but
succeed in selling books because their ideas activate the public’s irrational belief in an impossible dream – i.e. the Atlantis syndrome. Amongst these advocates
Jordan includes myself and devotes good-humoured chapters to my books Fingerprints of the Gods and Heaven’s Mirror. His requiem for my work reads as follows:

In reality a tissue of mere speculations, often no better than unoccasioned questions, has been concocted in the interests of a psychological disposition to believe
in a unique original inspiration of mankind…This is indeed a religious concoction: a notable extension of a feature of the Atlantis Syndrome always present but never
previously so much to the fore. 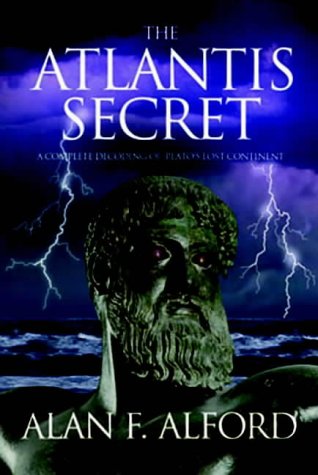 By chance it happens that a second book with Atlantis in its title (and with a weirdly similar cover design) has recently been competing for shelf-space with Jordan’s
Syndrome. This is The Atlantis Secret: A Complete Decoding of Plato’s Lost Continent. It is self-published by its
author Alan Alford, who wants us to know that he is “widely recognised as one of the world’s leading authorities on ancient mythology, comparative religion and mysticism.”

Alford has perfected the art of self-flattery. His book, he informs us early on, is “nothing short of a sensation” for it contains “not only a complete decoding of the
lost continent of Atlantis, but also a complete decoding of ancient Greek religion in its entirety.” He doesn’t want to “spoil the reader’s enjoyment” by giving away his
theory of Atlantis too soon (it is metaphor for an exploded planet and was linked in antiquity to an “exploded-planet cult”) but hints that “to search for Atlantis here
on earth, in the form of a lost civilisation, is…folly.”

To understand why the idea of a lost civilisation is “folly” (while the idea of an exploded planet is not), Alford is adamant that the reader must consume all 21 of his
hefty chapters, word for word:

This is in effect a kind of initiation process, which requires a certain amount of patience, self-discipline and thought from the reader. If the reader tries to short-cut
the process by speed-reading, skipping sections, or reading chapters out of sequence, then he will assuredly struggle to see the merits of my arguments and my theory,
and the initiation will have failed.

I have to confess that in my case the initiation failed dismally — for having struggled through Alford’s book I can see no merit at all either in his arguments or in his
storytelling. The Atlantis Secret remains in my view an impenetrable and pointless muddle. 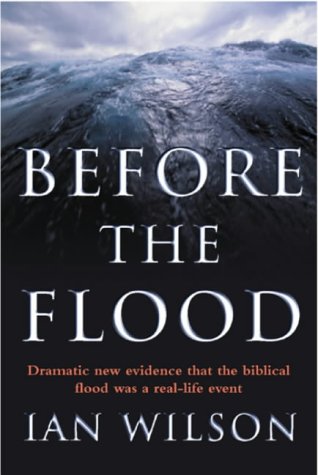 A third more readable and much more worthwhile book on a broadly “Atlantean” theme has also recently published. This is Ian Wilson’s
Before the Flood, which claims to present “dramatic new evidence that the Biblical Flood was a real-life event” and which seeks
to trace the origins of the Atlantis myth to the Black Sea.

Wilson’s main role here is to popularise and expand on the research and ideas of William Ryan and Walter Pitman, geologists at the Lamont-Doherty Earth Observatory in the US. Their research has suggested that a cataclysmic flood struck the Black Sea around 5600 BC when the waters of the Mediterranean (still rising at the end of the last Ice Age), broke through the Bosporous Strait rapidly inundating what had previously been a massive, low-lying inland lake basin that lay beyond. Ryan and Pitman, and now more forcefully Wilson, speculate that this antediluvian Black Sea basin may have been the home of an unusually advanced prehistoric culture. This idea has been reinforced by Bob Ballard, the discoverer of the Titanic, who has begun underwater survey work in the Black Sea and has already located substantial ruins, including what look like cut stone blocks, at a depth of around 90 metres.

The only real weakness of Wilson’s book – but it’s a big one – is that he grossly over-inflates his case for the unique importance of the Black Sea and fails to understand how puny a part it in fact played in the overall inundation of coastlines that took place all around the world at the end of the last Ice Age.

The Black Sea has a surface area of 461,000 square kilometres (178,000 square miles) — a little smaller than Spain. But as the great ice sheets of Northern Europe and North America melted down between about 15,000 years ago and 7000 years ago, global sea level rose by more than 100 metres and continental shelves everywhere were inundated — a total land loss that is now known to have exceeded 25 million square kilometres (about 10 million square miles). Albeit fragmented and deeply veiled by the sea, this is an area almost three times bigger than Canada, much bigger than China and Europe combined, and in fact about the same size as the United States and the whole of South and Central America added together.

Equivalent to about 5 per cent of the earth’s dry land today, many of the inundated coastal domains were in warm latitudes and would have been amongst the very best “refugia” available to humanity anywhere in the hostile Ice Age world. In evaluating their significance it is worth reminding ourselves that our ancestors in that period were denied access to much of Northern Europe and North America because of the ice sheets. So the 25 million square kilometres that were lost to the rising seas add up to a great deal more than 5 per cent of the earth’s useful and habitable landspace at that time. Moreover though not often “instantaneous”, it is now known that the post-glacial floods unfolded in three main episodes – one at around 14,000 years ago, one at around 11,000 years ago – close to Plato’s date for the submergence of Atlantis – and the last between 8000 and 7000 years ago. These certainly were global floods by any standard, and it is neither to Wilson’s nor Jordan’s credit that they can only make their own very different arguments stand up by ignoring them.

Despite being confined to the Black Sea by Wilson, relegated to an exploded planet by Alford, seriously proposed as a mental aberration by Jordan, and subjected to the unrelenting scorn and derision of orthodox prehistorians, I therefore do not expect that Atlantis is going to roll over and die anytime soon. What saves it as an idea and makes it relevant to the future of archaeology is this unexplored and unexcavated flooded “underworld” of 25 million square kilometres that no-one has yet properly taken account of. A good start has been made by Bob Ballard in the Black Sea – currently fashionable thanks to Pitman and Ryan’s scientific work — but marine archaeologists have barely even begun a systematic survey for possible submerged sites in other areas and most regard it as a waste of time even to look. The serious money in this relatively new field still goes almost exclusively into the search for shipwrecks. In consequence, the enormous implications of the changes in land-use and rising sea-levels between 15,000 and 7000 years ago, do not appear ever to have been properly considered by historians and archaeologists seeking the origins of civilisation. Nor has any thought been given to the remarkable flood myths that emanate from all these places, of which Atlantis is just one.