The artefacts in these images were dredged up in the Gulf of Cambay, off the North West coast of India, in operations conducted in November 2001. They are among thousands of other objects and artefacts recovered in the same locality, identified by India’s National Institute of Ocean Technology (NIOT) as the site of two flooded prehistoric cities. A piece of wood amongst the artifacts (photographs below) was carbon dated at two different laboratories – one giving a date of 8500 years ago and the other of 9500 years ago.

Ridged or turned effect on outer surface, looks as though it could have been turned on some sort of lathe. There is a hollow passage through the middle, possibly drilled.

Overall appearance of this object indicates it was manufactured or created by hand rather than having been formed by natural forces within the environment. 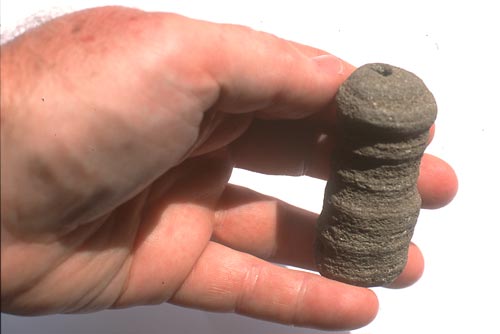 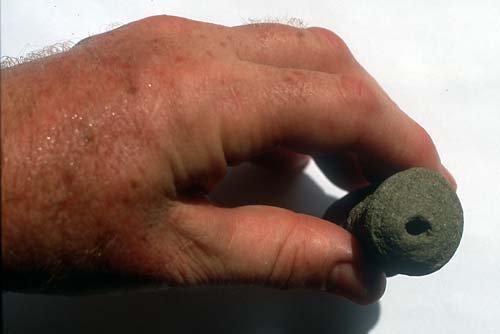 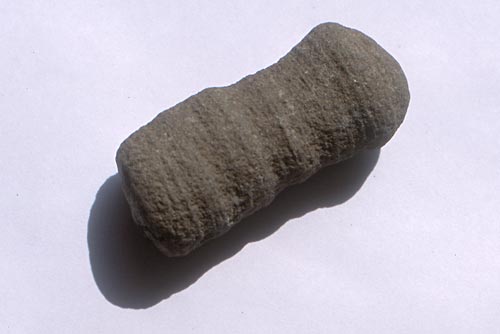 Possibly the arm of a figurine with a bracelet placed on the wrist section adjacent to the presumed now missing hand. 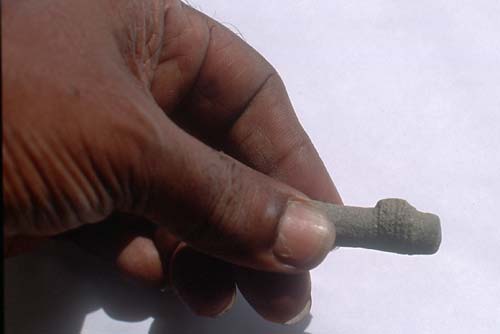 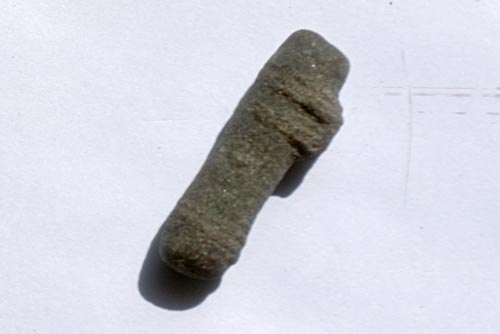 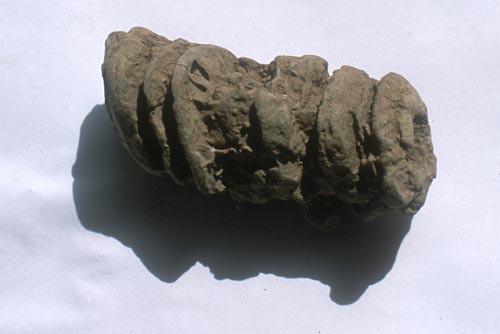 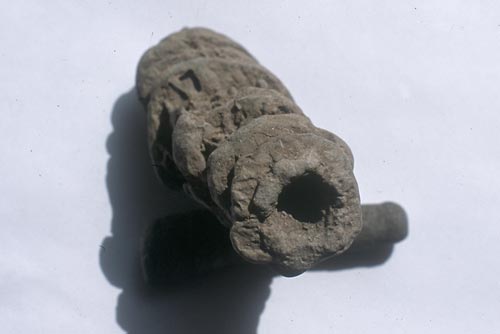 Group of four objects including tooth, ivory bead and spoon. 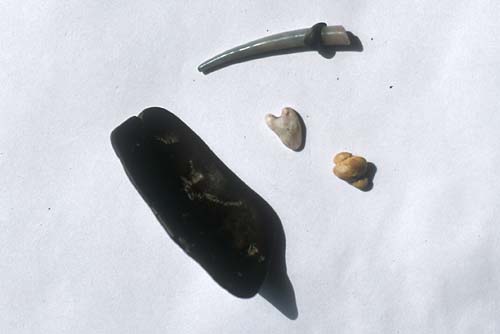 Four different asymmetrical objects, each with a differently shaped central hole, one or two of which appear to have been squared off. 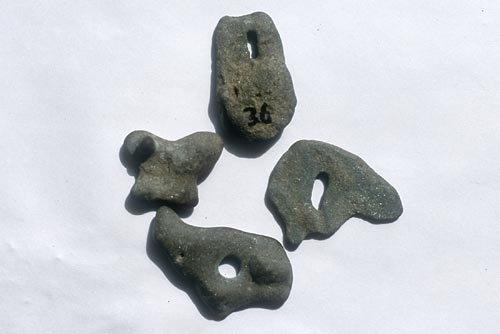 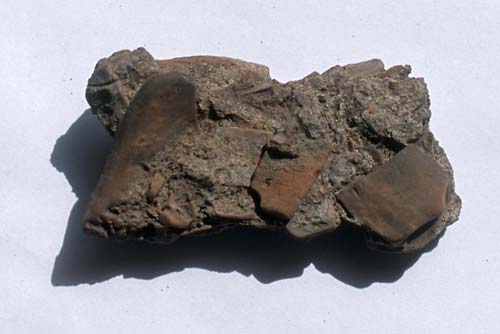 Possible carving representing the neck and head of a deer or other animal. The even, raised/grooved curve along the neck and head is striking in its appearance and appears symmetrically on both sides of the object, indicating not only human agency in its creation, but also that a high degree of skill was employed in its execution. 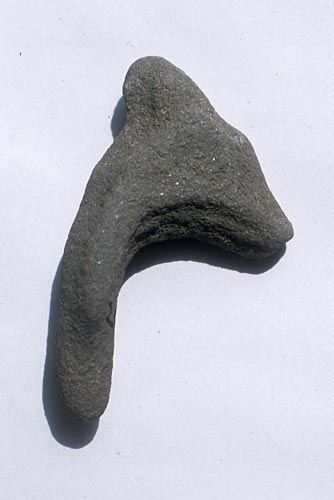 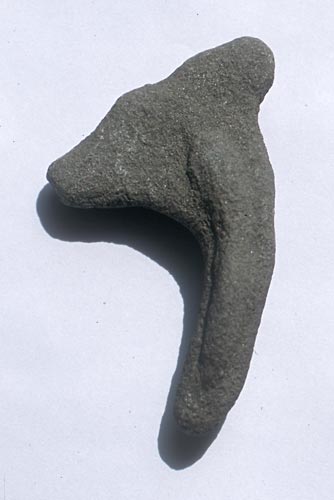 Stone slab suggested by the NIOT to be engraved with archaic script, or other deliberate markings or symbols. 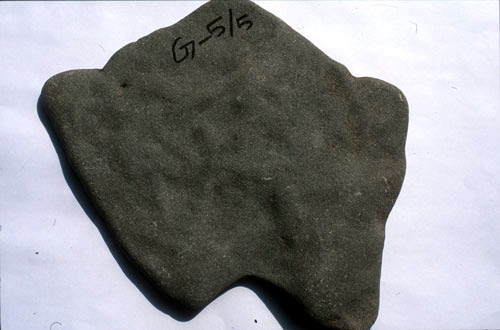 Piece of wood, dated to 8500 and 9500 years ago – stump of tree trunk or large branch. A notable feature is what appear to be cut or tool marks on one side of the object, most evident in images 1 and 2. 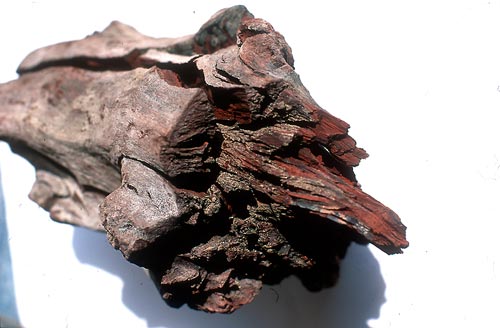 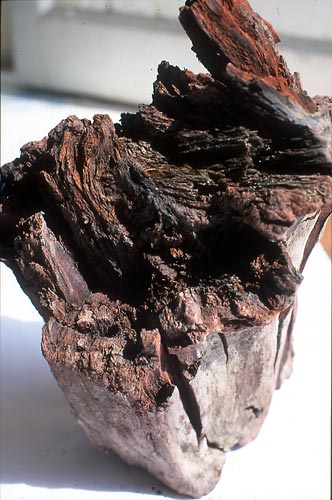 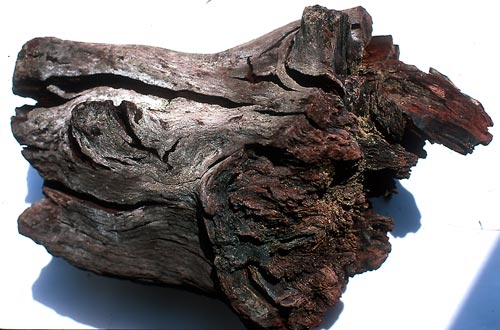 These images are Copyright © 2002 Santha Faiia. None of the images may be reproduced without the prior written permission of the copyright holder.