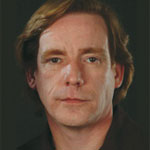 Peter Gandy, co-author with Timothy Freke of the popular and controversial book ‘The Jesus Mysteries’ which examined and called into question the existence of a historical Jesus, is the first Community Interview by the GHMB.

1) Could Greek philosophy have originated with Moses and a Jewish oral
tradition, or could they share a common source?
Question by: wordsmyth
[Full text]

First one would have to prove the existence of Moses, and this has not been done. I am convinced by the ‘Biblical Minimalists’ case that Jewish culture did not originate until well into the Hellenistic era.

2) Could Abraham be a Brahmin from India?

Again, one would have to prove the historicity of Abraham and that has not been done.

3) Could the Orpheus/Bacchos amulet suggest that *Jesus* is becoming a
Bacchos instead of Orpheus?

I must confess that I am not sure what the amulet inscription really means. However there is no reference to ‘Jesus’ either directly or indirectly. In my opinion the figure could be either Orpheus as a mystagogue who has become a Bacchoi, or Bacchus himself.

4) What do you think of the fact that the Nag Hammadi texts was buried
around the same time Theodosius ordered the destruction of the
Sarapeum?

I suspect that whoever concealed the Nag Hammadi codex fully intended to return and collect them one day. Something, or someone, or some cataclysmic event prevented them from doing so.

5) Has it ever struck you that Early Christianity (Pre-Jesus) was
almost identical to Catharism or its predecessor Bogomilism in
practice? Was the heresy actually a reform movement or revival of
Gnosticism?

6) Do you think that any of Jesus’ progenitors could have been or were real?

There was a lively debate in the ancient world about this.  Euhemerus famously suggested that the gods were originally human beings who had become deified.  He has given his name, Euhemerism to this belief.  Wikipedia defines Euhemirism like this. ‘Euhemerus has become known chiefly for a rationalizing method of interpretation, known as “Euhemerism”, which treats mythological accounts as a reflection of historical events, or mythological characters as historical personages but which were shaped, exaggerated or altered by retelling and traditional mores. In more recent literature of myth, such as in Bulfinch’s Mythology, Euhemerism is called the “Historical Interpretation” of mythology.’  Viewed from this perspective, Christianity can be seen as Euhemiristic.  I.e, as the belief that the mythical figure of Jesus Christ once existed as a real man about whom mythological elements have accreted.  I disagree with this however as I believe that no such figure as Jesus ever existed.

7) Has your work “converted” any Christians? And what has been the
general response from them?

In the dozen years since ‘The Jesus Mysteries’ was published we have received many emails from Christians who once believed that a man called Jesus began the religion of Christianity but no longer do so. Our work may have had some influence upon them, but I suspect that it is the cumulative effect of reading many authors (George Wells, Robert Price, Earl Doherty and others) who have led them to abandon Christian Literalism. At least, I hope so. I am not happy with anyone believing something just because of ONE book they might have read.

8) Why did the Sun-God myth stop with Jesus and not get recycled to
keep up with cultural change? Do you forsee a neo-Jesus coming along
soon?

I don’t think the Sun-God myth did stop with Jesus. After all we celebrate Christmas in close proximity to the Winter solstice and Easter close to the Vernal equinox. And to the second part of your question, there are neo-Jesuses coming along all the time. Every sect of Christianity has there own Jesus who is in contradistinction to every other sect’s Jesus. Hence the antagonism between them.

9) Do you think Hermes was real? And what do you think of his Lament?
(read HERE by Graham)

No I do not believe Hermes was real in the sense that he actually existed as an historical figure. For the simple reason that I do not believe that ANY human being with divine superpowers ever existed. In my opinion Hermes, as presented in the Hermetic texts, is a literary vehicle for the presentation of Egyptian/Babylonian/Greek philosophy. I love the lament and find it full of pathos. Especially in the light of the destruction that was wreaked on Egypt by the Christian take-over of the Roman Empire. However, it was, in my opinion, written by a man, or a woman. A very wise man or woman, but a mere mortal nonetheless.

10) In my researches I read that the Egyptians had a 3 day
ceremony/passion play for Osiris. I have never been able to find the
text of such a liturgy. In your studies, have you found such a thing?

Herodotus tells us of such a thing, but as an initiate of the Greek Mysteries, he was loathe to tell us too much about it.

11) Since writing ‘The Jesus Mysteries’, has your opinion on the
existence of Jesus has changed in any way? Has any new information
come to light since you wrote it? And what is the strongest piece of
evidence against the physical existence of Jesus?

There is not a shred of evidence for the existence of Jesus. I’m sorry to be so blunt, but such is the case.

12) What do you think of the evidence that suggest Jesus did not die
on the cross, but instead had only a near death experience?

As I don’t believe that there was an historical Jesus this is rather a moot point!

13) If the genesis of Jesus is in Osiris, from what well does Osiris
spring? is their any record or any clue?
Also- Who would YOU love to see do a Community Interview on the GHMB?

The Osiris myth is present at the very origination of Egyptian culture, as demonstrated by the pyramid texts at Saqqara. And as the Egyptians themselves claimed to not be auto-chthonic, we might speculate that the myth goes back to a pre-Egyptian (perhaps Saharan?) culture of Neolithic or even Paleolithic origin.

Who would I love to see do a community interview on the GHMB? The Dalai Lama. A very wise and kind man.

14) Do you have any more similarly-themed books to ‘The Jesus
Mysteries’ et al planned for the future?

My co-author Tim and I are always working on new projects, but I’m a firm believer in not talking about such things as it can blunt the impetus to get on and write it! I would like to conclude with a big thank-you to Luke Hancock for giving me the opportunity to chat with you all.