I was fortunate to be invited to accompany a small group of people from Russia to travel together around Peru and Bolivia in April of 2013.

One of the travelers was a known Russian scientist, a Doctor in Sciences in the fields of biogeography, geography of the soils, ecology and evolution. (Institute of Ecology and Evolution, Russian Academy of Sciences, 1994)

At first I was rather skeptical about the idea of introducing a scientist to plant medicine shamanism using the sacred visionary cactus Huachuma, also known as San Pedro. It was hard to imagine “professor” ( our friendly nickname for him) enjoying the metaphysical, spiritual realm while seeing himself and the world through a new lens of altered state of consciousness as he walked amongst the Andean peaks or stared at ancient cave paintings surrounded by poisonous snakes. Little did I know that he was leading expeditions in the Caucasus Mountains when I was still in kindergarten. Although the consciousness expanding plants never were his companions on his expeditions, he was physically and mentally fit and ready for a mystical journey.

Right from the start when I picked up the group in Cusco airport he asked me to call him by his first name and use the word ‘’you’’ in the informal singular way, like a friend. There is no word in English to address a person in a formal singular, but there is word in Russian, usually used when addressing someone you don’t know, older than you or higher in rank. Well, he asked to leave that courtesy behind before we left the airport. And even though I tried to call him as he asked, I still struggled to relate to him as such.

It wasn’t long before we bonded our friendship. His down to earth personality, humorous character and brilliant mind made the journey all the more interesting. 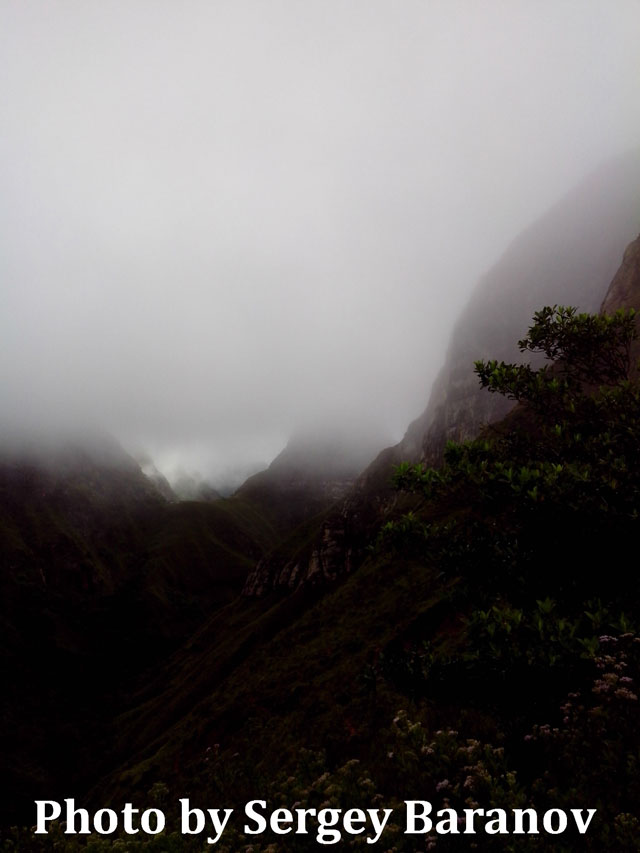 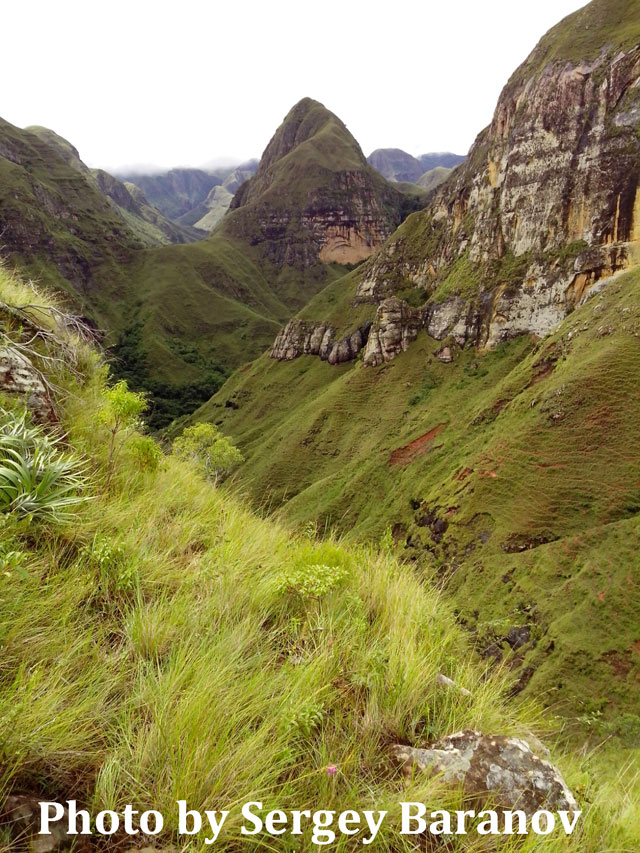 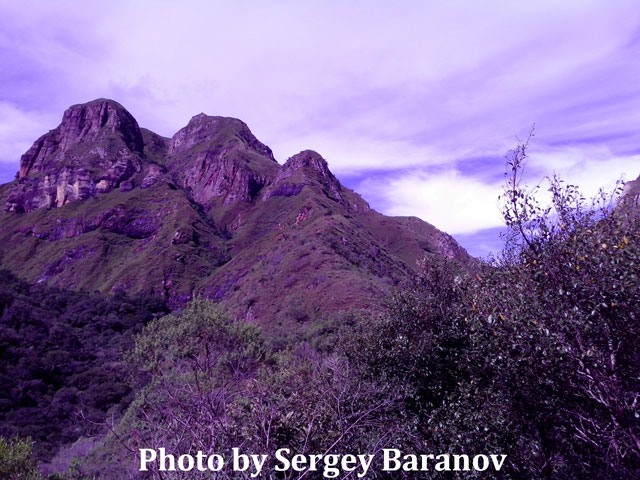 (Natural colors seen during the sunset)

I must admit that I was slightly annoyed by the constant stopping and waiting for him analyzing nearly each plant and a rock on the way, especially in Bolivia. Neither was I excited to learn the scientific names of surrounding flora. But watching him being himself and truly enjoying his new discoveries which he was finding under each bush was quite interesting. It was like watching a scholar who after decades of time spent in the library has been finally released into the wild to recognize drawings he knew from the books in the foreign terrain. Watching him exploring nature I thought how much could be contributed to the advancement of knowledge if at least a small segment of scientific community worldwide would be like him – open and alive.

I remember our laugh while being deep in the sacred medicine when he said: ‘’if only my students would see me now’’. His appearance at that moment was somewhat incongruent with his role as professor, lecturer and a frequent guest on the national TV.

Among the many things we talked about was when I expressed my disappointment about seeing science in the West becoming more a language of dogma than a voice for the truth. He shared with me that he knows scientists, including his foreign colleagues who are open-minded people but are free to share unconventional views only in private.

During our numerous conversations on different topics, one thing he said was especially touching: Once during the ceremony, after sharing a long silence while gazing at beautiful snow peaks of the magnificent Andes, he told me that this – referring to the shamanic experience – was the missing link in his life.

Hearing these words from a scientist of his rank was significant. 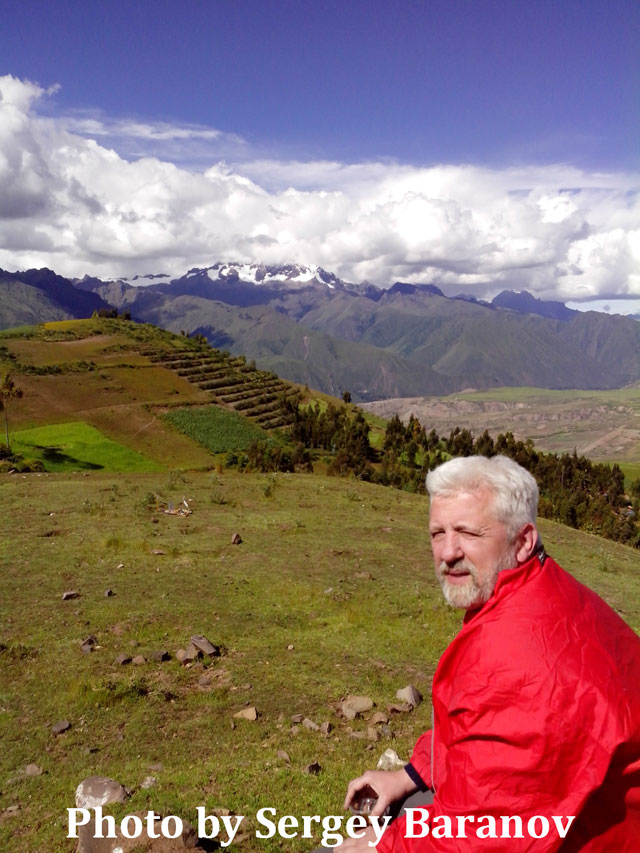 I could easily write a chapter or two about this man going through memories which were created during the two week time we spent together, and I still might in the future, but for now I will limit myself to just one more episode of our journey in Bolivia which I thought was rather funny.

It was toward the end of our travel when while walking in the mountains, I found what appeared to be a psilocybin mushrooms growing out of a cow feces. 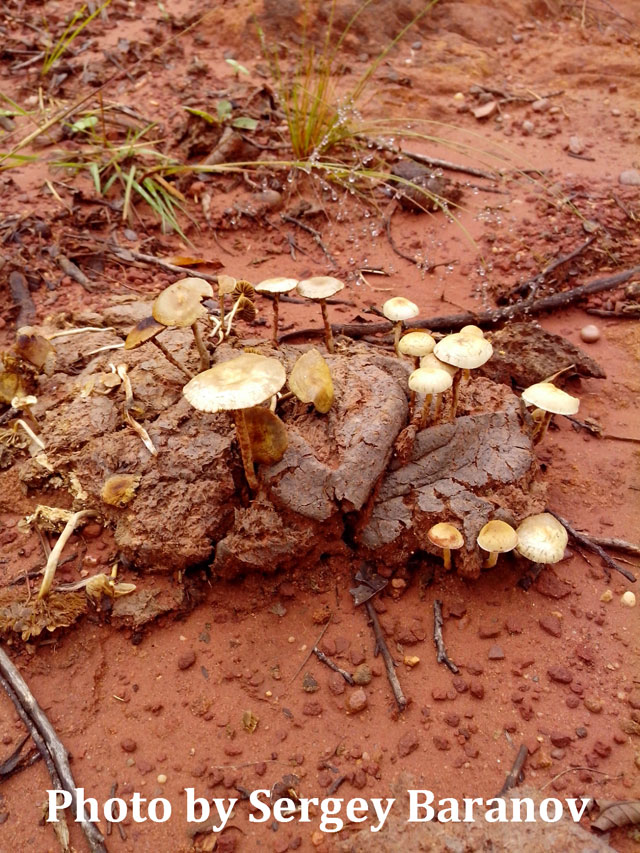 What struck me most in that moment was that my first thought was to get it analyzed in the lab, and only second – testing it myself. The same observation I made in the cave which we visited earlier, when looking at the ancient paintings on the walls, was feeling sorry that I didn’t have a hammer and chisel with me to get a sample of the rock. Giggling quietly, I thought that if I were to spend another week or two with my new friend, most likely he would inspire me to write a thesis upon my arrival home.

As far as describing our time exploring the caves, it would be hard to convey in words the feeling of being in altered state of consciousness, silently looking at the pre-historic paintings which I felt could be predating the last ice age by tens of thousands of years.

Who were these artists and who were they depicting on the walls? 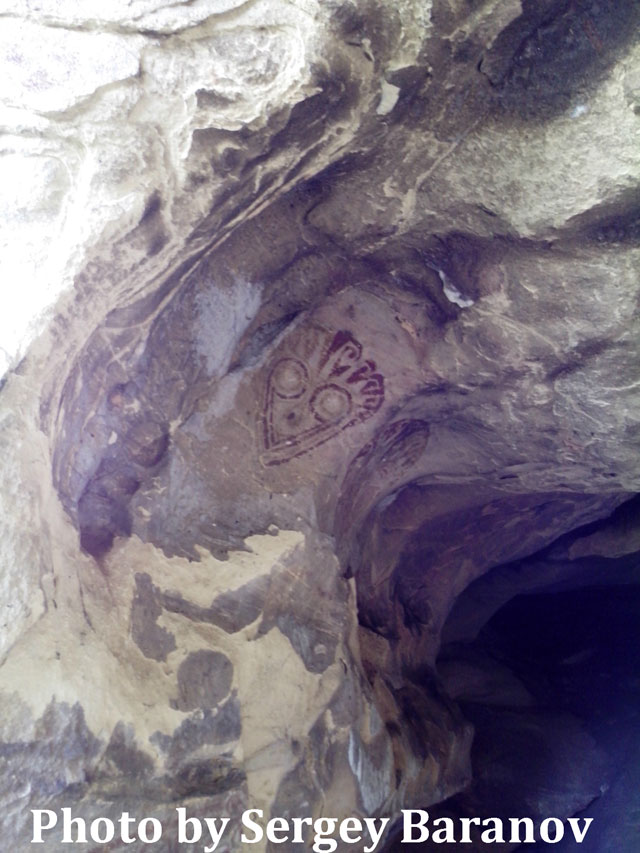 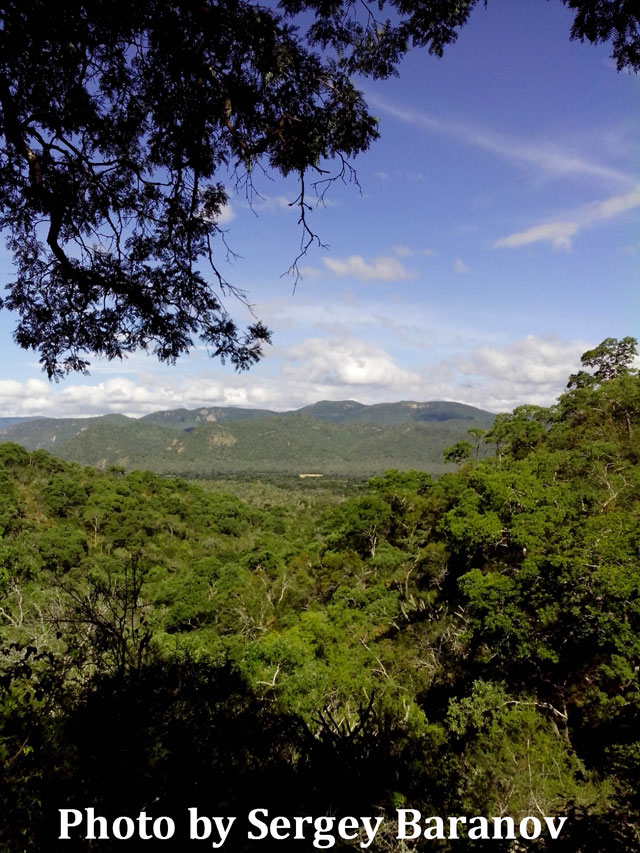 (View from the cave)

These weren’t bulls and bison, hunting scenes or abstract patterns found in the caves in France and Spain. These were depictions of non-human entities which could be either inner-dimensional beings which are often met after ingesting tryptamine related plants, or these could be extraterrestrial visitors making appearances in great antiquity. I didn’t want to rush to discount the first possibility, even though my personal encounters with these entities weren’t so graphic. I never saw their faces in so much detail, rather silhouettes of presence of self-conscious beings.

In any case, I felt that more research and exploration is needed to get closer to an answer.

Our next expedition to the remote places of Bolivian highlands and its mysterious caves will be our attempt to find more puzzles to form a picture reflecting the distant past.