Recently, my attention has been drawn to the ongoing work of Welsh researcher Paul C. Muir. For the past several years, Muir has been conducting photographic and video surveys of sacred sites throughout Wales and Great Britain. The goal: to record unseen energy phenomenon occurring at the sites, which consist mainly of stone circles, standing stones, dolmans, chambers and the like. Muir spent hundreds of hours recording images at different sites, sometimes taking hundreds of images in a single night. His work opens the door to many new questions in a field where there are already far more questions than answers. However, his objective and scientific approach and the techniques he used in capturing the images go along way towards proving what the images are not. Using multiple cameras and recording simultaneously from different angles and under different conditions, Muir's work has shown that many of the common explanations must now be dismissed.

Many who have seen such pictures, which have been captured both day and night by film and digital technology, believe they show light reflecting off unseen dust or moisture particles suspended in our atmosphere. Another common explanation is dust or water on the camera lens when the photo was taken. By using a standardized approach, triangulating the photographic subjects with two cameras and photographing in many different documented conditions, Muir has shown that the same orb images appear in both set of camera photos and under many varying conditions, making the "dirty lens" and "particle reflection" theories all but impossible as the cause of the orbs that appear in his images.

So, if they are not optical illusions what exactly are they? Some have speculated they are "spirit energy" or the energy signatures of ghosts. Still others report the orbs as "life energy" or the energy put off by living organisms, plant or animal; some energy signature every living thing gives off. Perhaps they're a conduit or a means by which energy is transferred. A research project in Florida studying orbs believes they're atmospheric plasma energy and refers to them as Unified Field Plasmoids (UFP's) described as a phenomenon related to ball lightning.

Muir's research assigns an electrical charge to the orbs and this attribute has been confirmed by the research team in Florida which has measured and recorded the energy using handheld electromagnetic field detectors. Many of the orb photos have been taken at sites were strong electromagnetic anomalies have been detected previously using similar equipment. The question is: are the orbs attracted to the strong electromagnetic fields associated with many ancient sacred sites or are the orbs themselves responsible for the measurable EM fields that exist at a site. And, is this clear evidence of a connection between the appearance of orbs and the existence of an electromagnetic field at the sites where they appear? More research is needed to arrive at a clear understanding of this aspect of the phenomenon.

Muir believes the phenomenon has been recorded for many centuries and cites a sixteenth century German woodcut showing unusual orb-like "objects" in the sky over Nuremburg. He also believes "orbs" appear in many images seen in prehistoric rock art and cites and correlates examples of this as well. 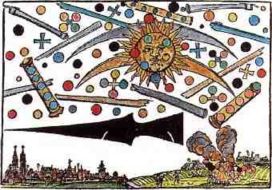 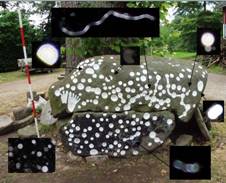 Through his research, Muir had also developed a standardized photographic guide to capturing these orbs on digital cameras and believes anyone who looks can find these orb images in photos they've taken.

I tested this and began looking for orbs in digital images my wife and I had taken recently with our digital cameras. And, sure enough, there they were. Not in every image, but in some there were "orbs" we had missed or simply dismissed when we first looked at the images. 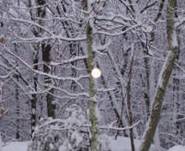 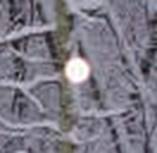 Orb appearing in image taken by my wife Stephanie this winter in Woodstock, NY

Also, as I am a member or NEARA (New England Antiquities Research Association), I asked some NEARA members to look through past photos taken of "ancient" stone structure in the northeast U.S. to see if any unusual "orb" images were captured. I was quite surprised by the images I received in response.

NEARA member Terry Bierce provided me with several examples of photos taken at stone chambers located in upstate New York. Multiple orb images were clearly visible in all eight photos Terry sent. She indicated she had no idea what they were but had certainly notices their presence in the photos. The chamber are a mystery themselves, some believing them thousands of years old and influenced by Celts while others believe them the work of European colonial settlers in historic times. In any event they are quite old and are likely the closest thing the United States has to megalithic structures. It's been shown by researcher Enrique Noguera, that many of the chambers have winter solstice sunrise alignments. And, strong electromagnetic anomalies or "hot spots" have been documented at many of the hundreds of Putnam County, NY stone chambers by Earth Scientist Philip Imbrogno and researchers working with scientist John Burke. 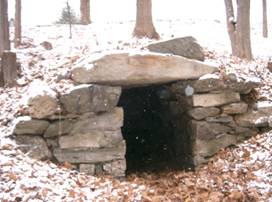 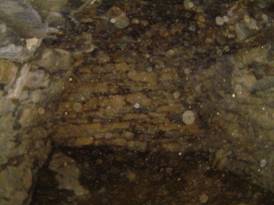 Orbs photographed by Terry Bierce outside and inside stone chambers located in Putnam County, New York.

Paul Muir has spent a great deal of time systematically examining, analyzing, categorizing and cataloging the different types of energy patterns recorded at the many sites where he conducted surveys. His work shows the "energy fields" come in many different shapes, sizes and configurations including "bars", "mists", "clusters", "waves", "helixes", "strings and "strands". Some photographic examples are below.

Muir has also shown visually, with frame by frame video images, how these various patterns move and transform from one to another, while for the most part remaining invisible to the unaided eye. The movements of the orbs are of particular interest as their motion appears not to be random and they seem to move in both a linear and non linear fashion. A question to consider is: What mechanism of propulsion is responsible for the movement? Orbs also seem to defy the laws of gravity and inertia. More research is needed before conclusions can be drawn. 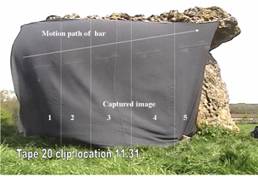 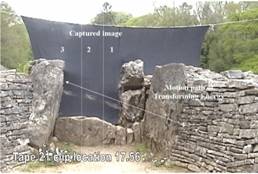 One interesting observation about the orbs and energy fields is that, like snowflakes, no two appear exactly alike. Each appears unique unto itself and many different qualities can be discerned between any two, including size, shape, color, density, transparency and component structure configuration.

Orb research is in it's infancy but the field is ripe for scientific inquire and discovery related to atmospheric plasma physics, quantum mechanics, math and specialized photography. Along the way we might gain some further insight into how this seemingly unseen element of nature is connected to our physical world, leading to a greater understanding of how "orbs" function in our environment and what purpose they serve if any.

Paul C. Muir's book Orbs, Energy & Mists – The Secrets of the Ancients, will be published shortly.