We warmly welcome Michael Michailidis and Adamantios Petritsis, creators of the YouTube channel Ancient Greece Revisited, as our featured authors for March. On Ancient Greece Revisited, Michael and Adamantios bring to life a vision of Greece that goes against the British Hellenists’ version, that was drained of colour and made universal to this day. By retelling and reinterpreting the Greek myths, they lift the antiquated veil to reveal an ancient Greece that has been much misunderstood. Their article linked here explores the traces of the ‘Great Goddess’ found in mythology and examines her place in the hearts and minds of the ancients.

Interact with Michael and Adamantios on our AoM Forum here.

In 1861, a book appeared in Basel. It was called “Das Mutterrecht,” and through its obscure pages, it proposed a controversial yet groundbreaking theory: that all human cultures, and long before they developed the patriarchal structures we know of today, began… as matriarchies [1]. Its author was a Swiss antiquarian and professor of Law, Johann Jakob Bachofen, and his book was aptly named “Mother Right,” in reference to what he believed was the original “social contract” of early human cultures.

The historical climate at this time was far from neutral. Following the Revolution in France and Napoleon’s early victories, a wave of nationalism had swept the Continent, and new nations were beginning to form the map of Europe as we know it today.  Together with this change came a need for a new historical narrative, one that could link these newly-minted nations to the line of European history, and archeology began to be a prime focus. A critical moment in these developments was reached a short decade after “Mother Right” saw print, and when German businessman and self-taught archeologist Heinrich Schliemann discovered in Turkey the site of an ancient fortress, which he believed was the original site of “Ilion”, the mythical castle of Troy that inspired Homer’s first epic: the “Iliad.”As news reached his homeland of Germany, Schliemann’s discoveries began to assume a new meaning: that of a “pagan alternative” to the origin-myth of Christian Europe, while his admirers painted those early Greeks of Homer as part of a “proto-Aryan” culture, a patriarchal world of warrior kings. [2].

But while Schliemann’s theories about a prehistoric patriarchy, a warrior culture as had been described by Homer was proven to be correct, nothing by way of a prehistoric matriarchy was, as of yet, backed by any evidence. And so, in 1896, as the last Turkish troops were departing from a liberated Crete, destiny would leave the task to an English archeologist: Arthur Evans, who first managed to obtain the necessary permits by the newly established government… and began digging. Soon after, and during the summer of 1900, Evans hit upon the ruins of a palace, one that, much like Schliemann’s Troy, belonged to the Greek Bronze Age, a thousand years before the Parthenon was built. The fragments he found from the palace walls appeared to have portrayed a dancing group of young men and women playing half-naked in nature, while his most important discovery by way of proving the existence of an archaic matriarchy were the two female idols that he found lying in the palatial ruins, representing a priestess or goddess with bare breasts holding a snake in each hand. At the sight of these findings, Evans became convinced that he had reached the locus of a “Mother Right” type culture, and, filled with enthusiasm, he commissioned a project of restoration so radical that it would later put serious doubts on his scientific integrity. Some, in fact, would go as far as claiming that Evans had not discovered, as much as invented his new culture. But for all the doubts, the name this romantic Englishman gave to the newly unearthed civilization would stick, and would since describe the Cretan Bronze Age: “Minoan Civilization.” 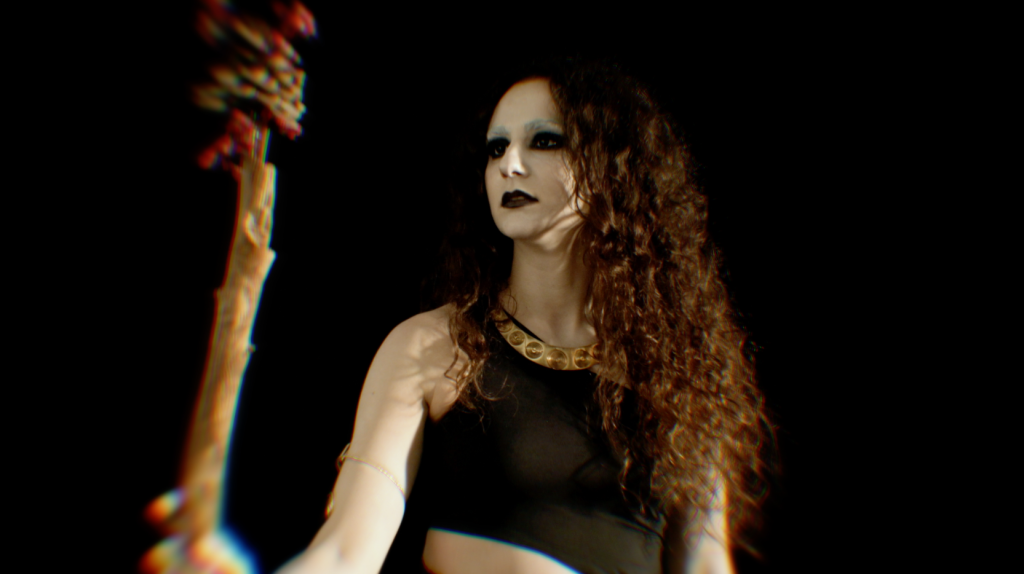 Whatever the historical details truly are, however, if one turns their attention to Greek mythology, one can hear echoes of what appears to be a “dialogue” between two distinct cultures: one Earth-Oriented, more mystical and even feminine, and the other Sky-Worshiping, warrior-like and masculine [3]. In various legends, Zeus, sky-god par excellence, is imagined as ravaging young maidens that bear a close resemblance to “Minoan” goddesses. One such legend is the birth of Dionysus. There, Zeus fell in love with Semele, a beautiful young mortal whose name has been traced etymologically to an early form of the Greek word for “earth.” An “earth deity” perhaps, one who might once have stood supreme in her own pantheon, long before the Indo-European Greeks or Dorians came down from the north bringing their thunder god. Zeus descended from his mountain tops and into Semele’s embrace transformed into a mortal. Through their union, Semele would conceive a child, but Hera, the jealous wife of Zeus, tempted Semele to ask the sky-god to reveal himself in his divine, rather than human form. Alas, the trick was a deadly one, and when Semele insisted on seeing Zeus in his true form, he exploded in a dash of lightning, burning Semele to the ground. In sorrow, Zeus took pity on their child, still in her dead mother’s womb, and placed it inside of his thigh, from where he would be born as Dionysus. 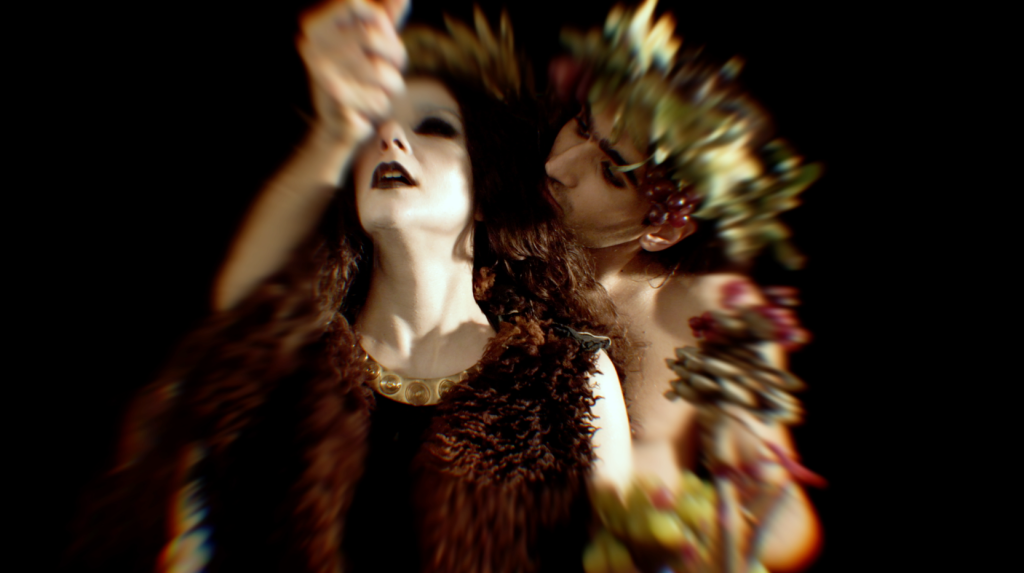 The myth retold as well as many others, shows traces of a union, one between the earth-worshipping “Minoans” that Evans re-discovered, and the Dorian Greeks who came into the Greek peninsula from the north around the 12th century BC. What followed is often called the “Collapse of the Bronze Age,” a historical event where major city centers were abandoned and writing was forgotten for the next 200 years. In Homer’s ”Iliad,” his first of his two great epics, we find a world of practically illiterate warrior-kings, descendants perhaps of these first Greek Indo-Europeans. But while in the Iliad women are presented as trophies to be passed along among warriors, in Homer’s second epic, the Odyssey, we find the resurgence of the Great Goddess in the form of powerful witches. There, we hear of Odysseus, a warrior who fought against Troy, now reduced into a shipwreck trying desperately to find his way back to Ithaca, his island kingdom. Leaving Troy, Odysseus had plundered a city on his way back, and Poseidon, god of the sea, had punished him with a storm that cast him way off course. What follows would be a series of encounters with female characters, witches, who, unlike the maidens of Troy, now appear more powerful than even the men who try to take them. In the first of such encounters, we find Circe, a sorceress who enchants the animals with her voice, and who turns Odysseus’ men into pigs. Odysseus overcomes her not by strength but cunning, and through the help of the god Hermes, a trickster-god rather than a warrior. Circe shows Odyseus the way to the underworld, the realm of feminine mystique, where he meets with his old friends who together fought against Troy.

The second incarnation of the Great Goddess in the Odyssey is Calypso. Unlike Circe, she is serene and welcoming and shelters Odysseus in her remote island home, offering to him the gift of immortality if only he would stay with her. Odysseus refuses and tries one more time to return only to be shipwrecked again on the island of the Phaecians. Upon reaching the shore, Odysseus witnesses a young girl: Nausica, the king’s daughter, who helps Odysseus reach her father. From there, Odysseus finally finds his way back, and into the embrace of his still loyal wife. Notice how these women form a sequence: from the evil witch Circe to the gentle goddess Calypso, to the absolute purity of Nausica. It’s as if Odysseus learns to see the feminine in more and more accepting terms, and without being afraid any longer. For some interpreters of this myth [4], the Odysseys works as an “engine of transformation,” where the old Dorian culture that conquered over the Minoan world of the Bronze Age, slowly understood and incorporated the most vital parts.

Another great myth that illustrates this transformation is the birth of Athena. We are told that Zeus, the Indo-European thunder god, laid with Metis; a goddess, whose ability to transform into any animal she wished reminds us of those early Minoan figurines collectively named “Lady of the Beasts.” Zeus had been given a prophecy, foretelling his downfall from one of his own children, and so, when Metis got pregnant Zeus challenged her to display her powers by transforming into a fly. Alas, it was a trick played by the thunder god, for when she succeeded and began to fly around him, Zeus swallowed her together with their unborn child. Days later, Zeus was walking casually near a lake, when his head began to hurt with a terrible ache. Screaming in agony, he summoned Hephestus, the ironsmith of the gods, who raised his mighty hammer and cracked Zeus’ skull open, out from which came the child that he nearly destroyed: a woman, no less, but one with all the masculine traits of a warrior. Her name was Athena, and her statue would adorn the city of Athens during its absolute heights in the 5th century BC.

Again, here, we are witnessing an act of transformation, of “metabolism” even, where the conquering Dorians could not entirely “stomach” the highly developed cultures that pre-existed them, and were simply forced to give birth to something new. That “something” was… Classical Greece, a culture that incorporated the warrior ethos of Homer with the most cultured elements of the Minoan Bronze Age. This does not suggest, of course, that women were placed once again in a position of equality. But myths do not necessarily work on the plane of history but on the collective unconscious of the people who create them. Nor does this mean, on the other hand, that myths happen “inside of our heads” only. Rather, the change in the types of stories we tell betrays a deep and often lasting change in the collective attitudes that we hold. Likewise, the assimilation of the Goddess in Greek mythology must have something to do with the fact that only after Athena was born and Odysseus came home to his wife, the culture that we know as Ancient Greece reached its full potential. 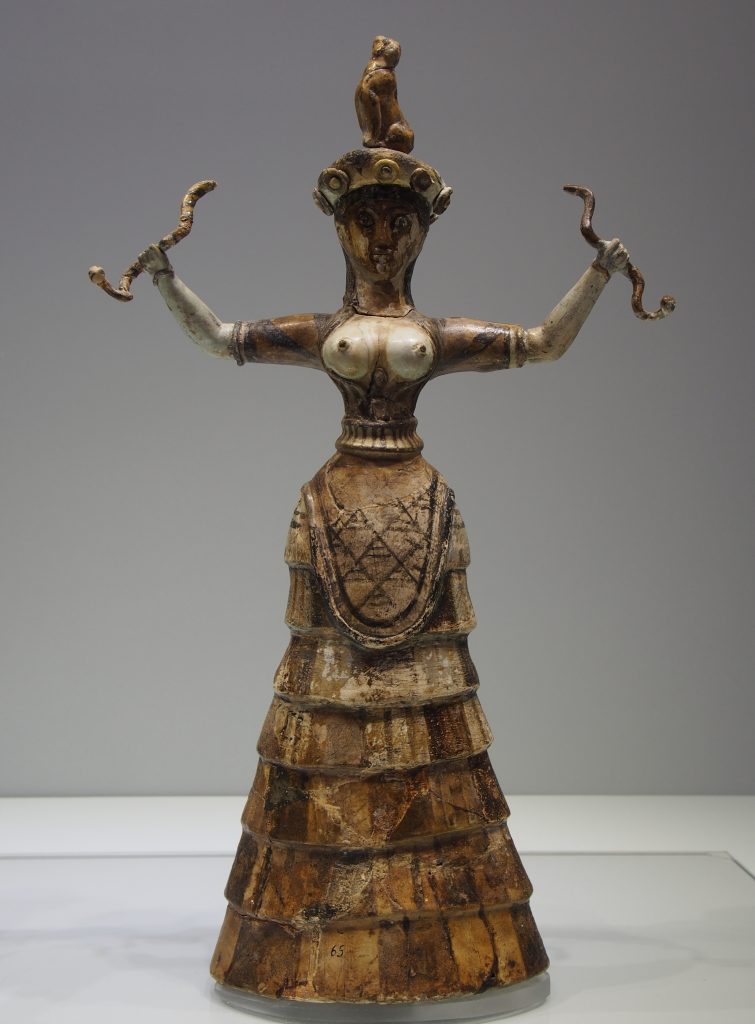 7 thoughts on “The Great Goddess”