It is with pleasure that we welcome our last AoM of 2017, RN Vooght, and his ode to the stars, The Spirit in the Sky.

Vooght draws on the work of Rick Strassman and the Magical Egypt collective, to reintroduce us to omnipresent Osiris; dweller of the stars, messenger of the past… the perfect embodiment of all things acacia.

The so-called ‘global awakening’ that is happening is becoming increasingly apparent, but no one really knows quite what it means or what it may entail. I believe that the answer may be quite literally written in the stars – should we know where, or indeed how – to look!

Compiled upon the broad shoulders of giants and their significant contribution to the missing chapters of the human story, The Spirit in the Sky: Ancient Cosmological Gods and Where in the World We Find Them is written for the people. “Just make sure that everyone understands it. Don’t write it for those in the upper echelons of intellectual strata – write it for us,” was the advice of a friend of mine before I began documenting the complex material that constitutes the book. I hope to have written The Spirit to arm everyday people with enough insight to question almost everything we think we know to be true.

Central to the book is the world’s illicit, god-inducing psychedelic, N, N dimethyltryptamine or DMT, as it is most commonly known. This naturally occurring chemical compound, described by Dr Rick Strassman as “the intense 15-minute drive-by version equivalent of the traditional 8-hour journey partaken by ayahuasca initiates,” may hold a key to the riddle that is human conscious awareness.i We will return to Strassman’s research shortly.

I like to think of The Spirit’s final draft as the ‘drive-by version’ also. It’s a pretty fast ride, but the reader is firmly in control!

I believe that this bite-sized book has the potential to quite literally change the world. A bold statement, yes. Impossible? No. 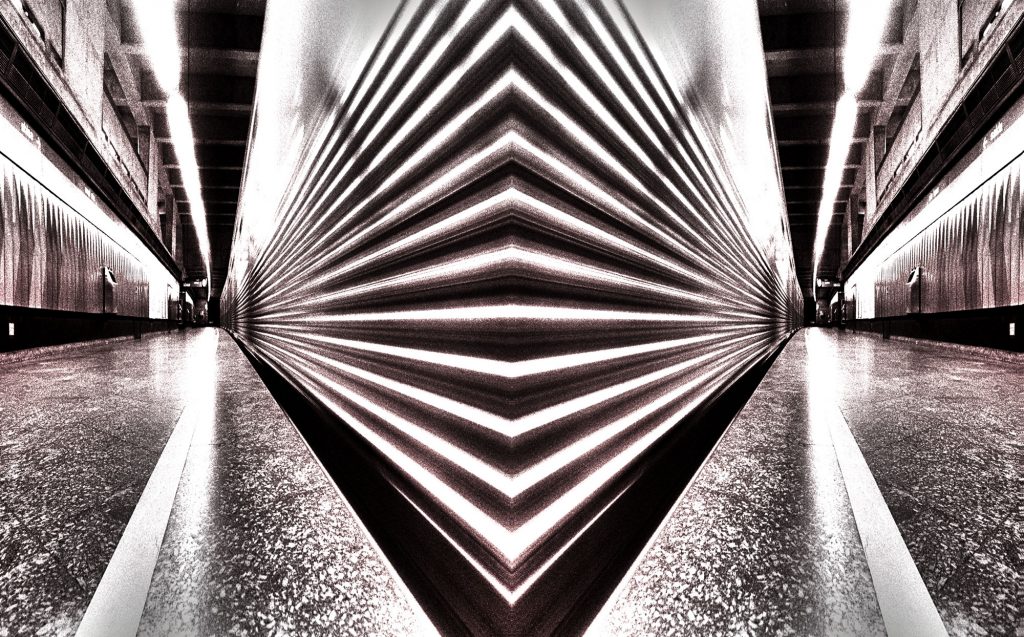 The Broad Shoulders of Giants

The title of the book is an ode to the great body of work compiled by alternative Egyptologist John Anthony West. West’s book, The Serpent in the Sky, is also in many ways a continuation of the highly under-valued yet significant research of French Egyptologist R. A. Schwaller de Lubicz, who discovered the Temple of Karnak in Luxor, Egypt, to be a life-sized walkthrough of the biomechanics of the human anatomy. The monumental structure that is the Temple of Karnak was subsequently and aptly dubbed by de Lubicz, The Temple in Man.ii The Spirit in the Sky draws on the insight of de Lubicz and West, by seeking to unite outer space with inner space, science with religion, and more importantly, humankind. 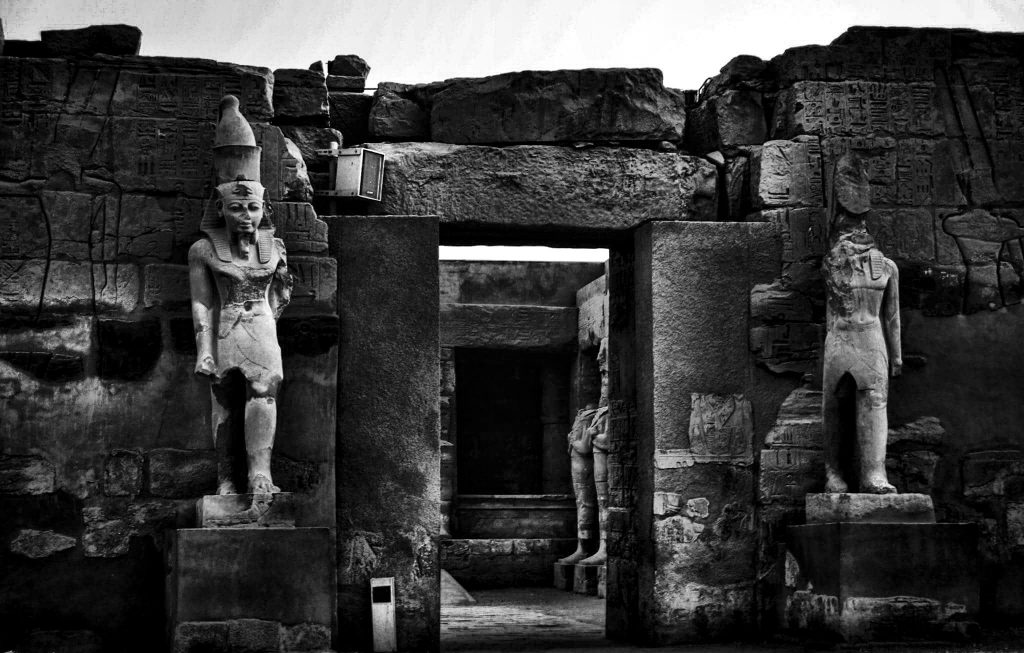 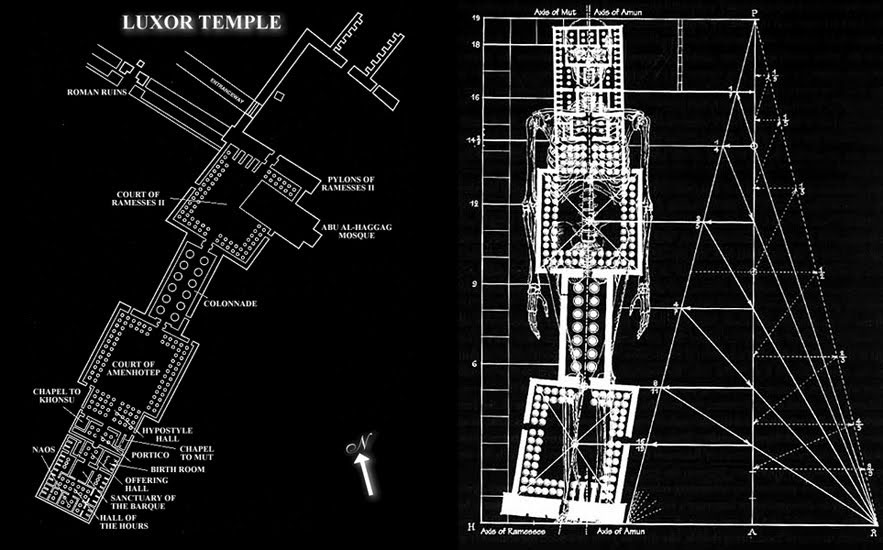 Another observation made by de Lubicz that struck a chord with West is one that more people are aware of today – that the Great Sphinx and its enclosure were exposed to extreme water erosion that can only be caused by sustained periods of heavy rainfall – a point that professor of natural sciences at Boston University, Dr Robert Schoch, confirmed upon inspection after West’s invitation to the Giza Plateau in 1990. In Redating the Great Sphinx of Giza, Schoch argues that the Giza Plateau hasn’t seen prolonged periods of precipitation capable of causing such erosion fissures for thousands of years.iii These discoveries marked a seismic shift and split in the historiographical record on prehistory, as it became increasingly evident to those of an open-minded and more alternative mind-set that something came before. The Spirit in the Sky asserts that not only did something come before, but something has also always been; omnipresent Osiris, the complete embodiment of all things acacia. 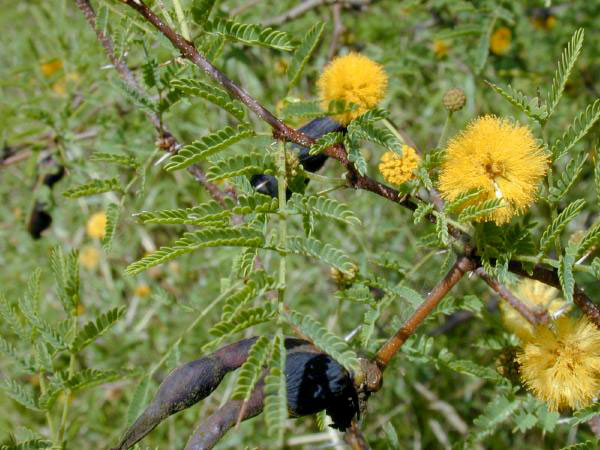 Tryptamine is present in the stem bark of Acacia farnesiana (Planta Medica: 21.200-209).

The building of the Great Sphinx is still accredited by mainstream academics like Hawass et al to Pharaoh Khufu at c. 2500 BC, an unfounded guesstimate which ties in rather comfortably with the rest of the staunchly defended Egypt-illogical point of view. Schoch’s evidence-based body of data suggests that the Great Sphinx and its enclosure guard a secret in the human story that pre-dates the Pre-Diluvium, hunter-gatherer society advanced by the mainstream. The emergence of monumental, deliberately buried, approximately 11,000 year-old Göbekli Tepe in modern day Turkey has given further credence to the alternative hypothesis on Pre-Diluvian history. West’s research, most of which is outlined in Chance Gardner’s Magical Egypt series, led me to the work of Graham Hancock, and my prehistoric worldview forever changed.

While Fingerprints of the Gods and The Serpent in the Sky suggest there is something missing in the human story, Supernatural and Strassman’s The Spirit Molecule introduce the reader to a whole new world of the ancient and modern uses of psychedelics; a world that resides inside each and every one of us, providing us with limitless insight and possibilities, should we know how – as the ancients did – to tap into it.

The Spirit in the Sky seeks to tie Fingerprints of the Gods, Supernatural, Serpent in the Sky and The Spirit Molecule together in a way that our ancestors hoped we one day would; in a manner that re-introduces present-day humans with the inspiring ideas and belief systems of our ancient foremothers, whose stories have been hitherto lost to time and memory. 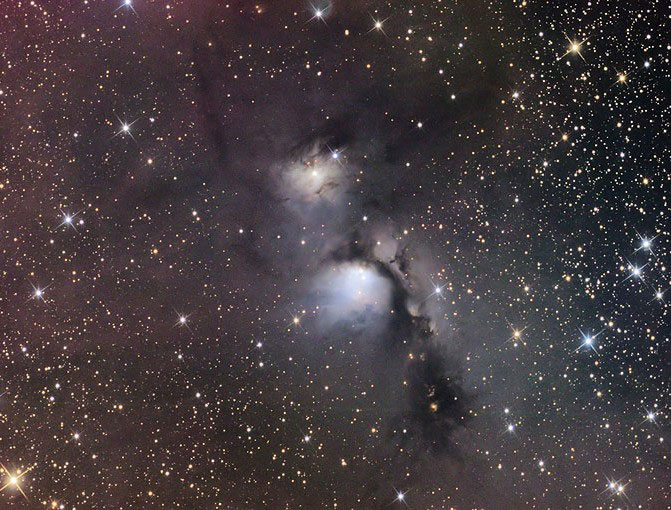 Are We Third Eye Blind?

In the spirit of trust in our ancient Egyptian foremothers, The Spirit in the Sky sees that the god of resurrection, Osiris, was either rescued from inside a great tamarisk tree, or the ancient Egyptians knew far more about the essential chemical compound that permeates the natural world than current history books contend.iv Indeed, the psychedelic compound produced by the brain is also considered a prerequisite for the human experience!v

Every religion asserts – in one way or another – that the gods reside inside us. Indeed, building on the work of Brad Klausen, The Spirit asserts that the posterior view of the human brain and stem cell is represented by ancient and new world iconography and sacred art, via depictions of gods of resurrection.

The head of the crucified Christ can, for example, be seen to correlate with the pineal gland, or mystical Third Eye, often described as ‘Christ Consciousness’:vi 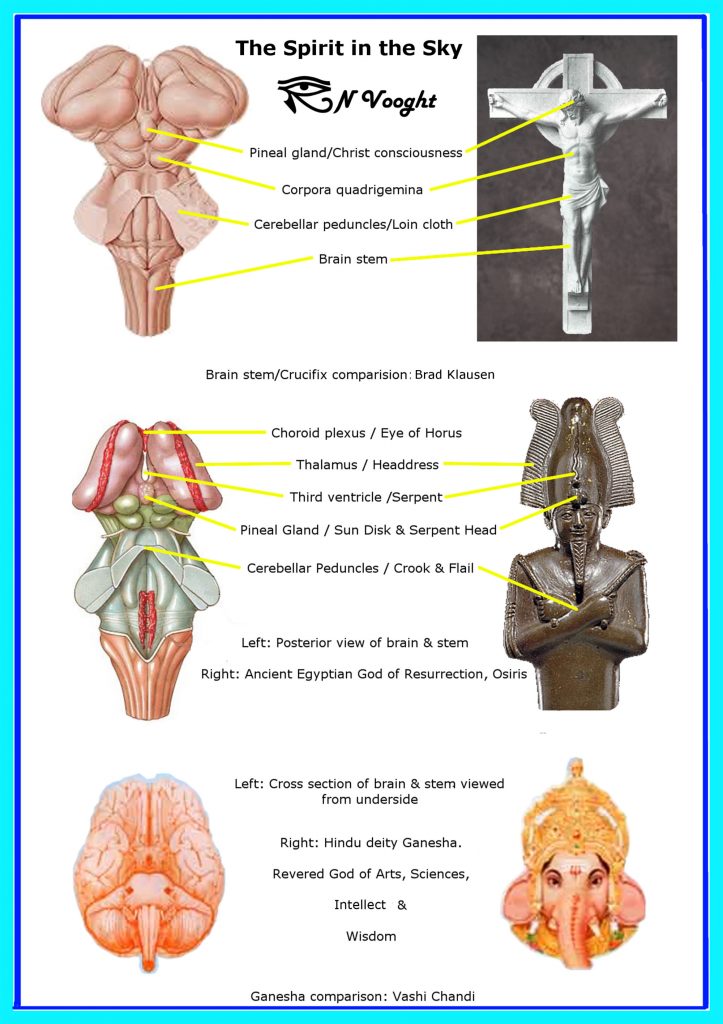 The epiphysis cerebra, or third eye, is located between the two hemispheres of the brain in almost all known vertebrates. Nestled in the anatomical centre of the brain, this pine cone- shaped gland, from which the term ‘pineal gland’ derives, has a similar rod and cone structure to a normal eye and is also light sensitive. Even more astonishing is the fact that it’s connected to the optic thalami, almost completely rendering it a third eye.

A lesser known phenomenon is the presence of the naturally occurring psychoactive substance N, N-dimethyltryptamine (DMT) in the human brain. DMT appears to be secreted by the pineal gland during deep REM sleep, birth, death and near-death experiences. While the pineal gland appears in the human embryo after 49 days of gestation, it is also after 49 days that the foetus is assigned its biological sex.vii This, amazingly, coincides with the Tibetan Book of the Dead, which describes the reincarnation of souls as occurring over 49 days.viii This omnipresent, god-inducing chemical compound, DMT, sounds more like a Dead Man’s Treasure than the world’s single most super-illicit psychedelic drug. One cannot help but ask why on Earth, if DMT is in our brains, it is illegal?

Our ancient foremothers would most likely say that if we understood the nature of our own minds, we would not feel the need for state-sanctioned, institutionalised religion. The crusade against DMT is a crusade against a substance that naturally occurs within us, plants and almost the entire animal kingdom. 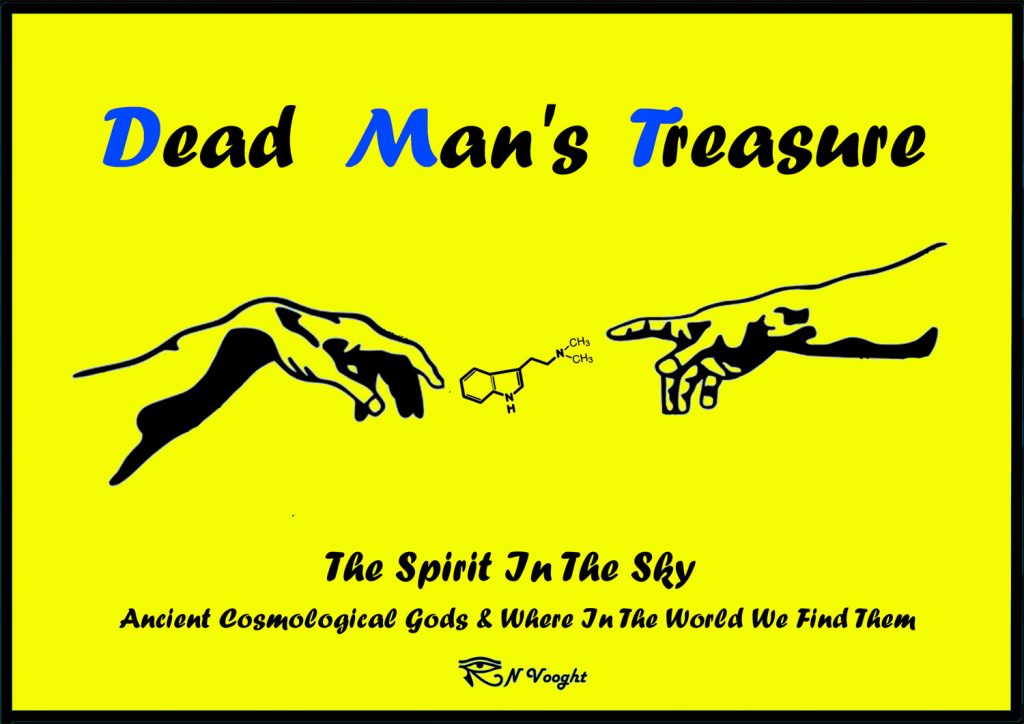 A higher realm of consciousness revered by our ancient ancestors lies dormant inside us; these sacred, personal spaces are restricted by the War on Drugs, waged by the Powers That Be.

Osiris Lives Inside Us

As Above, So Below is an ancient Hermetic maxim that describes the notion of a macrocosmic universe ‘above’ us, reflective of our universal, microcosmic perspective ‘below’ it. Since the dawn of history, humankind has worshipped the stars. Tales of mythological, heaven-dwelling heroes have stood the test of time; echoes of our ancestors are depicted as constellations – immortal gods of the cosmos, forever remembered amongst the stars.

The constellation Orion is a particularly revered cluster of stars that holds sacred sway with almost every ancient civilisation ever recorded. Most ancient Egyptian deities are associated with a star. Isis, goddess of fertility and wife of Osiris is, for example, traditionally considered the celestial counterpart to the brightest star in the winter sky, Sirius. Notably, however, Osiris is represented by the entire constellation of Orion, and remembered in mythological lore as ‘the complete embodiment of all things acacia’, an ethnobotanical variety known today for remarkably high concentration of DMT.ix How can this be?

The ancient Egyptian god of resurrection, Osiris, is either here on Earth, residing in ‘all things acacia’, or in the duat as Orion, celestial hunter of the heavens. Ancient Egyptian mythology is steeped in duality, so it’s no surprise to find that Osiris resides ‘above’, and indeed, ‘below’ us. But what does this really mean? What is Orion or Osiris hunting? Some kind of connection to the microcosmic mythology of the acacia, maybe? What would the life blood of Osiris look like, should we analyse the molecular signature of the sap of the acacia variety? 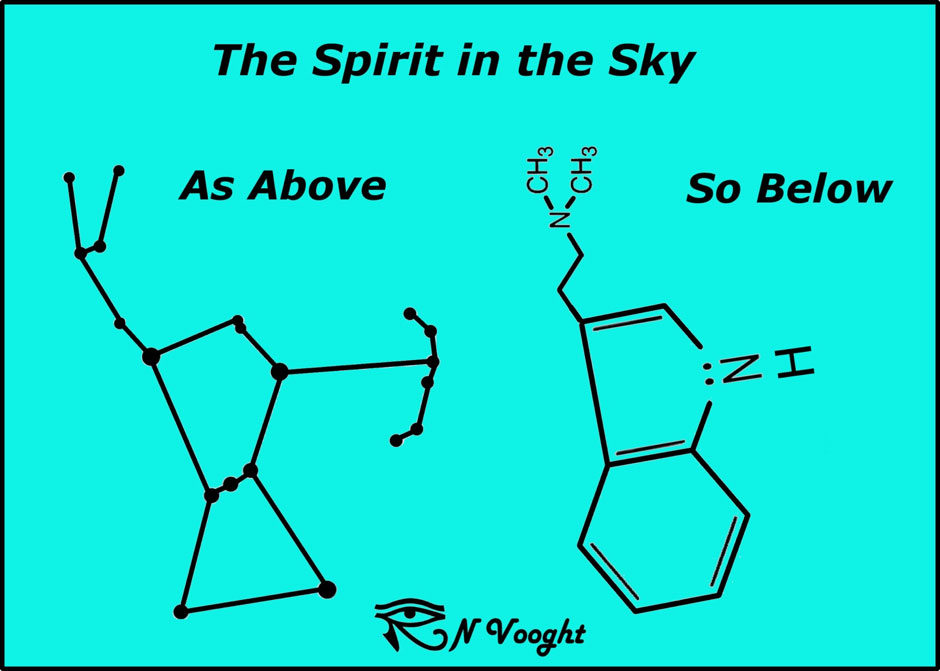 The microscopic fingerprint of this god-inducing super-substance produced in the brain, is a comprehensive ‘match’ with both constellation and mythological lore!

Finally: the etymology of ‘Osiris’. ‘Os’ carries a plethora of meanings – ‘god’ and ‘opening’ being the most revealing. Needless to say, ‘iris’ speaks for itself.

I believe it’s high time we opened ours….

iv Gods of the Egyptians, see the Osiris Legend.

viii The Tibetan Book of the Dead.

ix B. Christie, THE EGYPTIANS HAD THEIR OWN VERSION OF AYAHUASCA THEY CALLED “THE TREE OF LIFE,” 2014.

Robert Bauval & Adrian Gilbert, The Orion Mystery: Unlocking the Secrets of the Pyramids

Robert Bauval & Graham Hancock, Keeper of Genesis: A Quest for the Hidden Legacy of Mankind

Scott Creighton & Gary Osborn, The Giza Prophecy: The Orion Code and the Secret Teachings of the Pyramids

Graham Hancock, Fingerprints of the Gods

Terence McKenna, Food of the Gods

Laird Scranton, The Science of the Dogon: Decoding the African Mystery Tradition

Laird Scranton, The Cosmological Origins of Myth and Symbol: From the Dogon and Ancient Egypt to India, Tibet, and China

Dr Robert Schoch, Forgotten Civilization: The Role of Solar Outbursts in Our Past and Future

Dr Rick Strassman, DMT: The Spirit Molecule: A Doctor’s Revolutionary Research into the Biology of Near-Death and Mystical Experiences

7 thoughts on “The Spirit In The Sky: Ancient Cosmological Gods And Where In The World We Find Them”