The Jaguar that Roams the Mind

Please welcome as October 2013 Author of the Month Robert Tindall, whose new book Shamanic Odyssey, reveals the parallels between indigenous cultures and the ancient Homeric world as well as Tolkien’s Middle Earth.

Weaving together the narrative traditions of the ancient Greeks and Celts, the mythopoetic work of J. R. R. Tolkien, and the voices of plant medicine healers in North and South America, the authors explore the use of healing songs, psychoactive plants, and vision quests at the heart of the Odyssey, The Lord of the Rings trilogy, and Tolkien’s final novella, Smith of Wootton Major

Robert Tindall is a professor of English, writer, and classical guitarist. With his wife, Susana Bustos, he leads groups into the Amazon rain forest to encounter the healing traditions there. He is the author of The Jaguar that Roams the Mind and The Battle of the Soul in Sir Gawain and the Green Knight.

Please join Robert on the AoM Message Boards during October for more insights and odysseys into the spirit world.

Is Alcohol a Spirit?
Or
My Goodness! My Guinness! 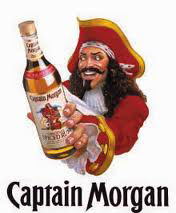 The word Spirit, the “animating or vital principle in man and animals,” comes to us via the Latin spiritus, “soul, courage, vigor, breath,” and is related to spirare “to breathe.” Its plural form, spirits, or a “volatile substance,” is an alchemical idea, and it was only in the 1670s that it usage narrowed to its present meaning: “strong alcoholic liquor.”

Yet lurking within our modern, dry categorization of strong alcohol as “spirits” this original sense of animating power remains firmly entrenched. As Shakespeare’s Falstaff put it, a good sherris-sack “Ascends me into the brain, dries me there all the foolish and dull and crudy vapors which environ it, makes it apprehensive, quick, forgetive, full of nimble, fiery, and delectable shapes, which, delivered o’er to the voice, the tongue, which is the birth, becomes excellent wit.” Not only that, it breathes courage into the soul, it “illumineth the face, which as a beacon gives warning to all the rest of this little kingdom, man, to arm, and then the vital commoners and inland petty spirits muster me all to their captain, the heart, who, great and puffed up with this retinue, doth any deed of courage, and this valor comes of sherris.”

This is the language of spiritual inspiration, not mere infatuation with a physical effect. Perhaps we should take ourselves at our word. What if alcohol really is a spirit?

Like Graham Hancock, who recently broke off his long relationship with marijuana, I too have experienced directly the healing potential of traditional, and psychoactive, plant medicines such as ayahuasca and peyote.

To illustrate these plants’ mysterious capacity to cleanse us of addictive patterns, I publically disclosed an experience I’d had not so long ago, one which ended a couple of decade’s long fierce attachment to red wine.

Indeed, I loved read wine. Holding a wine glass was like cupping a rosy heart in my hand, transparent, almost pulsing, catching the light like blood. Ancient, celebrated by song, wine even had its own deity! A good wine tasted of the roots of the Earth, of her fruit, even the sunshine, and its relaxation was, to quote the Cyclops in Homer’s Odyssey, “Ambrosia!”

Although I knew full well my life had been fraught with addictive struggle, I hadn’t ended that particular love affair. When I did, it was with a finality that will endure until my dying breath.

It happened deep in the ocean of an ayahuasca ceremony. Accompanied by the otherworldly, Asiatic tones of his Shipibo icaros of the Amazon rainforest, I had found myself in deep trance, holding my water bottle and praying for the health of the waters of our planet: thanking the ocean for giving birth to us and sustaining us, apologizing for our contamination of her precious being.

Suddenly, I caught a glimpse of something dark flickering over my right shoulder. My hand, like a cat’s paw, shot back and, seizing whatever it was, thrust it into the water bottle.

“Okay,” I said to myself, sitting there bemused in the dark, “I’ve just gone and trapped a spirit in my water bottle. Now what do I do?”

I directly knew I needed to go outside and toss out the water, dispersing the spirit back to the elements. Getting up, I carefully walked through the crowded room, slipped out beneath the stars, and scattered the water.

Returning to my seat, charmed, I asked, “Okay, what was that all about?”

I then saw it. The dark, flickering thing had been the spirit of red wine, and the entity had been feeding off of my energy like a succubus. I thought of all the evenings I had hastened home from a long day of work to relax into the amber red cave of her intoxication, reading my books, disappearing from my family, escorted into a sodden sleep by her liquid embrace. She had been a dark lover.

And I was done with her.

Returning home, I emptied my house of my stockpiled bottles of organic red wine, and wondered to myself, “How am I going to do this?” I was already aware of a hollow yearning within myself, one I would never feed again, left gasping for air in the dust. I felt a smidgen of dread in my soul. So many years seeking solace in the opiate embrace of red wine, could that yearning ever fade away?

Well, it did. So clean was the incision of the spirit that some nights ago, watching an Italian priest pour himself a well-deserved glass of red wine across the table from me, I felt not a trace of yearning arise in my being.

After relating this story, I received this message from a listener to that episode of Erik Davis´ podcast Expanding Mind, where I had shared the story.

I have had a complicated relationship with alcohol for years.  Just last night I was alone and decided to have some beers while watching hockey.  I ended up drinking too much. It hurt my work production today and I decided to go and do some errands. That’s when I heard you talk.

Hearing you tell your red wine entity story was the second thing that was hugely helpful.  The first was that over the weekend I had a powerful dream.  I was in a big, old library with the comedian Greg Fitzsimmons, who is sober and in his mid-forties like me.  Greg was guiding me through the shelves and we were looking for a spirit.

At one point, he disappeared and it was just me.  I knew the spirit was just around the corner and suddenly I was terrified.  I let out this huge scream that scared the crap out of my wife.  She said it sounded as though I was going to attack something.

This dream really rattled me.  Then yesterday I didn’t plan on drinking but I just did.  Then I heard your red wine story and I immediately knew that there is a spirit of alcohol that feeds off my energy.

Is this so strange? Do we not call distilled alcohol “spirits”? Don’t we celebrate it so, from Shakespeare’s Falstaff to the Captain Morgan rum ads, where a piratical, intensely colorful, mischievous spirit manifests like a jinn in the company of young drinkers at a party?

From an indigenous perspective, it isn’t odd at all. As anthropologist Frédérique Apffel-Marglin points out, among traditional cultures,

Concerted actions between humans and certain non-humans that have been crucial for human welfare and carried out over long periods of time have given rise to entities, or rather beings, who embody those concerted actions. For example, the soil becomes Mama Allpa, a being to whom prayers and offerings are made, who is endowed with understanding, agency and sentience and responds to the actions of humans. In modernity the soil has become a “natural resource” bereft of agency, sentience and understanding.1

If this has been characteristic and true (the enthnographic records clearly indicate it is) for human culture for thousands of years, why should we be an exception? Why should alcohol, to whom we do indeed offer up a steady stream of addict’s prayers and offerings, not be an entity in its own right?

My own innate resistance to this concept, which I presume is shared with most of my readers, is actually a product of my own historical conditioning, As Apffel-Marglin points out regarding ancestral practices of making offerings to the Earth,

The Reformers in 16th century Europe called such rituals “magic” due to their insistence on the total separation between humans, non-humans, and the religious, namely a God removed from the material world. For the Reformers, agency, voice, and meaning became exclusively human attributes. Ever since the Reformers’ separation between matter and spirit, such rituals of regeneration could only be understood as humans representing symbolically or metaphorically the non-humans who became passive and silent.2

Does not her argument, which applies to all concerted action between human and non-human agencies carried out over long periods of time, apply equally well to alcohol? Are we really justified in claiming that all the spiritual manifestations of alcohol are mere representations of something actually inert and without sentience?

For “passive and silent” alcohol is not, not by a long shot.

This essay is not, by the way, an argument for a ban on alcohol or any other consciousness altering substance. It’s a call to get our relationships straight with them, which indigenous peoples can teach us a lot about. Whatever our take may be on the metaphysics of indigenous world views, their efficacy is undeniable.

Wine with admixtures was once used medicinally in medieval Europe, tobacco and coca in indigenous ways are sacred plants which allow us to commune with divinity and heal, and if I’m ever seriously injured, please give me a preparation from the opium plant! Opium, according to the indigenous ancient Greeks, is sacred, a gift to humanity from Prometheus. I have entire faith in its curative properties.

By treating our plant allies with respect and veneration, we protect ourselves. A quick glimpse at any tobacco addict, who believes tobacco a mere “natural resource” and consumer product, is sufficient to support that argument!

Even if not taken in an explicitly sacred context, it’s still good to know what being you are communing with. For myself, although my relationship with red wine is sealed, because of the cultural richness and personal significance of enjoying a glass of stout, I still leave that possibility open for myself.

Yet, I haven’t taken that opportunity in many moons, and don’t know if I ever will again. First, I’ll be sussing out how my relationship stands with that other old friend of mine, that pint of Guinness, once enjoyed in many a convivial gathering in the local pubs in Connemara, Ireland.