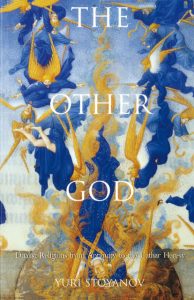 Dualist Religions from Antiquity to the Cathar Heresy

During the Middle Ages medieval European dualist heresy, the “Great Heresy” of the Bogomils and the Cathars, was seen as deriving from a tradition that was ‘hidden’ or ‘concealed’ and transmitted in secrecy from the late antiquity onwards, a tradition that taught that the cosmos was a constant battleground between the forces of good and evil, between the higher God and his supernatural protagonist, the “Other God” . Indeed this “Great Heresy” poses some of the most intricate religious and political mysteries of medieval Europe. The saga of the dramatic collision between Catharism and Catholicism, particularly in Italy and Languedoc, has long been one of the most favoured subjects for research, fascination, myth-making, romance and controversy. The fall of the Cathar citadel of Montségur and the following mass burning of the Cathar perfecti, reputedly at the ‘Field of the Cremated’, is often deemed to represent what Lawrence Durrell called ‘the Thermopylae of the Gnostic soul’, and the Cathars, whether maligned or romanticized, still retain their peculiar mystique and long-lasting hold on European imagination.

Since the beginning of the nineteenth century the Cathars and their co-religionists in Eastern Christendom have been repeatedly implicated in the time-honoured and ever fashionable debates concerning the alleged heretical guilt and fortunes of the Knights Templar, the formation and development of medieval alchemy, the Holy Grail cycle, etc. As many of these studies have been superficial, biased or sensationalist, it has become increasingly apparent that there is a very real need to study the actual historical links between Catharism and the Holy Grail romances (in which the Grail myth could be used against the Cathars), the origins and evolution of the Bogomil and Cathar tradition of esoteric and allegorical interpretation of the scriptures, the nature and background of some of the Bogomil and Cathar ‘secret myths’ – generally, to incorporate the “Great Heresy” in the general and scholarly study of comparative Western esotericism.

This book intends to initiate this process and discussions by offering what has been described as the first comprehensive historical account of the doctrines and history of religious dualism in the great religious systems of antiquity and its subsequent development in sectarian, mystical and esoteric societies in the period when the monotheistic orthodoxies of normative Judaism, Christianity and Islam evolved into religious and political elites and establishments, keen to safeguard their monopoly on power with mission, persuasion or persecution. Consequently, the book begins its narrative with the early expressions of religious dualism in late Egyptian religion: the development between the opposition between the gods Seth, on one side, and Osiris and Horus, on the other, examining their various religio-political, astronomical (particularly stellar) and cultic (later magical) aspects, bringing as much new theories and discoveries in the discussion as possible. From its account of the culmination of this opposition in late Egyptian religion, sacred astronomy and magic, the book moves into the sphere of the ancient Iranian religious world and the Near East where religious dualism found its most potent and influential manifestations, beginning with the enigmatic revelations of Zoroaster in the Gathas, to later developments of Zoroastrianism and related traditions (and later Zurvanism) in the periods of the Iranian empires of the Achaemenids, the Partians and the Sassanids, again focusing on their religio-political, astronomical and cultic aspects.

The book continues its account of the development of exoteric and esoteric dualist doctrines in the teachings of the Dead Sea Scrolls (the Qumran Sect), the Mithraic Mysteries, the ritual magicians and great Gnostic teachers of antiquity (mong others), This wide panorama of beliefs and cultic practices shows how these newly developing dualist religious currents and undercurrents in antiquity sought to re-define, often radically, the interrelationships between the divine, human and natural worlds, commonly by identifying the source of evil in a force or forces in the divine and supernatural sphere. An ambiguous deity or one associated with death and the underworld (like the formidable Babylonian deity Nergal) was an obvious choice for being singled out and enthroned as an all-evil-bringing agency or else an altogether new deity was conceptualized to fill the place of this ‘other’ god. Monistically oriented religions could develop the tendency to view this ‘other’ god as the main adversary of the creator god, effectively an anti-god, but this process was accomplished in some of the systems of religious dualism. This new figure of the “other God” could be further associated exclusively with the ‘negative’ set from the pairs of opposites inherited from the earlier systems of dual symbolic classifications which thus were separated and seen as acting in oppositional terms, development which put these traditions in contrast both to religious monism and systems like Taoism in which the pairs of opposites function in complementary terms. The all-evil deity or superhuman power could be seen as operating exclusively in the supernatural world and enjoying a kind of parasitic existence in the material universe, or else as mostly associated with matter..

While during late antiquity, Judaism and later Christianity naturally strove to deny an actual godly status to the ‘other god’, alternative “heretical”, mystical and esoteric teachings ventured to identify his functions with that of the creator god, stating that above him, the public, normative god, there exists another, hidden god, the god of the invisible world or the world to come. Such “heretical” and esoteric doctrines were promptly condemned for divinization of evil, granting a godly status to an ‘other’ god, whether confusingly, understood as the oppressive creator of this world or as the ruler of the realm above and of the future. In the orthodox perception of these two different notions of the two ‘other’ gods, they could interweave and coalesce in bewildering formations. In the Middle Ages some of these alternative traditions, whether transmitted through sectarian circles or revived through new scriptural interpretations, were often perceived as ‘esoteric’, both in view of the manner they could be revealed through a gradual initiation or vis-à-vis the persecution of the normative religion. During this persecution some of the notions inherent in these traditions were misinterpreted and distorted in theological and legal frameworks and in this twisted form were integrated in the inquisitorial campaigns of the witch-craze era.

The cross-currents and mis-borrowings between the orthodox/normative and heretical/esoteric trends in a religion or between different religions in antiquity and the Middle Ages present a complex and bewildering picture. This is one of the reasons that in this book the various dualist religious currents, because such an approach allows for a more accessible and arguably historically more balanced exposition of the development of religious ideas and subterranean currents over a great period of time. Thus the book expands the time-scale and geographical scope of enquiry by bringing into its narrative a comparative analysis of certain trends and notions in religious and shamanistic tradition in Central, Inner and Northern Asia. It also focuses particularly on the menacing development of the increasingly intensive association between magic and heresy (as treason against God from late antiquity to High Middle Ages and its crucial role in the formation of the fatal stereotypes of diabolical witchcraft during the social and religious convulsions of the witch-craze era, with its astonishingly numerous, lasting and wide-spread persecution and executions of heretics, ritual magicians and witches.

In its last four chapters the book offers a detailed exposition of the history and the origins of the doctrines of the medieval adherents of the “Great Heresy”. Although the history of the Bogomils and the Cathars, their doctrines and ritual observances abounds in enormous gaps, the book has endeavoured to cover the present state of research and debate and brings into its discussion as much newly opened, promising venues for further exploration in the covered areas as possible. Apart from the various enigmas posed by the actual spread and history of the Bogomils and Cathars, the last chapter of the book focuses on the evidence of their doctrines and practices, including their rarely discussed and explored “secret myths” (with their astonishing depictions of esoteric Bogomil/Cathar beliefs concerning Jesus Christ, Mary Magdalene and John the Baptist, the identity and ploys of the Devil (including his sexual feats, impersonations and aggression against the kingdom of light), the secrets of the kingdom of darkness and its demonic inhabitants, etc. The chapter concludes with the exposition of some intriguing and presently inexplicable parallels between Bogomil/Cathar esoteric doctrines and some contemporary Kabbalistic teachings, which open new and promising venues for the study of western esoteric thought.

As continuously been shown by some new developments both in the mainstream and sub-cultures of current living religions, the normative, “heretical” and esoteric religious currents discussed in the book will hopefully shed further light on the religious and spiritual dynamism underlying the oddly fascinating and seemingly endless search for the identity of ‘the other god’.

All these religious currents, ancient or medieval, have brought about many upsurges of religious, spiritual and cultural creativity, and contemporary religion, esotericism, culture and philosophy owe to them a number of the so-called eternal themes. Insofar as these religious currents frequently produce logical and structured explanations for the origin of evil, which, for a variety of socio-religious reasons, periodically have seemed more influential and justified that their monistic counterparts of Judaism, Christianity and Islam it is likely that the latter will have periodically to encounter and resume its battle against the theologically dying and rising ‘other god’.

Dualist Religions from Antiquity to the Cathar Heresy