The Sacred Science of Ancient Japan

Please welcome for October 2014 Author of the Month Avery Morrow. In this article he looks to historical apocrypha and parahistory to explore theories and to answer questions about Japan’s ancient past. Join Avery on our AoM Message Boards this month to discuss these fascinating ideas.

The hunt for the truth about ancient history has long been bound up with the exploration of esoteric symbolism. There are hundreds of books available to us today about European alchemy, hermeticism, and all aspects of Western esoterica. We also have a good body of literature in English, if a little harder to access, about the authentic practices of Sufism, Hindu asceticism, and Buddhist esoterica. But until very recently, we have had almost no information about the native practices of the Far East. It is only in the past few years that we have seen the first full translations of the classics of Taoist alchemy, and there is virtually no literature about Japan.

There seems to be a lot of interest in the West in learning about Japan’s ancient past. I have seen articles online about the ancient Jomon period dogū, clay figures that resemble astronauts; strangely carved stones around the Asuka area in Nara; stone circles and petroglyphs; and the famous Yonaguni “pyramid” that lies off the coast of Okinawa. But none of these things are related to any esoteric information currently circulating in Japan. What sort of stories do the Japanese people know about their own history? To answer these questions, I have looked to an unusual source: historical apocrypha.

A large number of books claiming to be the true and ancient origin story of Japan have appeared since the seventeenth century. The worlds described in these texts do not resemble our modern, archeological idea of the ancient world, nor is it the Stone Age of the popular imagination. Instead, these texts seem to offer tantalizing fragments of a different kind of knowledge. It is the kind of science Dante refers to in the Inferno when he says, “Go back to your science, which teaches that the more a creature is perfect, the more it perceives the good, and likewise pain.” Today’s writers call this form of knowledge “sacred science,” and the setting in which we will learn this science is an incalculably ancient Japan.

These supposed ancient documents, which I call parahistories, give us just a taste of this unknown world of Japanese ancient history and mysticism. But they are a good place to start. There are more than a dozen parahistory manuscripts scattered across the modern nation in distant mountains and forgotten shrines. Their contents are as diverse as real ancient documents, and the reasons for studying them are just as unpredictable. One researcher may be interested in understanding the primal sounds of ultra-ancient Japanese, while another may be trying to understand what kind of festivals were celebrated in ultra-ancient Japan. Here are four in particular, which I’ve focused my research on:

The Sendai Kuji Hongi Taiseikyō was allegedly written in 620 CE by the Classical Age genius Prince Shōtoku. According to the book’s preface, Prince Shōtoku wrote it upon discovering scrolls full of ancient knowledge in clay jars stored in a rural shrine. The books he discovered were written in an unknown script from a forgotten age, but Shōtoku deciphered it and rewrote the book in Chinese, hiding it in another shrine where it was discovered around 1672. It contains prophecies, laws, music, a treatise on medicine, instructions for divination, and an intricate plan for a good society balancing politics and religion. It also contains a story of the creation of the universe and the interactions between the heavenly beings involved. 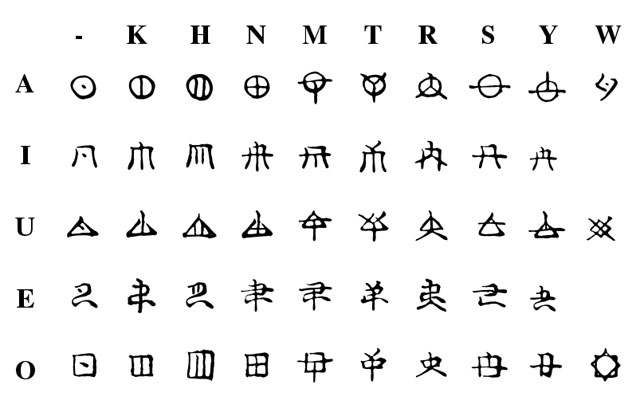 The Hotsuma Tsutaye purports to be the record of a forgotten ancient civilization in Japan written in a sacred indigenous script. A 10,000-line epic poem in an unfamiliar language that resembles ancient Japanese, it presents Japan’s gods and kings of the Heroic Age as real individuals, and its worldview seems to parallel the esoteric teachings of medieval Buddhist sects. It contains long treatises on the origin of the Japanese language as well as an alchemical theory of matter that informs a vegetarian diet guaranteed to cleanse the spirit and lengthen life. Allegedly written in 100 CE, it was passed down from father to son for centuries. Its contents were not revealed to the public until the 19th century, but manuscripts have been found dating back to 1775.

The Takenouchi Documents go beyond the Heroic Age into the deep and forbidden history of the Golden Age. Written in hundreds of different ancient scripts, they place the origins of all the great religions of the world into one single Tradition preserved in Japan. They describe Japan as the source of all true doctrines, including testaments from historical figures like Lao Tzu, Moses, and Jesus, all of whom supposedly came to Japan to study the ancient teachings. Oddly, the Tradition they describe has parallels in certain Western doctrines that were only beginning to come to light in 1928, when it was first unveiled. Takenouchi researchers have identified an ancient airship used by the Japanese emperors, “landing strips” for these ships scattered across the world, and pyramids in the Japanese forests where these ships are claimed to exist today. 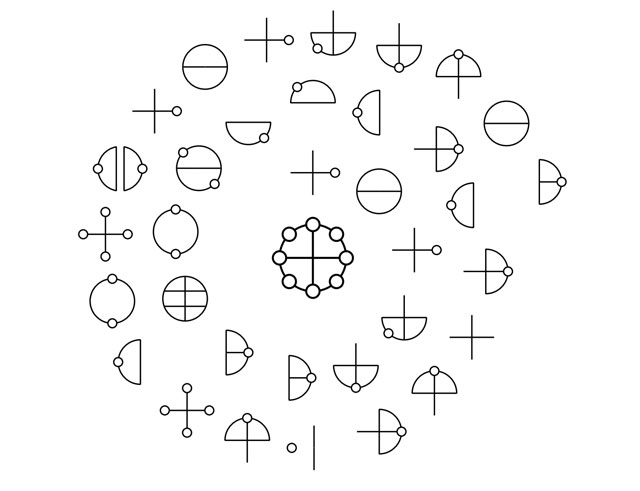 An illustration from the Katakamuna Documents

The Katakamuna Documents were supposedly presented to an eccentric scientist and engineer named Narasaki sometime around 1948, when he was doing electrical experiments in the deep mountains of central Japan. The man who gave him the documents said they came from a mountain shrine called Katakamuna, which has never been located. These documents, written in a geometric script that spirals out of the central of the page, make almost no pretense at being the sort of history taught in textbooks. Rather, they form an entirely esoteric text with parahistorical songs acting as the medium of choice to convey a powerful holistic knowledge of incalculable, even perennial age.

Each of these documents has its own unusual backstory and dubious provenance, but they all come with a surprisingly powerful message. Skeptics of this genre may pursue it as an idle curiosity, but the proponents of these documents state, time and time again, that they are important, they are meaningful, and the world would be changed for the better if more people learned about them. Parahistory is not a subject for an afternoon’s entertainment; the future of the world hangs in the balance. If the majority of people knew what was contained in these documents, they say, so much of the uncertainty in our lives could be conquered by the knowledge of our true inheritance. We would have a starting point for mutual understanding of so many different things. If only!

Through parahistory we can perceive a new realm of possibilities. The parahistorians would agree with G. K. Chesterton: “Most possibly we are in Eden still. It is only our eyes that have changed.” The ancient Japan of these texts is a possible Eden, and reading parahistories provides a window into it. As we will see, when we look through these windows we will discover compelling memories of many possible pasts, all of them projecting a hopeful message into the present, but with many complexities and difficulties.

Avery Morrow’s research on the basis of Asian folk traditions has been published in several academic journals. His interest in parahistory brought him to Japan, where for three years he researched various documents, taught English, visited sacred sites, and worked as a translator and assistant to renowned Shintoist Shin’ichi Nakaya.