The code of Hathor deciphered

Worldwide media are talking a lot about climate change and how the Earth is warming up as a result of the maladministration of humans. And, of course, they have a point. Though…. something else is warming up our Earth, and not only the Earth, but all the planets of our solar system: a physical, astronomical event! The consequences are even worse, but nobody is talking about it.

Our ancestors knew that this moment would come. That’s why they were intensely observing the precession cycle. In the book “The code of Hathor deciphered”, the author, Kris Van den Driessche, made a unique discovery about the nature of the precession cycle and its consequences all over our globe. In this article, I will give a short description of it. Of course, for a detailed description and numerous pieces of evidence, one should read the book. 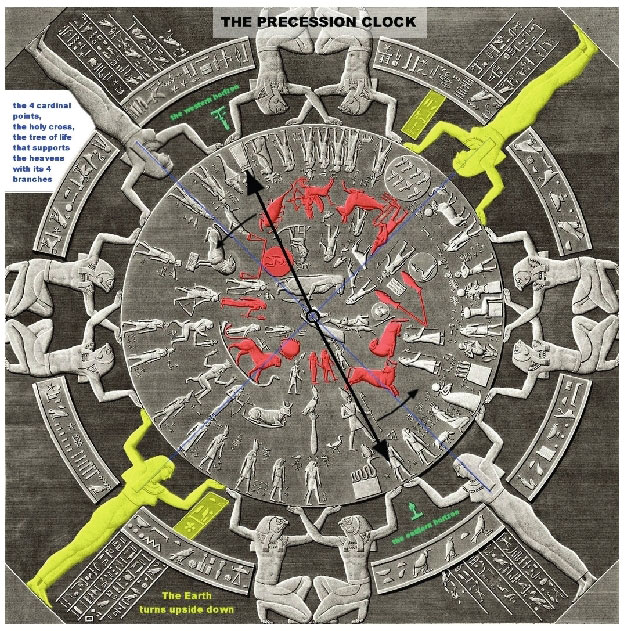 Well, in the sky, one can see the stars slowly turning around the Earth. In 24 hours this happens once because of the Earth’s axis spinning, creating day and night. It also happens once a  year due to the orbit of the Earth around the sun. And with the precession, we can see the stars very slowly turning once every 25.776 years around the Earth. This precession movement, which appears insignificant, was the most important belief of our ancestors, who dedicated everything to it. Why?

Science explains simply that the stars aren’t turning around the Earth, and so deduces that the precession movement can only be the product of Earth spinning, but is this actually so? Didn’t we oversee another alternative? Yes, we did.

So the precession movement is actually our solar system orbit!

Incredible! So our ancestors were following the precession cycle or solar system orbit: how?

Our ancestors, all over the world, created zodiac calendars: this is a ring of constellations around the Earth. In this way, our ancestors could observe which moment they were in this precession cycle, each morning of the solstice when looking at the horizon. It was important to know in which moment they were of the precession cycle in order to foresee certain moments during the solar system orbit on which physical events would take place on Earth.

One particular date was Leo or the Dragon, which occurred almost half a precession cycle ago when the World Flood took place. The next important date is in Aquarius or Phoenix, so… soon.

What will happen soon?

I explain it with the myth of Osiris and Seth: one of them is ruling over the north and the other over the south. They represent stars at the sky firmament. Every half precession, every 12,888 years, they change place. 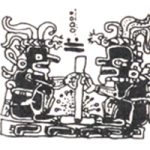 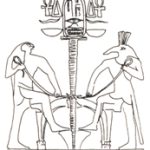 This is symbolized by the story of the sacred fire gimlet. A Djed or pillar, the Lifetree, stands on the Earth, holding the sky firmament. Seth is pulling a robe which goes around the gimlet or pillar to the other side where Osiris is holding it. As Seth pulls, the sky firmament turns around the Earth during the precession movement. After a period of 12,888 years of pulling, the Earth catches fire and needs to be extinguished by a world flood. The hand of Osiris is almost touching the Djed, so now he starts to pull, and so, after the world flood, the sky firmament will start to turn in the opposite direction during the next half precession period.

This is only possible if the Earth goes upside down, literally, upside down, so that everything seems to turn in the opposite direction. And, of course, going upside down will create fire, earthquakes and world floods.

And what about the scientific proof for such a huge event?

On the contrary: our Earth and all the planets of our solar system have exactly the same parallel magnetic direction because of the fast CMEs that are going from north to south. These fast CMEs magnetized the Earth’s core, so our Earth’s core became a magnet. CMEs are particles, protons, etc., that escape from the solar surface and fill our solar system. These CMEs are escaping from the solar surface in the same quantities from wherever the surface is.  But those reaching the Earth from the north are accelerated, those coming directly from the sun are reduced in speed, and those coming from the south vanish. How is this possible?

It may seem difficult to wrap your head around this, but I assure you it isn’t. In the book, even a child can easily understand it, but here I can only explain briefly to give the reader a flavour of what I expand on in the book.

So, because of the orbit of our solar system, the collision with the interstellar plasma will change the magnetic direction in our solar system every half-precession cycle. But if the direction from the fast CMEs inverts suddenly, every 12,888 years, the inner magnet of the Earth needs to turn upside down in order to align with the new magnetic direction. So the Earth literally turns upside down – causing a world flood in its wake.

This is impressive. And, It’s very important information if this is true!!!

That’s it. If nothing else, Authorities should at least try to investigate it because if true, the consequences will be dire. Instead of neglecting this information or laughing at it, they should have the courage to deal with it. Take, for instance, all nuclear plants on Earth. If the Earth turns upside down, just like in the past, it will create huge earthquakes, and the radiation of these nuclear plants will totally kill this planet. Is there something more important?

Hathor is a female Egyptian cow god who gives life with one breast to a half-zodiac period and with the other breast during the other half-zodiac period standing upside down. Between these half-precession cycles, Hathor becomes the lion Sekhmet, or devil, in order to destroy mankind that didn’t listen to the messages… 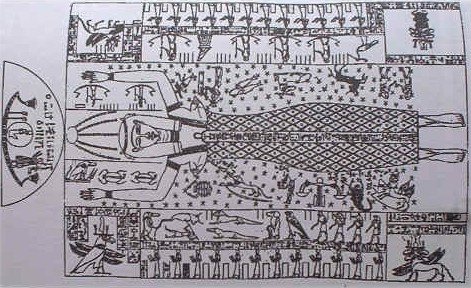 The code of Hathor deciphered

4 thoughts on “The Code of Hather deciphered: the disastrous half-precession cycle”