It is with great pleasure that we welcome our Author of the Month for April, Miguel Conner, with the second book in his series, Voices of Gnosticism.

“You are holding in your hands a Gnostic gem, a book that contains the rich wisdom of thirteen world-renowned scholars who study Gnosticism and the classical world.”

– April D. DeConick on Other Voices of Gnosticism.

Other Voices of Gnosticism 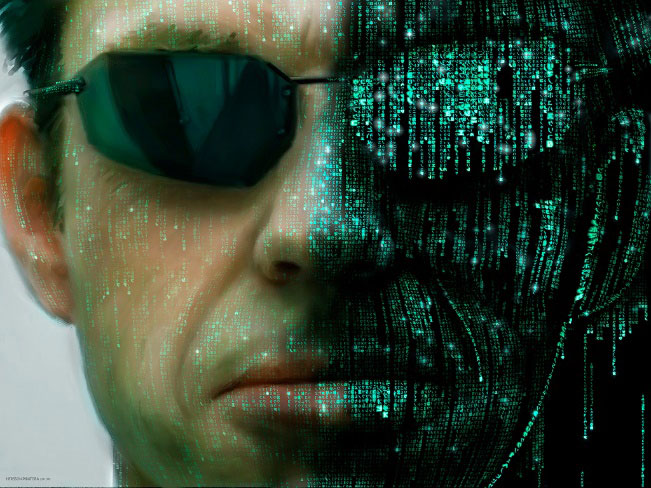 A candidate wins the U.S. presidency and a considerable part of the population rejects the results, embracing exotic stories of birth certificates or Russian meddling. Captains of commerce like Elon Musk contemplate that humanity might be living in a simulated reality. Claims of a flat Earth or lizard overlords are widely shared on Facebook walls alongside vacation and children pics. A sense of alienation settles upon a world population that no longer trusts its religious, political, or educational institutions. Being paranoid is no longer a personality defect but a survival skill, for many, and every movement seems to grudgingly accept its conspiracy theory wing like that bombastic uncle at Christmas dinner.

We are living in Gnostic times.

That’s the case I’ll be making. Sure, to many the ancient Gnostics are a historical curiosity, mystic heretics of early Christian times that lost to those victors who wrote our history. To others, Gnosticism is the fuel injection that fires the imagination of occult organizations and secret societies still believing they are secret; or the works of William Blake, Philip K. Dick, and Philip Pullman, as well as the screenwriting of such modern myths as The Matrix. Some academics like Michael Williams (Rethinking Gnosticism) and Karen King (What is Gnosticism?) claim it never even existed at all.

The Gnostics existed, though, and their essence is in our midst. Does that mean the Gnostic nightmare has finally come true, warned in their byzantine, protean gospels?

In a way it has, though, but in a way these times are missing an ingredient that made the Gnostics so dangerous to world rulers. First, to understand how the Gnostic sensibility has partly returned and what is missing, we’d better get acquainted with Gnosticism. 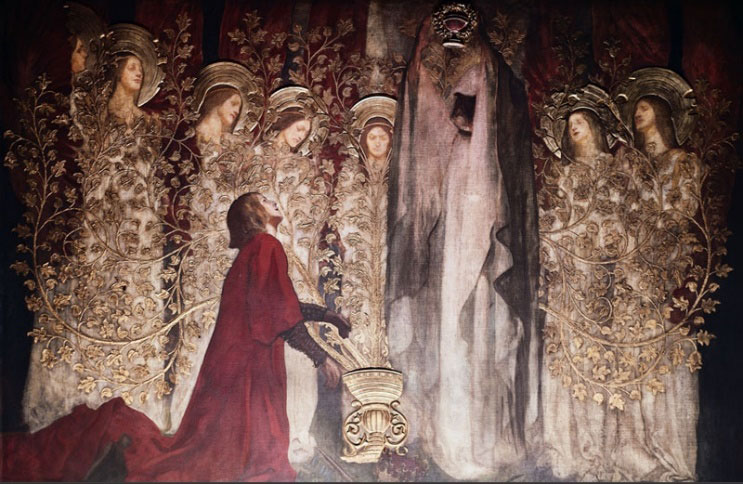 The origins of the Gnostics are still debated. Most academics assume Gnosticism emerged during the second or third century A.D., although others presume a much earlier date – perhaps from ancient Jewish, Mesopotamian, or Egyptian origins. As April DeConick argues in The Gnostic New Age, the beginning of Gnosticism is a straw man since it was never really a religion but a metaphysical orientation found in many old cultures and drawing from many traditions that coalesced in nascent Christendom. This fluidity of Gnosticism and the fact so few of their works survived has made it frustrating for both scholars and occultists to understand Gnostic tenets. However, the discovery and study of the Nag Hammadi codices supply a clearer picture of the Gnostics — especially when paired with the latest research from DeConick’s book, Dylan Burns (Apocalypse of the Alien God), and David Brakke (The Gnostics).

Thus, drawing from these scholars and other research, we can deduce four intrinsic hallmarks of Gnosticism: 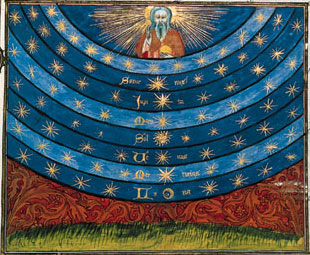 It’s key to mention that with these four hallmarks, the idea of self-knowledge weaves throughout them like a gravitational binding. The journey inward was as crucial as the journey outward, and could lead to the same place. As Elaine Pagels wrote in The Gnostic Gospels, “Yet to know oneself, at the deepest level is to know God; this is the secret of Gnosis.”ii

And it’s helpful to keep the self-knowledge theme in mind when approaching any Gnostic work. As William T. Vollmann wrote in The New York Times:

“As a corpus, the (Gnostic) scriptures are nearly incoherent, like a crowd of sages, mystics and madmen all speaking at once. But always they call upon us to know ourselves.”iii

With that in mind, these hallmarks can help us define various groups as part of the historical Gnostic stream, whether it’s the Sethians, Hermetics, Cathars, Mandaeans, Yezidi, and even forms of Kabbalah and Sufism. The hallmarks do not create an ideal box, though there isn’t one for any religion or philosophy. Nonetheless, they reveal the unique, metaphysical orientation that defines a wide and diverse cultural array of Gnostic groups that exist even today, as with the Mandaeans and Yezidi. 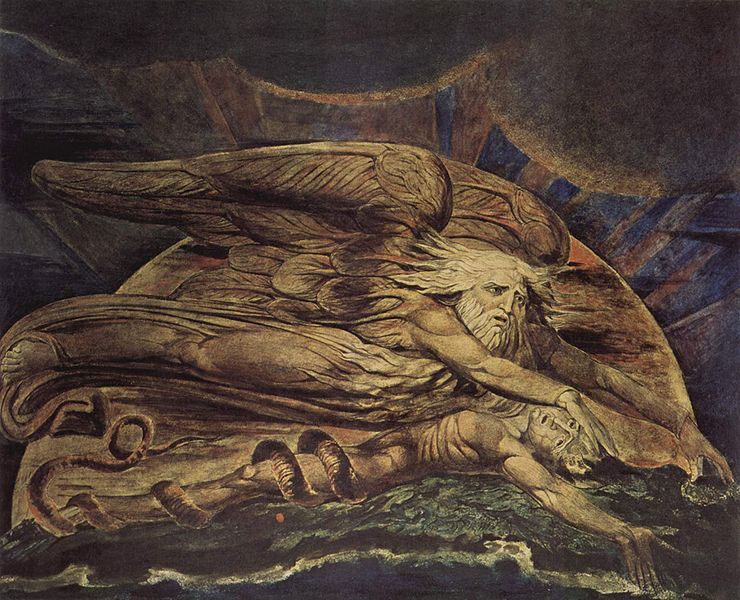 The four hallmarks certainly work with the definition of other scholars — for example with the one of preeminent biblical scholar, Bart Ehrman, in my book, Voices of Gnosticism:

“In the case of Gnosticism, Gnosis is the very basis of salvation. One comes to Gnosis by having it revealed to that person, and through that revelation is awakened from ignorance, from sleep, or from drunkenness, which are various metaphors that are used for the state of the human being before he or she received Gnosis. Once Gnosis is revealed to that person and is accepted by that person, it’s ultimately the basis for integration into the world of the divine from which that person had originated. One of the essential features of Gnosis in terms of its content is that the knowledge that saves is the knowledge that the world in which we live is not the eternal world and our innermost beings are divine and consubstantial with a divine being who is beyond the world, and ultimately is not responsible for its creation.”iv

Gnosticism in a modern context

Beyond the powerful and radical motifs Gnosticism offers for modern visual art, as found in films like The Truman Show, Inception, or (again) The Matrix, or in such television series as The Prisoner or the reboot of Westworld, one of the advantages of Gnosticism is that it can be taken as literal, literally, spiritually, or psychologically as one wants. As an illustration, Carl Jung based much of his depth psychology theories on Gnostic cosmology, mainly because he saw Gnosticism as a discipline that efficiently burrowed into the subconscious for therapeutic insights. In the same stream, scholar Stevan Davies said: “The Savior is not a celestial being brought to earth; the Savior is a capacity of the mind, and the Savior’s journey from above is actually one’s own insight journeying from within.”v

Or Gnosticism can be taken as politically as one wants, whether alien reptilian rulers or Deep State takes the place of the Demiurge and his archons. To the Gnostic, reality was negotiable; escape from the constraints of this world was not. And to those in power throughout history, the Gnostic rabid suspicion of authority, rejection of earthly systems, denial of creator gods, and artistic individuality was unacceptable. They had to go because they had seen the man behind the curtain and made a run for the hot air balloon of individuality. The Gnostics declared all of reality was fake news and alternative facts and a Mandela Effect. As DeConick writes in her book, “The ideas in Gnostic scriptures are not innocent. They are not innocuous. Rather, they are provocative. They involve risk. They call into question. They stir up and incite.”vi She also writes that “the Gnostic scripture didn’t become forbidden scriptures. They were forbidden scriptures.”vii

As can be seen, the Gnostic attitude has soaked today’s culture, in some level or another. The game is rigged, the dice was loaded from the start. The best we can do is troll and protest the cosmos and its bad karma software engineers — go on otherworldly adventures to places where ruling angels fear to tread to find relief and a sense of wholeness. 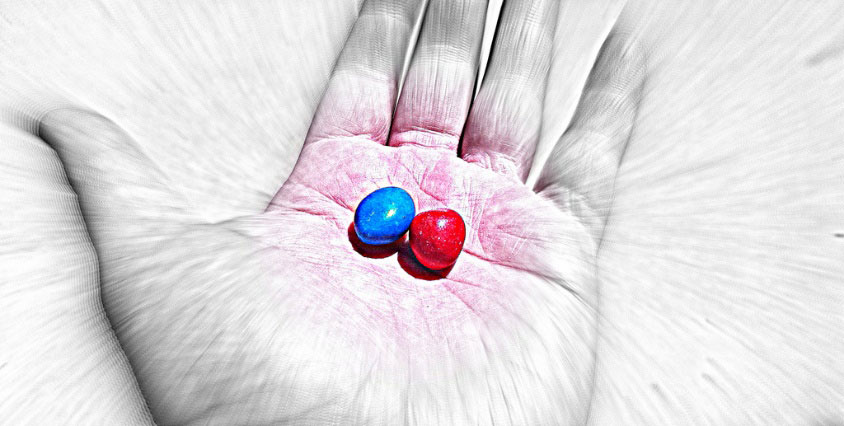 Despite today’s culture embracing both a mutinous and escapist attitude, it still misses the mark of the ancient Gnostics. And despite their existential cred of alienation bordering on nihilism, the Gnostic outlook was refreshingly positive and gripped by a fiery joy. Sure, Gnostic texts like the Secret Book of John or the Gospel of Truth portray a fallen world of Lovecraftian foes. However, there is a rescue operation at all times from higher forces. Everything is going to be alright if we would just wake up and become Christian Bodhisattvas as is our right.

Beyond a lack of hope (or you might call it faith), there is still that one crucial ingredient missing from society today that falls short of a full-blown Gnostic mindset (and that of other ancient esoteric movements). It’s best explained by Philip K. Dick scholar Erik Davies:

“I’d like to suggest instead that the impulse to transcend — the Neoplatonist’s ascent through the spheres, the Gnostics’ sudden awakening, the desert monk’s rejection of the elan vital — is not simply a philosophical error or the mark of patriarchy, but is fired by an intensely lucid yearning of the highest of goals: liberation.”viii

Yes, more than anything the Gnostics sought freedom – untamed, unapologetic freedom. That, in truth, is perhaps why they were considered the greatest of heretics to both secular and religious authorities: they wanted a freedom not stored in any material construct. 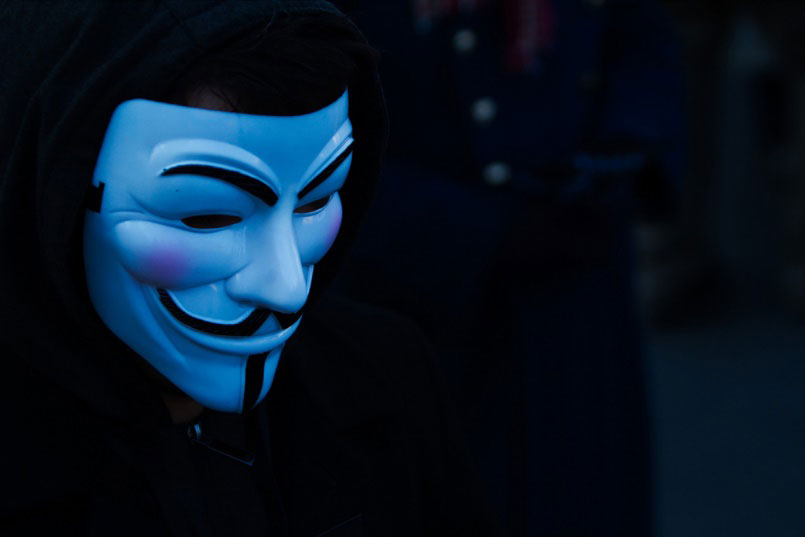 A true modern Gnostic would be closer to the Positive Existentialism or Outsider trope provided by British author Colin Wilson. As Gary Lachman wrote in his biography of Wilson, Beyond the Robot:

“The Outsider is someone who sees “too deep and too much” and that most of what he sees is “chaos.” He or she lives in the world with a sense of “strangeness” and “unreality.” The safe, stable reality that most of us perceive is for the Outsider an illusion, a façade obscuring a more dangerous and threatening possibility: that of nothingness, nihilism, and the void, the complete inconsequentiality of human life and all its achievements. For the Outsider, the values and meanings that constitute life for most people — a good job, a big home, a nice bank account — are empty and makeshift; they are, at best, “attempts to gloss over, to make look civilized and rational something that is savage, unorganized, irrational.” He stands for Reality. He seeks a meaning and purpose that the everyday world cannot provide and his salvation lies in understanding this and embracing it with total conviction.”ix

That would be Gnosticism in modern times. That is where Gnostics throughout the ages found peace, beyond what is imaginable (and acceptable) to sublime states of unrefined freedom. As crazy and paranoid as that may sound (and the Gnostics were regularly accused of these), it’s perhaps the sanest to have…or sometimes the best attitude to stay sane in these times of negotiable reality. Maybe we don’t live in Gnostic times, but the psyche of western culture is finally opening its third eye and catching up with what the Gnostics discovered 2000 years ago.

Like Morpheus tells Neo after he takes the Red Pill, you can almost hear the voice of ancient heretics telling us, “Welcome to the desert of the real.” 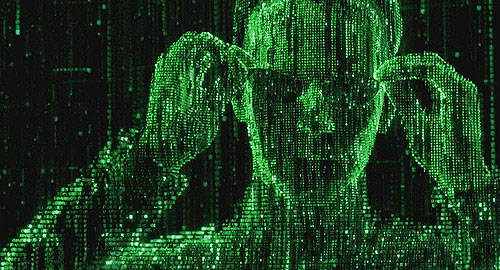 Miguel Conner is the host of Aeon Byte Gnostic Radio, a popular podcast dealing with Gnosticism and western esoteric systems. He is also the author of Voices of Gnosticism, Other Voices of Gnosticism, Stargazer, and Heretic. His articles and fiction have appeared in such publications as The Gnostic Journal, The Heretic Magazine, Mindscape, Reality Sandwich, The Cimmerian Journal and many others.

He does like Piña Coladas and getting caught in the rain, as well as obsessing about the platypus and the Oxford Comma.

8 thoughts on “The Return of the Gnostics”