The Universe communicates with each of us in a unique and deeply personal manner. Often, its signs are so subtle that if we are not paying close attention, we will miss them altogether. However, when we allow our inner light to shine brightly, we can’t help but acknowledge its profound messages. From my own direct experience, I feel that the flow of communication between each of us and the energies of the Universe takes place at the vibrational level. We draw cosmic messages through the energy we give off with our thoughts, intentions, actions and openness to the subtleties on the spiritual plane. We are both the conduit and the catalyst of such interactions. There is no separation or distinction—all is one.

Often, these cosmic messages or ‘divine signs,’ come to us through the channels of what we linguistically refer to as synchronicities, mystical experiences and psychic phenomena.

However, each of these terms represents our feeble attempts to apply human reason to concepts that can only be intuitively understood. For these experiences inspire deep feelings of knowing that we are all intricately tied to something far beyond what this physical world suggests. 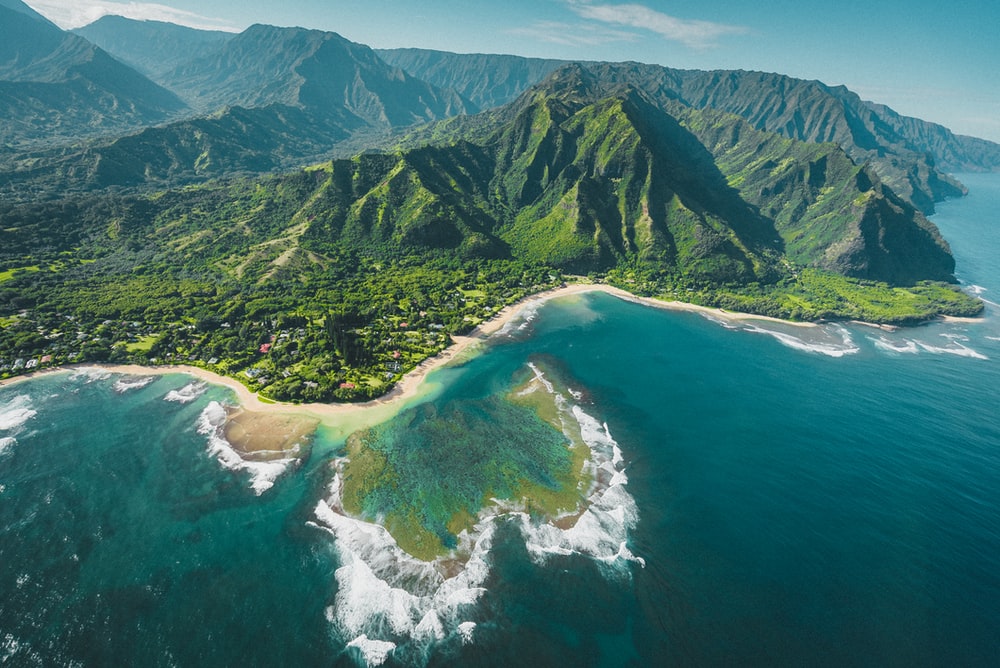 Synchronicity, a term coined by the late psychologist Carl Jung, is said to occur when an objective event meaningfully relates to one’s inner state of dreaming, fantasy or feeling. In a person’s synchronistic encounter, there is no causal connection between the objective event and one’s inner state of being. In other words, the mainstream science community cannot explain this phenomenon through the linear framework of cause and effect (event A caused event B to happen). The following is an example of synchronicity:

“One day, while hiking at a park just outside of Nashville, Tennessee, I stopped along the trail to meditate. It was a beautiful day outside, and I felt connected and inspired. I sat down and fell into a deep meditation. While in this exalted state, I soaked up the afternoon sun and visualized my visit to the island of Maui, Hawaii, 10 months earlier. Inwardly, I recounted how that enchanted place had sprung my soul to life. I fixed my mind on one of the beautiful mountains I had climbed and visualized the infinite sea of crystal blue water to one side of the peak. Towards the opposite face of the mountain, I recalled the lush green canopy of tropical trees.

There in this blissful state, I silently asked the Universe if I was destined to someday return to Hawaii to live. As I asked this question, I continued to summon the intense feelings of connection I felt while on that mountaintop. After about 30 minutes in meditation, I came out of my trance and stood up to make my way back to the trail. However, not more than two steps onto the path, I encountered the first person I had seen on the hike. He appeared to be in his mid-thirties and was six feet tall, with short, dark hair. However, it was what the man was wearing that caught my eye. He had on an orange sweatshirt with one word embroidered on it in large purple letters: HAWAII. I nearly fell over in disbelief. After a stunned couple of seconds, I introduced myself to him, and asked if he had ever been to the island. He responded that he had gone once before, and loved it.”

For a brief moment, I debated if I should tell him about the meditation and his special role as the outer manifestation of my inner state of feeling. But I thought that he might think I was insane. I pondered the deeper meaning of this event on the two-mile walk back to the car. My encounter with the man in the Hawaii sweatshirt seemed to capture each of the two components of synchronicity.

First, an objective event (the man wearing the Hawaii sweatshirt) meaningfully related to an inner state (my meditation on Hawaii) of dreaming, fantasy or feeling. Finally, there was no causal connection between the objective event and the inner state of being. Rational folk would say that this event was a coincidence. However, is there even such a thing as coincidence? Doesn’t every occurrence within this great unfolding have significance and meaning? To dismiss one’s genuine encounter of synchronicity as ‘coincidence’ is to also deny that the Universe always communicates with each of us. 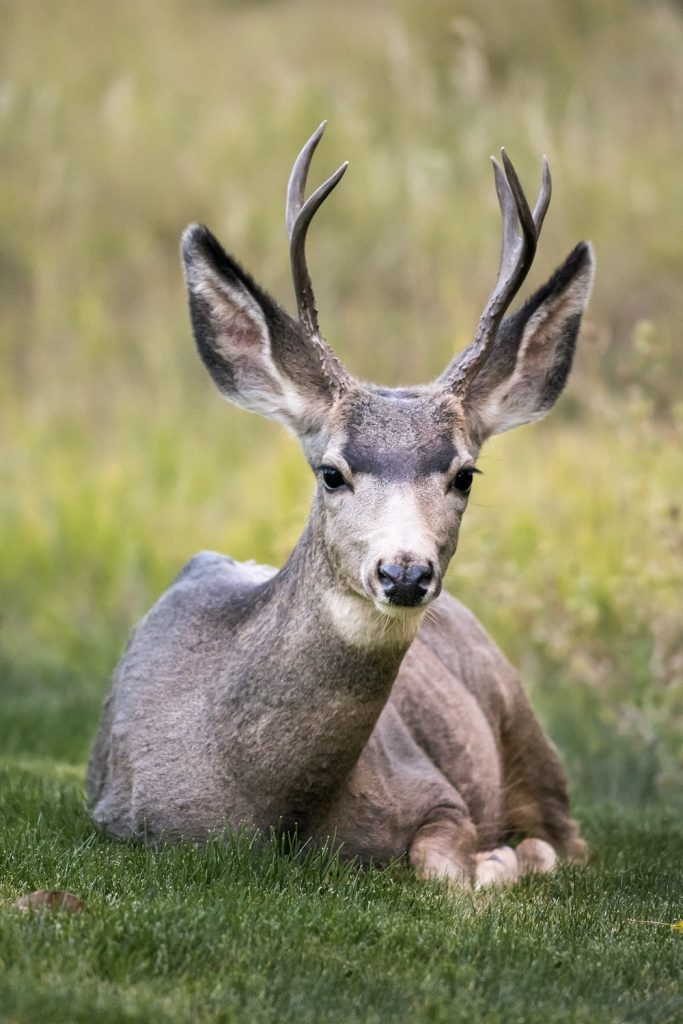 The mystical experience is an awe-inspiring event that has been recounted through the ages by mystics of all spiritual faiths. Such an experience can be described as a transcendent moment of knowing which leaves one with a deep and intuitive understanding that they are part of a greater web of being. During a mystical experience, one may experience a range of emotions that include gratitude, humility and wonder.

According to the 20th-century philosopher William James, there are four components of a mystical experience:

I would personally add three more components to James’ list:

The following is a personal account of a mystical experience that I also wrote about in my first book The Hippie Revival and Collected Writings:

“I was on a hike through the woods with my partner, Rose, and my dog, Abbie. We were walking down a beautiful trail, when about 200 feet (or 61 meters) away, a doe stopped right in the middle of it. I placed Abbie on her leash so she wouldn’t give chase. Over the course of the next 30 seconds or so, our pack and the doe locked eyes. Suddenly, it appeared as though the doe was trying to bow her head to us, as if acknowledging our presence. In all my time spent in nature, I had never seen any animal do this before. I took my eyes off the deer for one second and looked over at Rose, who began bowing to it. I turned my attention back to the enchanted creature and followed suit. To my great astonishment, the doe bowed her head down to us. After a couple of seconds, we lowered our heads a second time to it. And the same response followed. Amazed, we bowed a third time. Again, the same reaction! Overcome with awe, Rose and I clasped our hands together and knelt to the ground. We graced her presence for the fourth time. Remarkably, the doe bent down as low as she could go (almost like a curtsy) and bowed back to us. By this point, we were both aware that something truly mystical was happening. Not once, not twice, not three, but four times, the Doe honored our souls! After the fourth exchange of bows, Rose and I looked at each other in disbelief, as the doe turned to walk away. As a show of respect to her, we started to head back in the direction we came from. But after only a few steps, the three of us looked back to see the deer standing in the middle of the trail again. She wished to give us one final farewell. We waved at her. Then the doe disappeared back into the woods.”

This moving interaction with ‘the bowing deer’ qualifies as a mystical experience. Not only was it an awe-inspiring event for me, personally—as I know it was for Rose, Abbie and perhaps the deer—but each of the above seven qualities was present in the encounter. This interaction with the doe was directly experienced, and it also revealed personal and profound universal truths about the nature of my relationship to the Universe. In the months following this encounter, I found myself meditating often on the significance of the event, from both a personal and cosmic standpoint. Our divine meeting with the ‘bowing deer’ was also fleeting. The whole encounter took place in a matter of five minutes. The event was so brief, in fact, that the three of us would have missed out on this experience had we begun the hike only 30 minutes earlier. Our meeting was also spontaneous. I had absolutely no inkling beforehand that such a miraculous event would happen. I am eternally grateful that it did. The encounter with the deer also took place in an environment that I felt deeply connected to (nature). This interaction also broadened my overall understanding of consciousness. I became more confident in knowing that all things are connected as one. Finally, how could the passing of such an event not inspire one’s own faith in God or the one with many names? 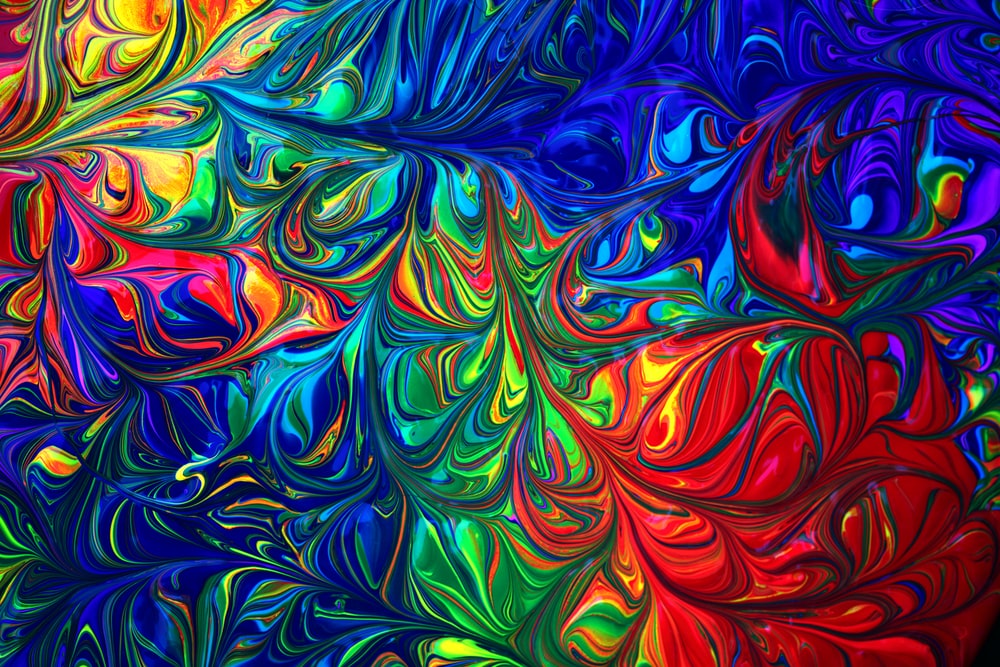 The term ‘psychic phenomenon’ refers to a broad range of profoundly intuitive experiences that relate to the unfolding of what we call future events. Psychic encounters are varied but can include some of these remarkable happenings: spiritual visions arrived at through prayer and meditation, dream-state visions of future events and telepathic communication (when thoughts and feelings are transferred between two beings, non-verbally). Of the three channels of divine communication, the psychic phenomenon is best known to the public, but it is also the least understood. Due to its deeply intuitive nature, describing one’s psychic experience can sometimes be a difficult task. Nonetheless, I will make the attempt:

“My good friend Austin had been going through a tumultuous time in his romantic life. I knew he was suffering. One evening, I had a vivid dream about Austin. In it, he appeared sad and in need of someone to talk to. I could feel that he was both confused and heartbroken. The dream continued to unfold in a series of random sequences of Austin. Then, very suddenly, I awoke. In that split second of waking, I reached for my cell phone to see the time, more out of habit than anything else. The time read 7:08. At that exact moment, with the phone still in my hand, a text message came in from Austin. In the text, he asked if I would come over his house for breakfast. Later in the day, we went for a walk together, and I learned that his girlfriend had been unfaithful to him. Still later, I would recount both the dream and the exquisite timing of the text message to Austin. His reaction was one of bewilderment.

The above example falls within the spectrum of psychic phenomena. In this instance, Austin and I appeared to be subconsciously reading each other’s thoughts and emotions—a form of telepathy. Just as I appeared to be tapping into his momentary suffering, Austin seemed to be simultaneously reading my feelings of empathy. This bizarre sequence of events also came to me through a dream. This should not be surprising. After all, through the ages, many indigenous tribes have long believed that the dream state is a mystical portal into the realm of pure spirit.

On the surface, synchronicities, mystical experiences and psychic phenomena appear as distinct kinds of experiences. However, in reality, they are each channels of communication between the Universe and one’s own deathless spirit.

The relationship of each to the other is akin to the way we should regard different religions who worship the same God: as alternate paths to the same mountaintop.

Forrest Rivers is a writer, teacher and speaker who lives in the Colorado Rockies. He is the author of The Hippie Revival and Collected Writings and his latest book, COVID-19 and Humanity’s Spiritual Awakening, is available through Amazon. Feel free to connect with Forrest through email at Forrestrivers4@gmail.com or visit his blog: https://forrestrivers.com/blog/