While many people discuss "The Rosetta Stone" as a historical artifact, few take the time to read the story that it tells. Since childhood, I wondered about what was really written on "The Rosetta Stone." What was of such great importance that it had to be recorded in 3 languages to insure its survival? What was it that Champollion and Thomas Young discovered?

After waiting 45 years, I finally discovered a translation of its text published by E. A.Wallis Budge in the 1929. "The Rosetta Stone," is a remarkable story, a recounting of the many decrees of Ptolemy V Epiphanes (203-181 B.C.) upon the 9th anniversary of his reign.

Ptolemy V had succeeded during the previous year in subduing a rebellion by a certain temple and priesthood. The priests of the Temple of Lycopolis had refused to pay tithes and taxes to the Pharaoh in the VIIIth year of his reign. They occupied the fort-like temple on the banks of the Nile. Rather than attacking the temple with his army immediately, Ptolemy diverted the Nile River around the Temple by damming, digging trenches, mounds and canals around it, depriving them of water.

When his earthworks were complete, the Nile rose in its yearly flood cycle but the Temple of Lycopolis was isolated. At that time, Ptolemy V laid siege to the Temple to overcome the rebel priesthood.

The following excerpt relates the account of his strategy and victory:

(18) And having gone to Lycopolis, which is in the Busirite nome, which had been occupied and fortified against a siege with weapons of war and supplies of every kind —now of longstanding was the disaffection of the impious men who were gathered together in it and who had done much injury to the temples and to all those who dwell in Egypt – and having encamped against them, he surrounded it with mounds and trenches and marvelous engines; and when the Nile had made a great rise (i.e. inundation) in the VIIIth year, and being about, as usual to flood out the plains, he (i.e. the King) held [the river] in check, having dammed up in many places the mouths of the canals, and in carrying out this work spent no small sum of money; and having stationed cavalry and infantry to guard [the dams] he took by storm the city in a very short time, and destroyed the all the impious men who were therein, even as HERMES (TOTH), and HORUS, the son of ISIS and OSIRIS, in those very same places, reduced to subjection those who had rebelled." [1]

After putting down the revolt, Ptolemy decreed the following:

A general amnesty for the rebels (except for the ringleaders)

Ptolemy V allowed many of the priests to retain their homes and wealth,

Ptolemy V decreed a national celebration of the jubilee of his reign.

Then Ptolemy V also declared himself a deity:

In our "politically correct" age of equality, the common man and the lowest common denominator of culture or religious beliefs, this would appear to be neither very laudable nor a fashionable aspiration. But it was this Pharaoh's final proclamation, The XVIIth Decree of Ptolemy V, which would rewrite the history of the Western World.

We cannot understand today the immense void of human knowledge and understanding of history, religion and politics that existed before the discovery and translation The Rosetta Stone.

In the 54th line of the Rosetta Stone inscription (corresponding to the XVIIth Decree in another similar but not identical stele found at Canopus), Ptolemy V Epiphanes commanded that the entire record of this campaign and adventure be inscribed on stelae, engraved in stone, in the 3 major languages of the kingdom. He furthermore decreed that this proclamation, rendered to begin the jubilee of his reign, should be placed prominently in all temples in Egypt and other important sites and shrines, thus insuring its wide distribution and dissemination. Most importantly, the decree stated: 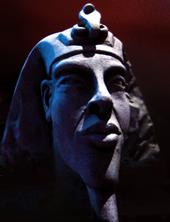 Those 46 words changed the course of history and they assured its future recovery after it was lost for two thousand years.

It was an electrifying moment for me to realize upon reading this proclamation that had "The Rosetta Stone" (one of only two stelae recovered) not survived, we would know nothing of the meaning of Egyptian history before the Ptolemies, except from Greek and Roman sources, nor would we know the meaning of hieroglyphics, the Egyptian language or the immense history and advanced science that has been revealed since its translation.

We would know nothing of their religion, their pantheon or the temple practices of the Old, Middle and New Kingdoms. We would not know of Narmer, Aha or Menes, the legendary First Pharaoh, who died in the Nile River, carried away by a hippopotamus, snatched by his leg from his royal barge.

We would have known little of Akhenaton and his monotheistic worship of Aten, much less heard the names of Nefertiti, Tutankamen or the lineage of pharaohs before Alexander the Great and the Ptolemy dynasty. We would never have heard of Seti, Rameses I or Ramses the Great. All our history and culture would be different.

We would not know the names Aten, Aketaten, Amenhotep or the attributes of the Neteru, "The Sky Gods" of Heliopolis (Abydos) or of Khufu, Djoser and Imhotep, the Father of Medicine, called "Aesclypius" by the Greeks. We would know nothing of the Hyksos or "The Sea Peoples" or of "The Egyptian Book of the Dead." 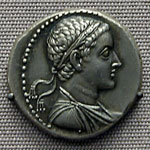 Mankind might have remained, as Graham Hancock puts it, "…a species with amnesia."

Like a somnambulant awakening to his precarious position on the edge of a precipice, Mankind is only now slowly passing out of its amnesia but that would not be occurring without "The Rosetta Stone." The Aquarian Age would not be happening as it is.

Perhaps, we might have known some of these figures by their Greek names or counterparts, such as "Cheops" for Khufu, but the greater part of the most ancient roots knowledge and the foundations of Western History would have remained in darkness.

Long May the Memory of the Great Illuminator of Egypt's ancient past live on and be remembered always in the Halls of Amenta.

Robert D. Morningstar is a civilian intelligence analyst and psychotherapist in New York City. He is a specialist in photo interpretation, analysis and computer imaging. He graduated from Power Memorial Academy (NYC). Morningstar (M*) was a New York State Regents Scholar (1967-72) and received a degree in psychology from Fordham University. An expert in Chinese language, history and martial arts. M* is acknowledged as a Master of Yang Family Tai Chi Ch'uan by the Hong Kong Tai Chi Masters Association and has taught at Oberlin College and for the City University of New York (Hunter College) as well as, the International Center for the Disabled. He is a FAA-licensed pilot and Instrument Ground Instructor with 23 years of flying experience.

M* has studied the paranormal and UFOs for over 40 years and has published many research articles on the Internet, exposing government cover-up and deception in the JFK Assassination and his work is cited in major books on the assassination, notably in Paris Flammonde's "The Assassination of America" and "Conspiracy Science" by Prof. James Fetzer. M* has written extensively to expose NASA's use of 'Disinformation Technology' in suppressing evidence of extraterrestrial life and exposing the real nature and threat of the UFO phenomenon. He is currently the Associate Editor of UFO Digest.

Saving Hubble
George Michael Evica's A Certain Arrogance
On the Role of 'The Black Hand' of Political Assassinations in History
TMA-1: The Martian Artifact
TMA-1: The Martian Artifact – More on Martian Meteorology – Part II
Treasure of the Abyss: Morningstar Discovers Luminous Sky Object Above Lunar Surface In Apollo 16 Photograph
2 Eggs on a Roll, No Beacon
ET Murders Most Foul
ESA's "Not So Smart-1 Satellite" Crashes into Moon
The Assassination of America
A Midsummer Nights Dream or A Midsummer Nights Nightmare?
The Sutton UFO 1932
Soviet Merchant Ship UFO Sighting
Multi-UFO Craft Maneuvers Captured
Use of Humor to aid ETAP Recovery

For M*'s investigation into the JFK Assassination, see "Featured Articles" at: