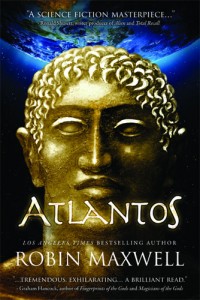 On primeval Erthe and Mars two magnificent civilizations hurtle toward their cataclysmic destinies. The rival brothers who govern them possess advanced technos and all-too-human passions.

Are they gods or are they men?

Level-headed Terresian explorer and scientist Poseidon Ra commands an expedition to Erthe where a routine genetic protocol on the aboriginal population has unexpectedly triggered a staggering leap in human evolution. He quickly realizes that he’s traveled 940 million miles across the solar system only to fall in love with a planet…and its exceptionally advanced native daughter and mushroom shaman, Cleatah.

Sensualist and bad boy Athens Ra has been tasked with governing the mining colony of Mars – a life-sustaining mission crucial to the survival of the home world, Terres. The drilling spawns riches beyond imagining, and enemies that are the stuff of nightmares.

One brother discovers a love that will change the course of history, the other…monsters, madness and death.

With the help of his “Trident” –  beloved wife Cleatah, Shore tribesman Boah, and fellow Terresian scientist Talya – Poseidon has gathered disparate tribes from every corner of the Atlan continent into one massive tribe. After several years the people have unified, mastering the common language, Terrerthe, and now Poseidon – using advanced phaetron technos – will show them a vision of the magnificent city they will work together to build.

Poseidon looked out over the assembled. They stood in a great mass a way back from the settlement. Cleatah and Boah flanked him, wearing expressions of the greatest solemnity. Realizing that their leader, their teacher – the one whom some believed a god – was about to speak, everyone grew very quiet. They never realized their silence was unnecessary, as Poseidon was even now programming the voice projection function of his phaetron so that he would be heard clearly by all.

“My friends,” he began in Terrerthe, “I’m going to show you something that you have never before seen. It may be frightening, but I swear to you that what you see and hear now will not harm you in any way. Anyone who doesn’t wish to witness this vision should turn away, but if you do watch, you must promise not to move from where you stand, and you must remain calm. What I will show you…is a very large village, what is called a ‘city.’ The huts will be made not of pounded mud and grass, but of stone.” He smiled broadly. “It is the granite that the miners and stonemasons have been taking from the mountain and cutting into blocks these three years.

“Now we live on the Great Plateau, but this city will be built on the side of the sea – just there.” He pointed to the headlands behind them. “Small waterways from the sea, and rivers from the far mountains will flow into the city and all around us, but a mighty wall will protect it from the dangers of giant waves. While you on the Great Plateau have been learning to plant, harvest, herd and mine, our friends the Shore People and others who made their homes on the water’s edge have learned to build sailing ships. These will become a part of your daily lives.

“All of this I’ll show you, and more. When you see the place, know that it is your place. You will – with my help, the help of Cleatah and Boah, and the leaders of the One Tribe – climb down from the Great Plateau and build this city. Then it will be yours to live in. Let anyone leave now who does not wish to witness a vision of their new city.”

Among the many thousands of tribesmen, women and children, it seemed not a single muscled twitched. Not a person turned away. The silence was absolute. Even the birds ceased their calls. The wind, as if Poseidon had sent a request, suddenly died. He could hear blood pounding behind his ears. He turned and gazed at Cleatah and saw with the greatest surprise that Talya stood beside her. Talya, who had never before set an uncloaked foot in Itopia. Poseidon heaved a grateful sigh to see there was an ease between the two women. Boah moved to stand at Cleatah’s side and the two clutched hands. Three pairs of eyes gazed back at Poseidon with hope, love and the pride of accomplishment.

He had synchronized his wrist phaetron with the ship’s more powerful device to insure the image was immense, razor sharp and sparkling with the truest colors.

Now he turned back to the people and began to speak. “Behold a new world. Your world, your home. Atlantos!”

Then with the merest touch to his wrist he engaged the diffractor. At once the air began to crackle and spark. A moment later the Great Plateau was no more, the firelights of Itopia disappeared altogether. Even the low stars above the horizon were gone.

In their place stood a fantastical metropolis of several concentric rings – both land and water. As though staring down upon the spectacle from the edge of the headlands in daylight, all could see the rounded amphitheater of the plateau’s cliff-face enclosing three quarters of the circular city. A towering seawall high enough to hold back the greatest sea waves completed the span.

Water-filled canals glittered in the sun. Upon them hundreds of vessels, their white sails and bright flags snapping in a crisp breeze, moved in and out through a massive sluice gate – itself carved with the symbol of the Trident – to the ocean beyond. On the outermost “ring island” could be seen the tiny figures of men loading and unloading cargoes onto docks and into warehouses. A marketplace filled with stalls teemed with women in colorful shifts.

Another canal separated the outermost ring island from a middle ring isle. On this were built grand public buildings, pretty white, red and black stone residences amidst lush trees and flowering gardens where children were playing. Plazas, roadways and bridges spanning the canals like spokes of a wheel were crowded with carts and horses. A massive system of aqueducts connected every part of the city.

Poseidon chanced a look at the peoples’ faces and saw their transfixed gazes and slack-jawed astonishment. Women held their children tightly to them, and the fiercest of hunters unashamedly clutched one another. He sagged with relief. They had not run screaming in fear. Shown a glimpse of their inconceivable future the One Tribe had, in a moment of remarkable trust, accepted a wondrous vision born of the most impossible of dreams.

Poseidon turned to find Cleatah. Her face was wet with tears.

A NOTE FROM THE AUTHOR: Fifteen years in the making, ATLANTOS (The Early Erthe Chronicles Book I) is my first-ever science fiction saga. It was great fun exploring all the greatest mysteries of the universe in one fell swoop, incorporating the in-depth research of some of my favorite authors – Graham Hancock, Terrence McKenna and Zecharia Sitchin. I got a chance to write about men and women from a distant, technologically advanced planet who arrive on prehistoric Erthe possessing the power of gods, and the extraordinary aboriginals that teach them – through their passion, fury, love and revenge – what it really means to be human.

Now Available on Amazon as a paperback, eBook and audiobook; and at BarnesandNoble.com.