Links to sites dealing with Atlantis and other legendary lost civilisations.

The creators of this site believe Atlantis is to be found beneath the South China Sea, and have attempted to provide evidence to support this claim. 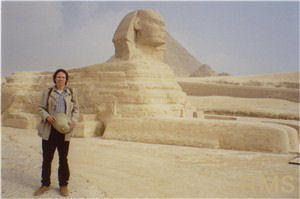 The homepage of geologist Robert Schoch who's dating of the Great Sphinx was of massive import in the work of John Anthony West and subsequently Graham Hancock and Robert Bauval.

Peter Marshall is a philosopher, historian, biographer, poet and travel writer. He has written fourteen highly acclaimed books which have been translated into ten languages. An occasional broadcaster, his circumnavigation of Africa was made into a 6-part TV series and his voyage around Ireland into a radio series. Recognized as a profound and original thinker, he has made a major contribution to fields as diverse as anarchism, ecology, alchemy, astrology and archaeology. In his life and writing, he has been motivated by a search for meaning and truth and by a wish to expand freedom so that all beings can realize their full potential. 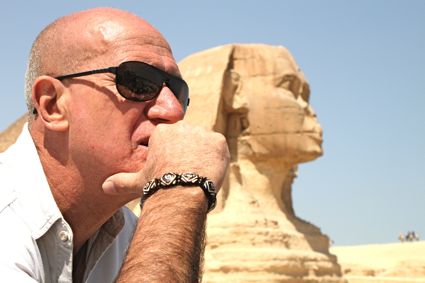 Robert Bauval's official site. Robert and Graham have worked closely together for many years and have co-authored two books with more to come! Robert is the originator of the Orion correlation theory which has revolutionised thinking on the true purpose and meaning of the great pyramids of Egypt. His site will keep readers up to date with the latest developments at Giza and with his own original thinking about the mysteries of the pyramids and related matters.

This one is big on enigmas! It also gives a history as to the research done into Atlantis since Plato's first musings in Timaeus and Critias, complete with a diagram of how it would have looked according to his descriptions. For those who remain unconvinced by the whole thing, there is a counterpoint in the form of a skeptic's dictionary!