A collection of links to sites relivant to the discussion of the Aquatic Ape Theory of Human origins, popularized by Elaine Morgan. Elaine Morgan was the featured Author of the Month at GrahamHancock.com for September 2002. The discussion was greatly enhanced by the presence of respected Aquatic Ape theorist, Craig Hagstrom, who's personal Web site is featured among those listed below.

This is THE place on the net to discuss AAT! Not to be missed is you are interested at all in educated opinion on the subject. Craig Hagstrom, author of "The Passionate Ape" is a regular contributer. Elaine Morgan and Marc Verhaegen have also been known to post to the forum.

You must register with Yahoo to take part.

This web page offers a critical examination of the Aquatic Ape Theory, treating it as a serious scientific theory. It is one of the few online sources that does so. There are many other web sites which deal with it, but they do not offer the critical examination which any theory needs to be given. 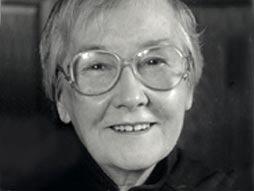 Elaine Morgan: I believe we evolved from aquatic apes

Elaine Morgan was a tenacious proponent of a theory that is not widely accepted. The aquatic ape hypothesis lays out the idea that humans evolved from primate ancestors who dwelt in watery habitats. Hear her spirited defense of the idea — and her theory on why science doesn't take it seriously.

A Mammoth Web Site with an almost inexhaustible amount of information regarding both the classic AAT and the author's particular "riverine" interpretation.