Yonaguni: The Enigma of "The Face" and "The Stone Stage" 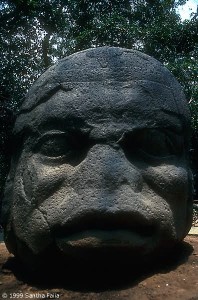 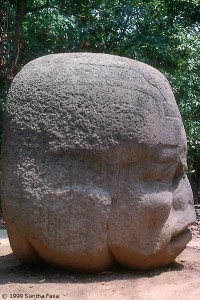 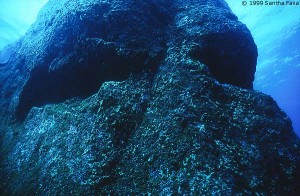 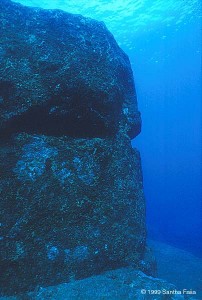 Now submerged beneath 18 metres of ocean could this underwater apparition off Yonaguni be a much eroded megalithic carved head left behind by some lost antediluvian culture? Or is it just another one of the apparently limitless “freaks of nature” that geologists wish to persuade us have somehow managed to accumulate around one tiny island in the extreme south-west of Japan? The “Face”, as it is known to local divers, and the “Stone Stage” of which it is an integral part, are located off the south coast of Yonaguni 2 kilometers to the east of the main monument. 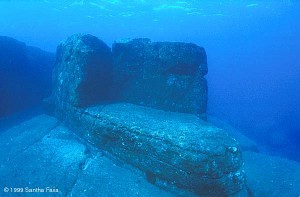 The Face and Stone Stage in their surroundings. 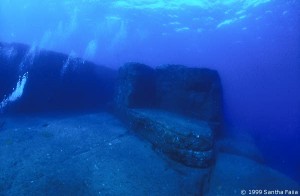 This wider view shows the Face and the Stage to be set amongst a complex of rectilinear structures. 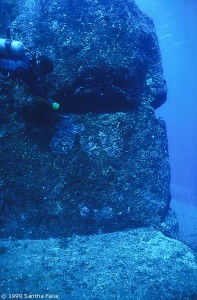 The right eye of the Face with diver for scale. The Face looks due south. 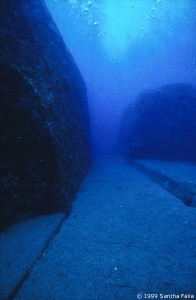 Rock-hewn avenue beside the Stone Stage. 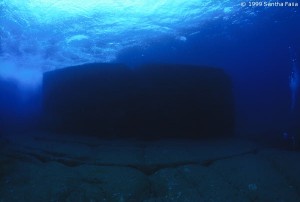 Rock-hewn rectlinear structure and megalithic 'paving' close to the Stage.