Author of the Month :  The Official GrahamHancock.com forums
Join us at this forum every month for a discussion with famous popular authors from around the world.
Welcome! Log In• Register
Go to: Forum Home•Board•New Topic•Search
Re: But Richard ... Did we really go to the moon ?
Author: Ahatmose ()
Date: December 07, 2007 04:38PM
One of several ways to fake a Moon shot - Is this addressed in your book ?

Is an explanation of this image 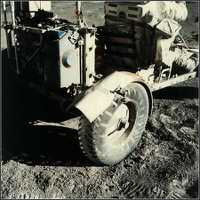 and how even though the "sand" was soft enough to leave footprints both beside and BEHIND the back wheel but no tire tracks - availalbe in your book ?

This is just one image I have chosen at random. You should know what Apollo flight it was from having "exhaustively" studied ALL the evidence of a fake moon landing.

PS: After studying The Kennedy Assassination for 40 years I think I may be somewhat qualified to pick out disinformation when I see it.