Author of the Month :  The Official GrahamHancock.com forums
Join us at this forum every month for a discussion with famous popular authors from around the world.
Welcome! Log In• Register
Go to: Forum Home•Board•New Topic•Search
dating Easter Island
Author: mhgaffney ()
Date: December 07, 2020 02:13PM
I’d like to share a startling discovery I made a few days ago, thanks to a recently posted film about the Great Pyramid.

Here is the link:
[youtu.be]

The film was produced by Fehmi Krasniqi and introduces a novel theory about pyramid construction that might turn out to be correct. I highly recommend the movie even though I take issue with Krasniqi on a number of points.

The film is very long, and three hours into it there is a fascinating segment about Easter Island. I had been studying the Nazca lines of Peru, so I was amazed to discover in the film that Easter Island also features its own “Nazca” line. I had not known about this.

Right away, I checked the line with Google Earth Pro and no mistake. It is there and it is definitely artificial. The line starts on the north coast of the island and runs straight as an arrow for exactly 3.14 kilometers. As the film producers hasten to point out, this number is the constant pi (π). The discovery of π on Easter Island is important. But I had my own reasons for being interested in the line. I was eager to check its alignment. And when I did, I found that it points precisely to the former North Greenland South Pole position.

I have attached three Google images (below) to illustrate this. The first map shows the line as seen from above. The second one shows the extended alignment. The third graphic is a further extension showing its near-perfect alignment with the former south pole position on Antarctica.

Incidentally, this also confirms Mark Carlotto’s similar discovery reported in his 2018 book, Before Atlantis. According to Carlotto, a row of moai statues on the west coast of the island known as the Ahu Tahai is similarly aligned.

So, what does it all mean?

Obviously, this surface feature on Easter Island was not created by a primitive society. The demonstrated knowledge of pi and the perfect alignment with the south pole are the work of an advanced civilization. When the line was originally laid out, undoubtedly it ran north-south. But that was three world ages ago! The earth’s crust has moved several times since then.

Thanks to the alignment with the former south pole (and Carlotto’s similar discovery in 2018), we can now date the Easter Island civilization that created the line and the famous moai statues — an exciting prospect. When I say “date it” I do not mean a specific year but the world age to which Easter Island belongs.

We know the epoch thanks to Currant and Jacobi’s important 2001 paper summarizing 180+ years of research in the bone caves of Britain. The North Greenland pole position correlates with the second oldest stratigraphic layer when England enjoyed a temperate climate and woolly mammoths roamed the land. This stratigraphic layer has been christened the “Bacon Hole mammalian assemblage”, after the most representative cave site. I discuss this on page 131 of my book.

Mabs Gilmore, an earth scientist and a colleague of Currant and Jacobi, obtained an isotopic date of 87,000 years BP for a sample cut from a stalagmite representative of this layer. The date has an error of plus/minus 2,000 years. This provides a minimum date for the civilization that created the “Nazca” line on Easter Island. The moai statues are much older than anyone has dared to imagine.

This assumes, of course, that isotopic dating is valid, and that I am correct that the stratigraphic layers of the bone caves correlate with successive pole positions.

I only wish Charles Hapgood and Thor Heyerdahl could be with us to celebrate this new information. I know they would be thrilled. 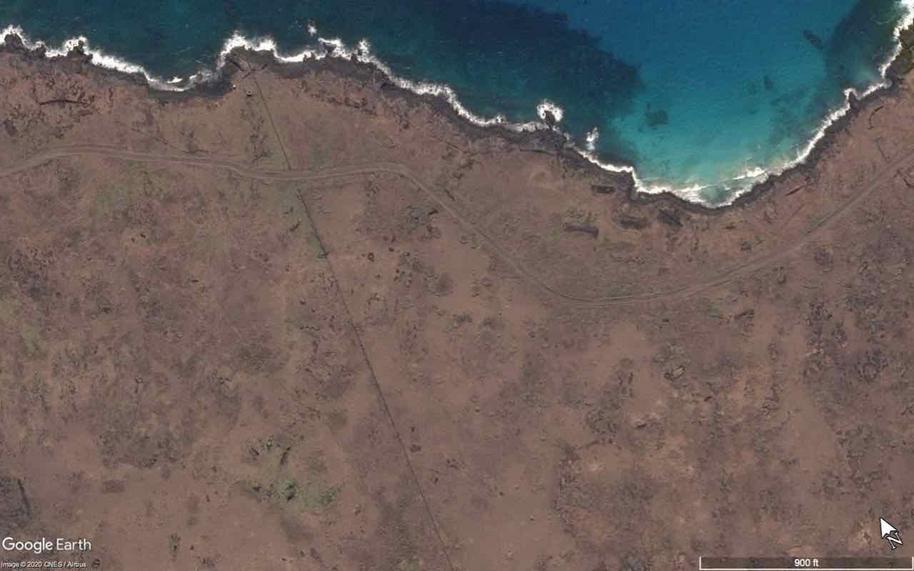 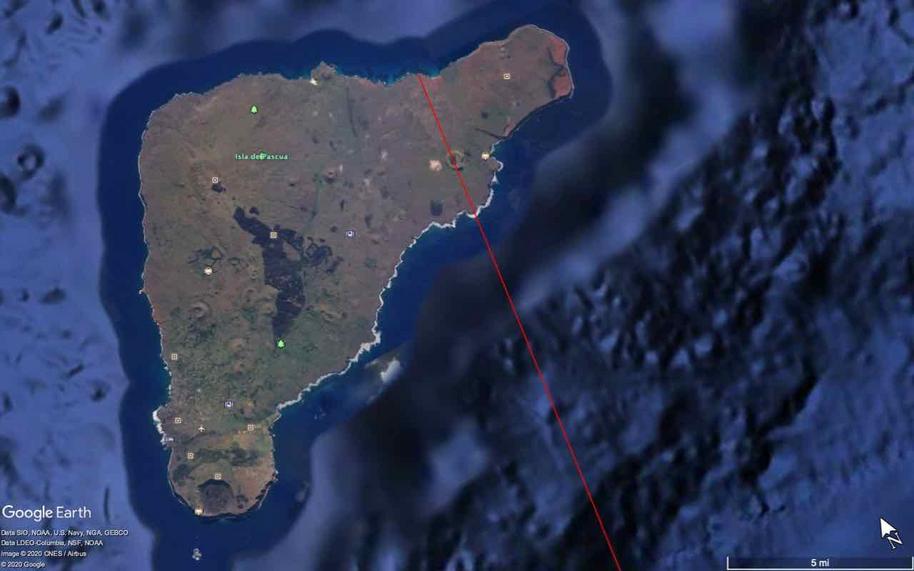 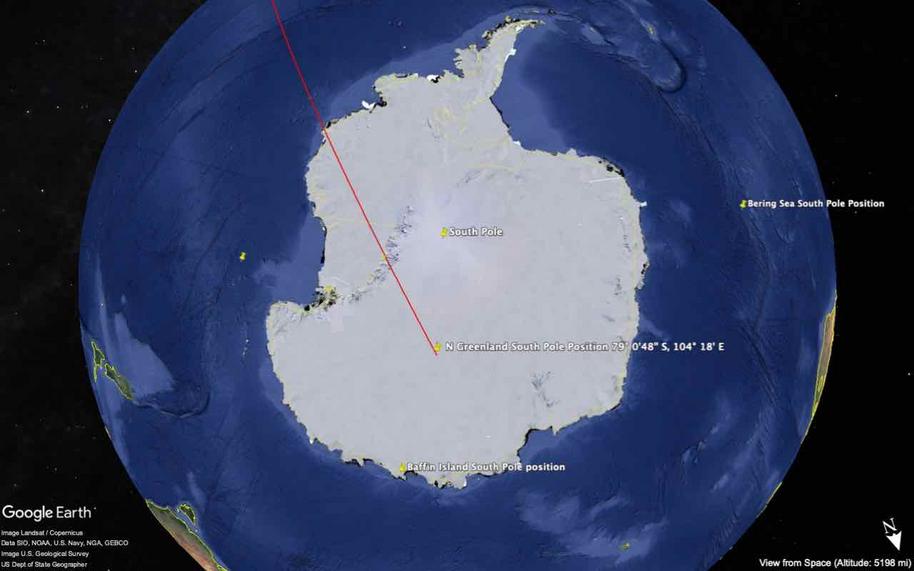