Apologies for taking so long to continue the bear story. I hope it's not too late. The renovations endgame has been particularly gruelling.


In the Gobekli Tepe paper, Martin identified the beastie beside the rightmost handbag as a downward crawling frog, linked to Virgo. Frog was a pretty good guess; in the Gobekli Tepe corpus, low-relief reptiles and arthropods are shown from above, while mammals and birds are shown from the side. Check it out for yourself. This image is clearly in the reptile/arthropod class. 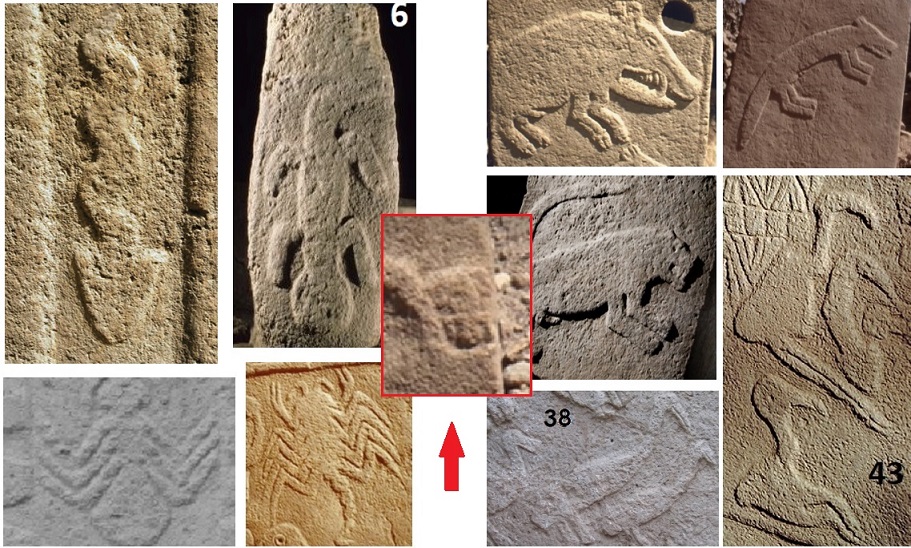 However, by the second paper, Martin had become aware of a certain stamp/seal at Catal Huyuk which is pretty certainly a bear, and which shed light on a class of plastered images on the walls which had previously (though controversially) been interpreted as a mother goddess. He therefore retro-identified the GT image as a bear, based on its alleged similarity to the CH seal, and carried Virgo=bear forward into his later research. But there are problems.

1. The CH bear images are oriented head-up, and have round bearlike ears that are intact on the seal and preserved in traces on the plastered walls. It is possible they represent stylized bearskins rather than bears per se; they form parts of installations that heavily feature trophies, such as skulls, horns, teeth, and bones of other hunted animals. The only actual piece of a bear found at Catal Huyuk was in fact a paw encrusted with plaster, as if it had been dug out of one of these installations. 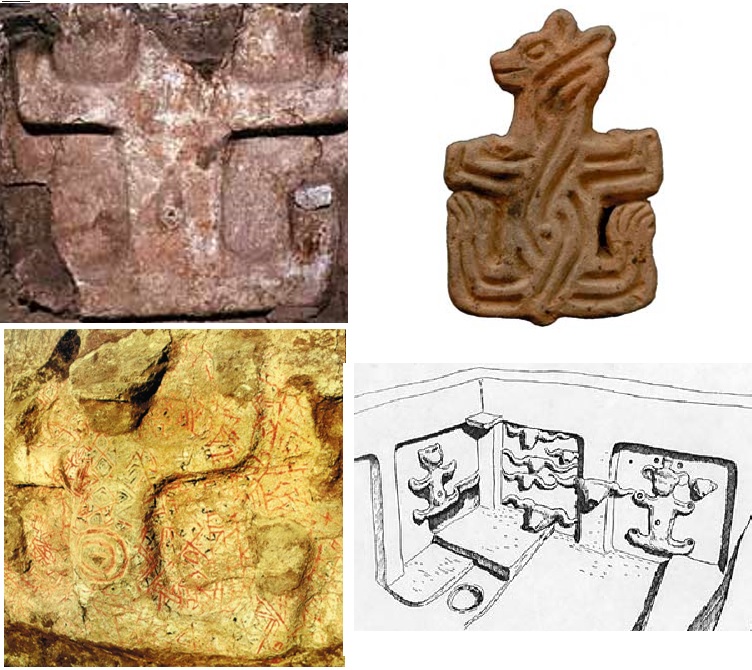 2. In contrast, the images at GT are oriented head-down, and have earless round heads (see the images above). One example looks quite like the CH bear seal, but only if you turn the seal upside down, as Martin did in his paper. Other GT reptiles (including the little beast on Pillar 43) look much less like the upside-down CH seal. Martin cherry-picked an image, and then revised his zodiac on that wafer-thin basis. This tendency to build towers of inference on superficial resemblances is very common among pseudoscholars. (Note: I live in bear country. The notion of a downward-crawling bear is pretty funny.)

3. In our exchanges in various blog comments, Martin also interpreted one image on a pillar fragment from Enclosure D as a bear, rather than the hyena proposed by the GT team. Hey, I thought it looked like a bear too, but I can see their point. Whether bear or hyena, the image is properly side-view, as you’d expect of a mammal in the GT corpus, and has nothing in common with the “downward-crawling” image which Martin also identifies as a bear. Anyway, putting it together with the vulture (his Sagittarius) and the circle (his sun), he even declared that the slab is another datestamp for 10,950 BC. However, if the bear were Virgo, then how could it be sitting right beside Sagittarius? (He also missed the point that the “sun” is a severed head. With a face.) Overall, I think it's a nice demonstration of Martin’s inconsistency in approaching the images, and the ad hoc nature of his inferences.