Gunpowder, Treason & Plot :  The Official GrahamHancock.com forums
This is the board for you if you wish to discuss or explore conspiracies of any kind, historical or current.
Welcome! Log In• Register
Go to: Forum Home•Board•New Topic•Search
B64G1/409 USPS
Author: Dr. Troglodyte ()
Date: October 18, 2020 09:49PM 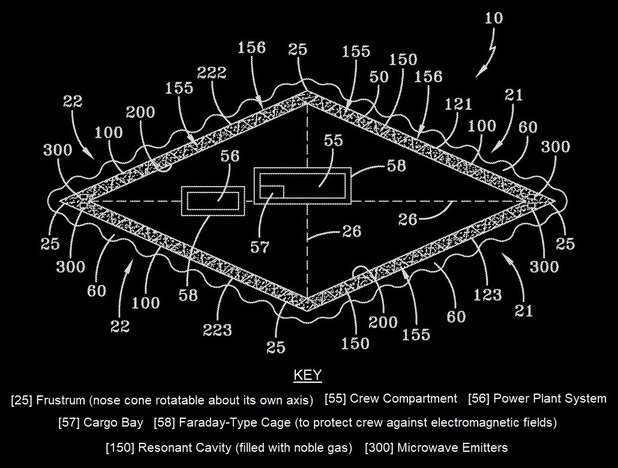 On 15DEC17, Dr. James Sheehy, Chief Technology Officer for the Naval Aviation Enterprise, wrote a letter to Phillip J. Bonzell, Primary Patent Examiner of the United States Patent and Trademark Office, requesting immediate action concerning a denied patent application by a certain Dr. Salvatore Cezar Pais, an aerospace engineer at Naval Air Warfare Center Aircraft Division. Dr. Sheehy anecdotally explained his case to Mr. Bonzell, relating how [Howard] Hughes in the early 1960’s claimed the invention of the “ruby laser”, when factually the United States Army at Picatinny Arsenal built the first such device in 1958. The negligence of not seeking a patent for the invention cost the Department of Defense dearly.

The letter concludes with the marginally cloaked implication of United States’ National Security being severely jeopardized by the then current application’s rejection. Dr. Sheehy supported his position stating: ”Based on these initial findings [Dr. Pais’ supporting feasibility experiments] I would assert this will become a reality. China is already investing significantly in this area and I would prefer we hold the patent as opposed to paying forever more to use this revolutionary technology…”

Conceivably, these advanced technological systems have been deployed and are presently in field testing by some government(s).