Paranormal & Supernatural :  The Official GrahamHancock.com forums
For discussions of everything that might be classed as ‘paranormal‘ - i.e. not currently accepted by our modern scientific paradigm.
Welcome! Log In• Register
Go to: Forum Home•Board•New Topic•Search
The statue putting up an umbrella(Iran)
Author: Sennari ()
Date: March 16, 2015 12:01AM
The statue putting up an umbrella(Iran)&#12288;

Postscript on Oct. 22, 2014
The statue putting up an umbrella(Iran) 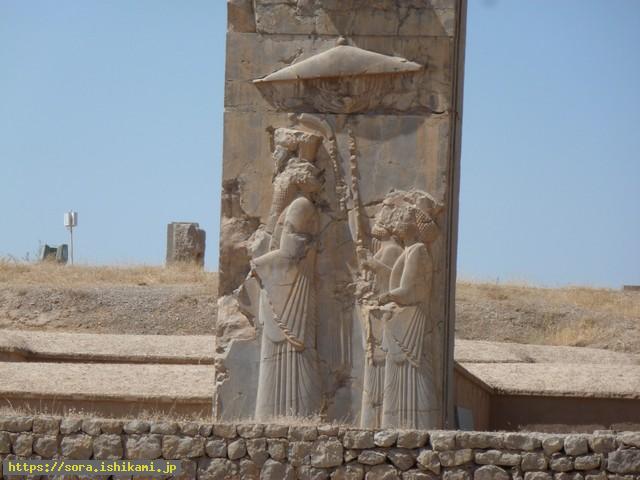 Here are several statues which is putting up an umbrella.
It seems Dragons in China imitated this statue and made them in China.

Postscript on Oct. 22, 2014
Anyone might call China to mind when this type of statue with an umbrella is seen.
However this statue was made by Japanese Stone human according to the True SKY(SORA) Info.
I was told Japanese Stone humans went to Iran and returned to Japan through the excavation like the qanat or flew the sky between Iran and Japan.
They taught the culture to China and Korea along the way, I was told.
However the beings who came from the continent to Japan came to rule Japan thoroughly later and erased Japanese culture until then completely.
And they wrote Records of Ancient Matters in Japan in which they wrote China and Korea had taught Japanese culture.
The reason why this statue is putting up an umbrella is to inform that it would rain much in Japan in the future, I was told.