Paranormal & Supernatural :  The Official GrahamHancock.com forums
For discussions of everything that might be classed as ‘paranormal‘ - i.e. not currently accepted by our modern scientific paradigm.
Welcome! Log In• Register
Go to: Forum Home•Board•New Topic•Search
Sakafune Stone in Nara Prefecture, Japan
Author: Sennari ()
Date: March 13, 2015 04:51AM
Sakafune Stone in Nara Prefecture, Japan 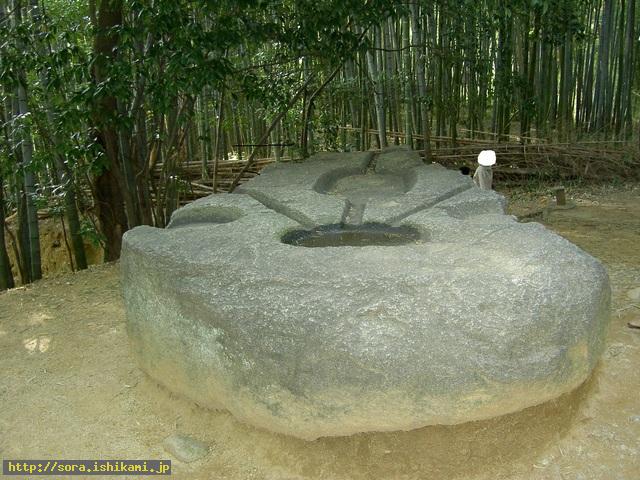 This is the megalith which is in the halfway up the mountain lonely.
It seemed that Stone humans drank the juice which seeped out of the soft body of Stone gods and dropped from the waterway.
The juice of Stone gods was collected on the depressed surface of the Stone gods at first and collected juice formed the lake.
I was told the juice dropped from the both end of the Stone gods which formed the mountain and they became the waterfalls.
I didn't know the meaning of this stone when I saw it in 2004.
The carved shape seems to show Stone human.