There are standing stones which are lining up in a row on the outside of the circle.
I was told through the channeling they were the atoms which had the memory of Stone men whose atoms were waiting for the order to get back together in order to become the human.
I was told they had turned into the stones while they had been waiting for the order.
The reason why their size of the stone is big is that much energy could not be produced if many atoms were not bound.
Therefore the stone circle seemed to rejoin in the place surrounded by the stone wall.
It seems to have been the beginning of Nugera and stone pagoda of BROCH.
Even though I went there, my mouth did not move in order to emit the words, because the subconsciousness of Stone man went up into the sky after he descended to me in 2000 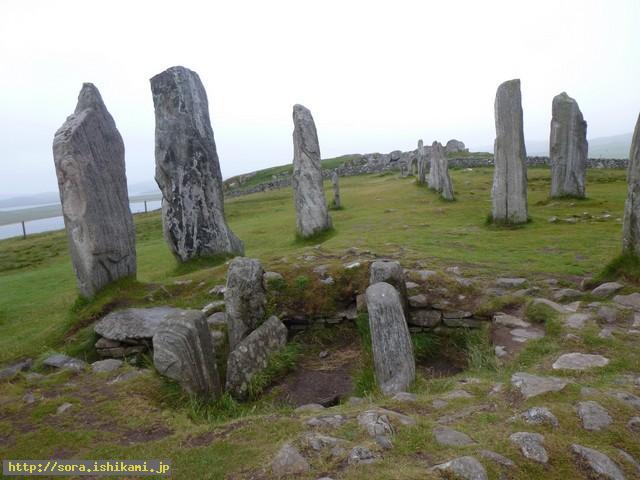