Paranormal & Supernatural :  The Official GrahamHancock.com forums
For discussions of everything that might be classed as ‘paranormal‘ - i.e. not currently accepted by our modern scientific paradigm.
Welcome! Log In• Register
Go to: Forum Home•Board•New Topic•Search
the four horsemen
Author: Spiros ()
Date: March 14, 2020 03:09PM
It was first believed and posted on Wikipedia that the first COVID-19 case appeared in December 1 2019. On December 1st, Antares aligns with the Sun. But now new studies show that the first case appeared on November 17 2019.

Below I show how the date November 27 2019 agrees with what Revelation says about the 4 horsemen. 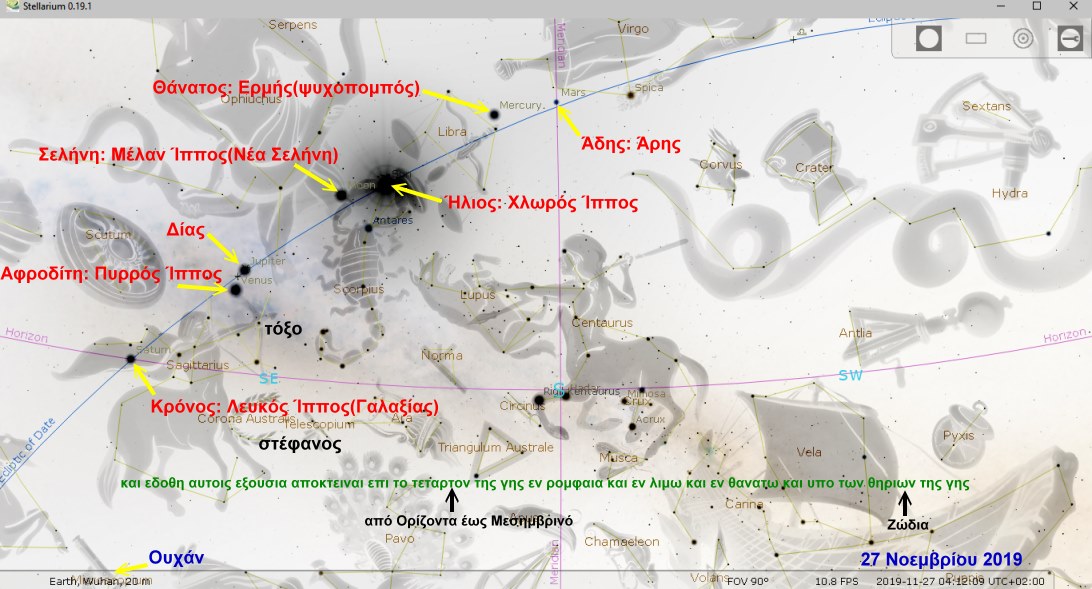 I posted this at a Greek site.

The observation point is Wuhan.

The one quarter of the Earth mentioned relates to the ecliptic between the horizon in the East and the Meridian in the South. All 5 ancient planets appear perfectly in this area. No other planets appear in the other 3/4ths of the celestial sphere.

The planet places are: