Paranormal & Supernatural :  The Official GrahamHancock.com forums
For discussions of everything that might be classed as ‘paranormal‘ - i.e. not currently accepted by our modern scientific paradigm.
Welcome! Log In• Register
Go to: Forum Home•Board•New Topic•Search
Stuff just keeps on getting older - a lot older
Author: Robert Jameson ()
Date: April 21, 2020 08:08AM
It is great we have researchers willing to challenge the existing paradigm. However, it seems to me there have been advanced civilisation on earth, not tens of thousands of years ago, but hundreds of millions of years ago.

Below are just a few of the Out of Place Artefacts (OOPArts) claimed to have been found in North America. 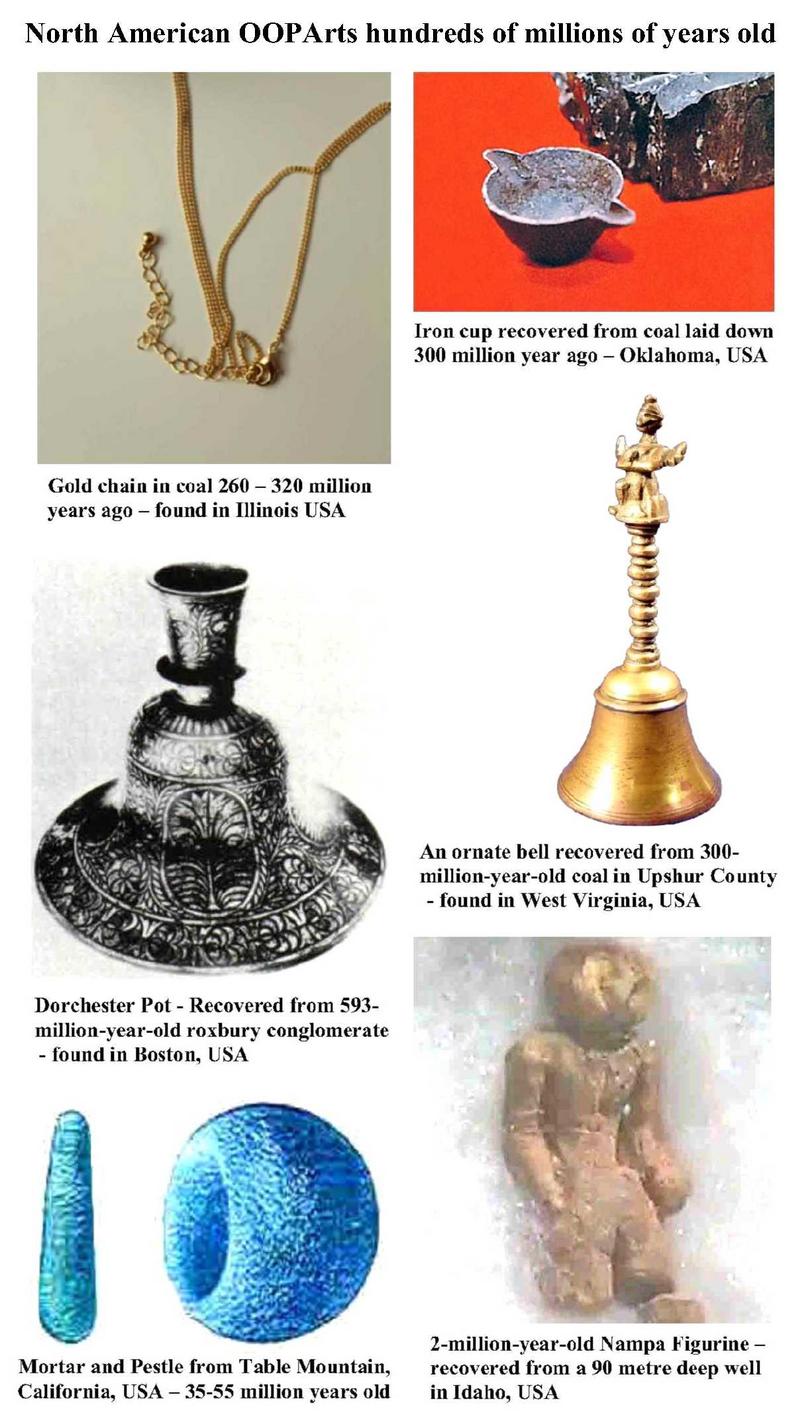 I appreciate some of the above are possibly hoaxes (or genuine mistakes). It is also disappointing that any discovery of a credible OPPArt is immediately taken up by creationists as irrefutable evidence that the Genesis story (as related in the Bible) is true.

However, it seems to me, there are thousands of OOPArts and anomalous geological formations that cannot be explained by an early human civilisation.

Even if one of the OOPArts is a genuine artefact that is hundreds of millions of years old, or one of the anomalous geological formations cannot be explained as natural, then our history can only be explained by what is currently regarded as paranormal/metaphysical.

Following are links to articles that discuss the 6 OOPArts illustrated above:

OOPArts Found in Coal and Stone: Is There an Explanation for These Anomalous Bells, Chains, Walls and More? [www.ancient-origins.net]

The Nampa Figurine: 2-million-year-old Relic or Just a Hoax? [www.ancient-origins.net]