Paranormal & Supernatural :  The Official GrahamHancock.com forums
For discussions of everything that might be classed as ‘paranormal‘ - i.e. not currently accepted by our modern scientific paradigm.
Welcome! Log In• Register
Go to: Forum Home•Board•New Topic•Search
Continental drift
Author: Robert Jameson ()
Date: September 07, 2019 03:13AM
It is well established that the continents have moves around – but it seem there is no satisfactory scientific explanation for what is driving the movement of continents. 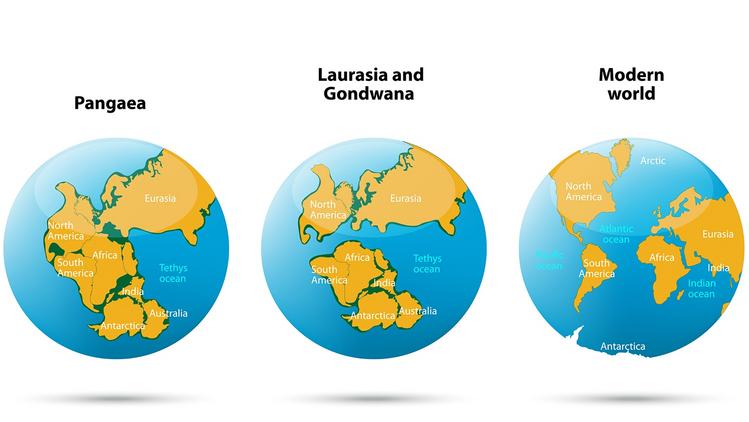 Maybe the electrical energy that forms the earth’s energy grid as the same electromagnetic energy that is threaded through space and interconnects the planets, the stars and the galaxies. The best way to conceptualize this concept is the relate the energy that interconnects the planets to the bio-electricity that is essential for the function of our bodies. We can think of DNA in a single human cell as the most basic form of bio-electricity – and maybe earth’s energy grid as the most basic expression of a cosmic electromagnetic field.

Earlier in this thread I argued that life on earth sources the same (or related) genetic code as life throughout the universe. Again, this is the same as saying a single cell (maybe a male sperm cell or female egg) is part of the same genetic code as the body that produced them.

Thus I see the earth’s energy grid as not merely moving around with the continents; but being instrumental in forming them and shaping them – same way our DNA will form and shape a human body as it develops from a tiny embryo to a mature human being.