Paranormal & Supernatural :  The Official GrahamHancock.com forums
For discussions of everything that might be classed as ‘paranormal‘ - i.e. not currently accepted by our modern scientific paradigm.
Welcome! Log In• Register
Go to: Forum Home•Board•New Topic•Search
Re: Fact Checking the nonsense!
Author: Robert Jameson ()
Date: August 15, 2019 05:32AM
eyeofhorus33 wrote:
Under the heading "Vestigial organs" you have posted a photograph of a girl in Edwardian dress suffering from the disease polio. Having gone untreated with leg irons to slow what was the eventual contortion of her limbs and the ensuing disfigurement captured by the photographer, she is horribly crippled.

The image you refer to is of Ella Harper (1870 to 1921) – otherwise known as the Camel Girl. She was a popular attraction in the late 19th century with the United States; Harris’s Nickle Plate Circus. It is claimed, rather than having polio, she was born with a rare orthopaedic disorder that caused her legs to grow backwards. 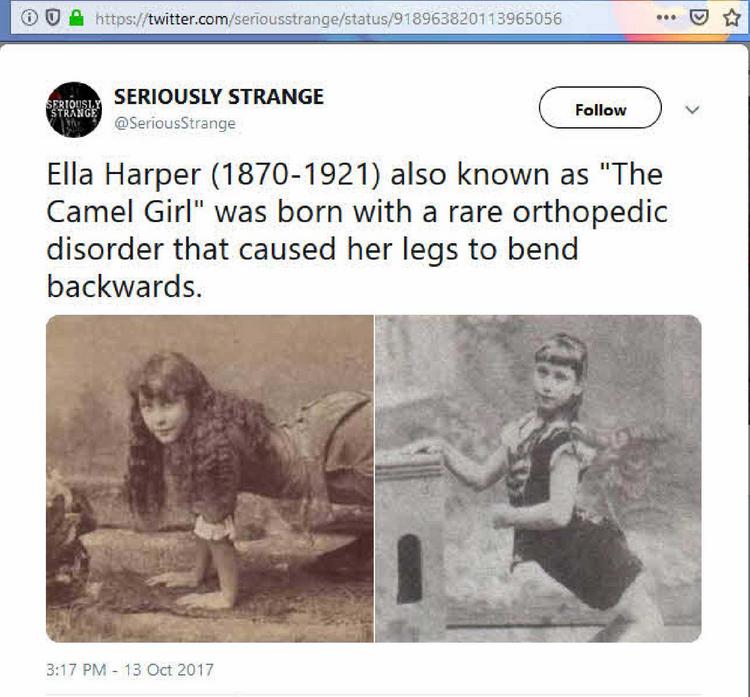 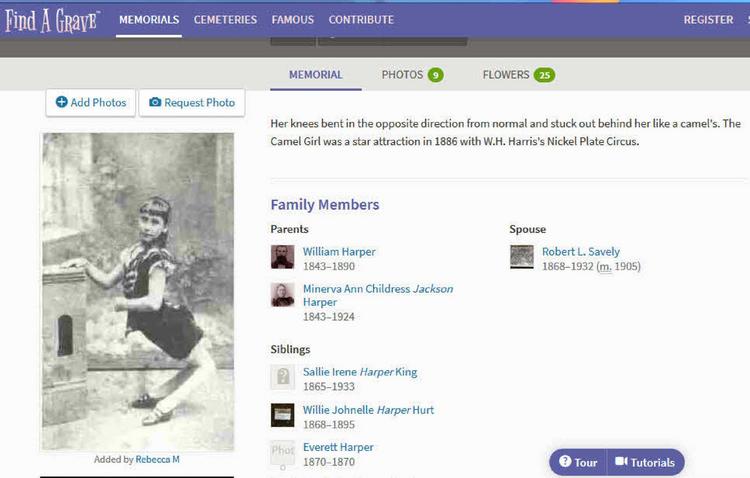 Quoting from Wikipedia
Poliomyelitis has existed for thousands of years, with depictions of the disease in ancient art. The disease was first recognized as a distinct condition by the English physician Michael Underwood in 1789 and the virus that causes it was first identified in 1908 by the Austrian immunologist Karl Landsteiner. Major outbreaks started to occur in the late 19th century in Europe and the United States.

Polio was a well-known disease at the time she lived so, if this was the cause of her condition it is surprising that it was not diagnosed.

eyeofhorus33 wrote:
In another photograph, we see an elderly woman with a "cutaneous horn" on her forehead. Far from being a 'vestigial organ', it is a skin tumour (hopefully a benign one) as around 40% of them are cancerous.

This image is of a 101-year-old Chinese grandmother named Zhang Ruifang. It is said the horn emerged from a rough patch of skin on her forehead and grew to 6 cms in length. The images below also show something is growing from the other side of her forehead. 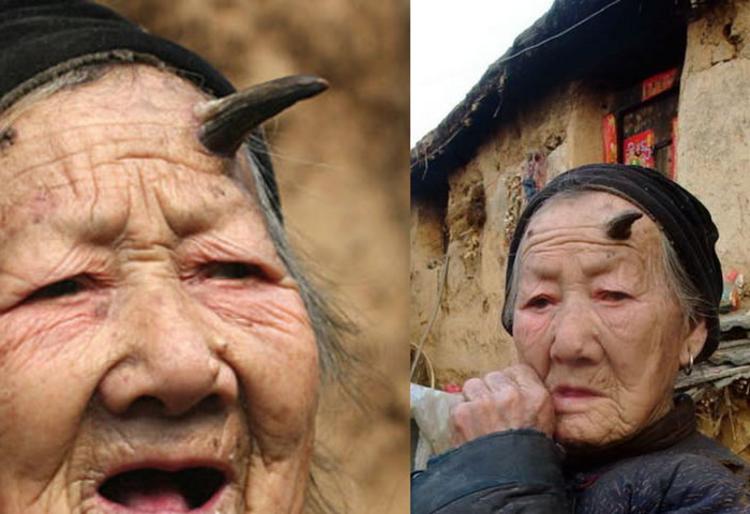 Yes this growth is a ‘cutaneous horn’ – but describing it as a skin tumour hardly explains the recurrence of this type of anomaly. Why for example, if they are made up of the same protein we have in hair and fingernails, do they commonly grow from the side and front of the head?

And why do we find numerous past deities with horns?

And what about the other vestigial organs I pointed to in my post that you overlooked such as tails, nipples on men, additional breasts on women, excessive hair and webbed toes and fingers? Are you claiming these are all merely biological anomalies/diseases?

Eyeofhorus33, you scorn my suggestion that these biological anomalies are genetic expressions of our ancient past. You also ridicule my claim that there exists a universal gene pool that likewise expresses artefacts from our cosmic past – describing it as ill-informed nonsense. Hopefully then; you can explain artefacts discovered on earth that are hundreds of millions of years old?