You don't understand, because you don't want to understand! If you went to the trouble of looking up the answers to the five questions I posed to you a few weeks ago, on a real science site, or from an actual astronomy book, you'd be on your way to understanding that the earth is a sphere and why.

But we know you don't want to. You're caught up in a delusion, which you have no desire to break from. You want the earth to be flat, no matter where the evidence leads. Is it any wonder not one person here agrees with you, or shows any respect for your claims?

> One thin I know proves a flat stationary earth are
> all the stars
> In my field of view rotate with precision around
> Polaris, this would not happen
> if the earth was a globe hurling around the sun
> and through space.

More ignorant nonsense. Explain why the stars in the southern hemisphere rotate around Sigma Octantis, not Polaris, and in the opposite direction too - clockwise, as opposed to counter-clockwise in the northern hemisphere.

Also please explain why the stars rotate in a circle around Polaris. If the earth were flat, the pattern they'd form would be an ellipse, as in this illustration: 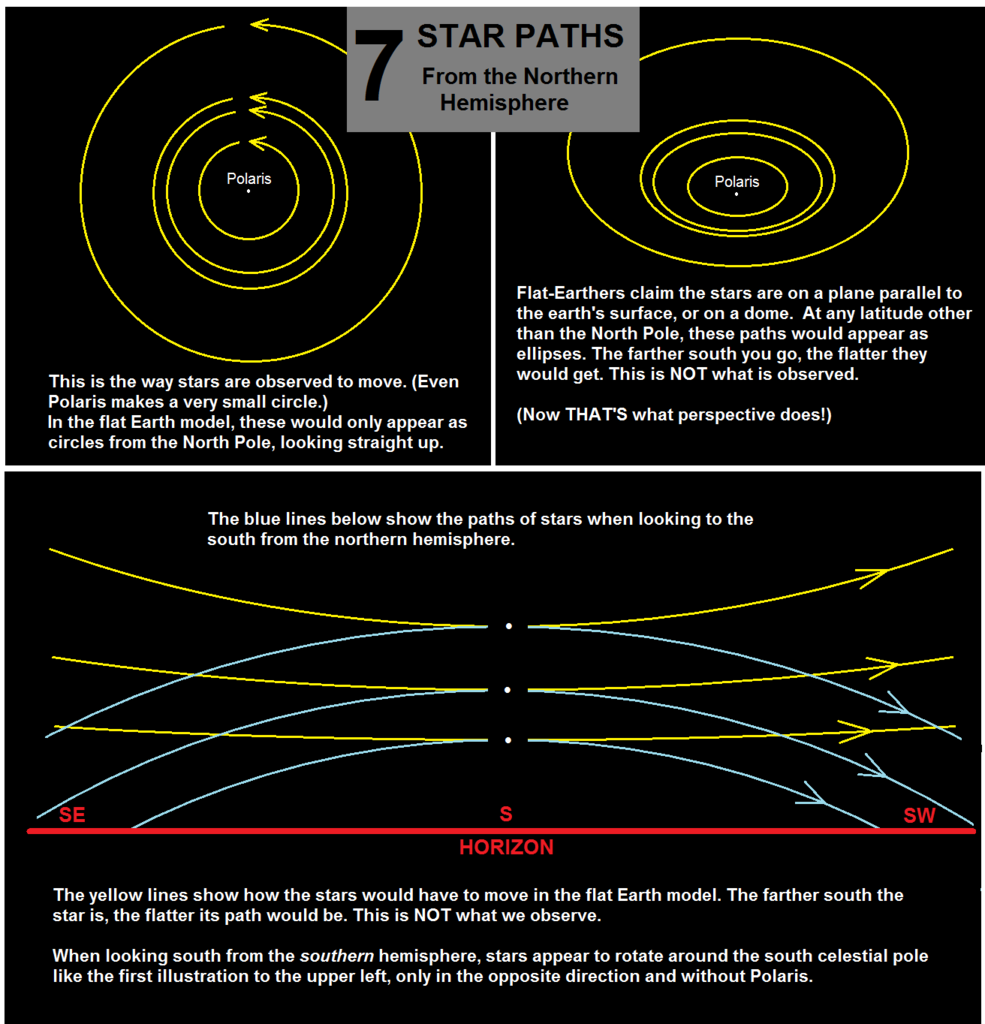 Explain why we see them as a circle, not an ellipse.

The earth's rotation around the sun has absolutely nothing to do with the tilt of its axis, which in this epoch happens to point towards Polaris. An elementary school child knows this, and knows why too. Why don't you?


> Also sextants have been used since the 12th
> century with precision.

A further example of the fact that you don't want to know or understand anything about the earth. And what has the 12th century got to do with anything? I've already explained to you how a sextant works, and how it wouldn't work on a flat earth. But of course, you ignored my explanation. You're really surpassing yourself in the dishonesty field. Again, no wonder nobody takes you seriously.