Inner Space :  The Official GrahamHancock.com forums
For discussions on all matters relating to personal development, religion, philosophy, psychology and so on.
Welcome! Log In• Register
Go to: Forum Home•Board•New Topic•Search
Bird migration and Zero-point energy
Author: Robert Jameson ()
Date: April 13, 2020 12:45PM
Scientists from the Swiss Ornithological Institute and the Bern University of Applied Sciences in Burgdorf, Switzerland have studied the migratory pattern of the Alpine swift. 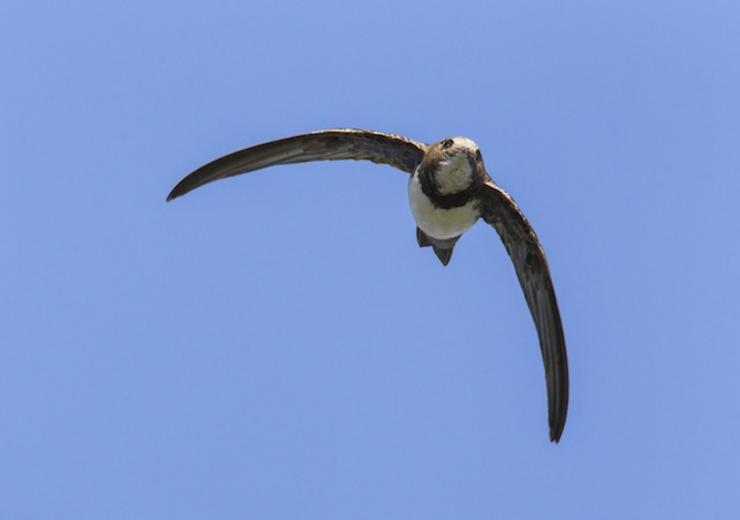 The Alpine swift, a swallow-like bird species, is perhaps particularly impressive in its migrating pattern. This remarkable bird leaves its breeding grounds in Switzerland every winter to travel to the warmer shores of west Africa. The birds make this journey in six months, time in which they never stop flying! …

“Their activity pattern reveals that they can stay airborne continuously throughout their nonbreeding period in Africa and must be able to recover while airborne,” …

Researchers had been suspecting that the Alpine swift was a remarkable migratory bird for some time … Six birds were captured and fitted with a small device that logged acceleration and ambient light during the course of a year-long migration cycle that began and ended in Switzerland. Only three of them were eventually recaptured but this proved enough to reveal how the Alpine swift migrates.
Using data provided by the accelerometer, the researchers could accurately assess when the birds flapped their wings vigorously, when they glided or when they rested. The birds appeared to glide and flap throughout their entire migration across the Sahara Desert and their overwintering period in sub-Saharan West Africa. Apparently, the birds only rested their wings entirely during the breeding season in Switzerland.
“Their activity pattern reveals that they can stay airborne continuously throughout their nonbreeding period in Africa and must be able to recover while airborne,”

… the Alpine swifts feed mid-flight on an array of tiny bacteria, fungus, seeds, spores and small insects that get caught in air currents.

I suppose, I will be told again my ‘ignorance is breathtaking'. But I do not believe the ‘tiny bacteria, fungus, seeds, spores and small insects’ the alpine swift feed on mid-flight is adequate for sustaining these birds aloft for 6 months. Rather I suspect the Alpine swift is tapping into the infinite energy density of the quantum vacuum.

Quoting from article by Sayer Ji, The new biophysics: a deep dive into the quantum rabbit hole of esoteric physiology - see my earlier post to this tread: - [grahamhancock.com]

The truth is that our bodies can access, accumulate, and put to work immense quantities of free energy, or energy that does not need to be extracted from physical substances such as food. The body has an even more direct, limitless source of energy that it can, and does, continually access — one that may finally explain accounts of humans living without food or water for prolonged periods of time.

I think the Alpine swift, like our own species and so many other migratory species, are accessing the Zero-point energy from the quantum vacuum.