Inner Space :  The Official GrahamHancock.com forums
For discussions on all matters relating to personal development, religion, philosophy, psychology and so on.
Welcome! Log In• Register
Go to: Forum Home•Board•New Topic•Search
Ancestor of all animals identified in Australian fossils
Author: Robert Jameson ()
Date: March 26, 2020 12:31PM
I recently came across the below article – initially in Nexus Newsfeed but with links to the original UCR article:

Ancestor of all animals identified in Australian fossils
[news.ucr.edu]

Quoting from the above article:

The development of bilateral symmetry was a critical step in the evolution of animal life, giving organisms the ability to move purposefully and a common, yet successful way to organize their bodies. A multitude of animals, from worms to insects to dinosaurs to humans, are organized around this same basic bilaterian body plan.

Evolutionary biologists studying the genetics of modern animals predicted the oldest ancestor of all bilaterians would have been simple and small, with rudimentary sensory organs. Preserving and identifying the fossilized remains of such an animal was thought to be difficult, if not impossible.

For 15 years, scientists agreed that fossilized burrows found in 555 million-year-old Ediacaran Period deposits in Nilpena, South Australia, were made by bilaterians. But there was no sign of the creature that made the burrows, leaving scientists with nothing but speculation.

Scott Evans, a recent doctoral graduate from UC Riverside; and Mary Droser, a professor of geology, noticed miniscule, oval impressions near some of these burrows. With funding from a NASA exobiology grant, they used a three-dimensional laser scanner that revealed the regular, consistent shape of a cylindrical body with a distinct head and tail and faintly grooved musculature. The animal ranged between 2-7 millimeters long and about 1-2.5 millimeters wide, with the largest the size and shape of a grain of rice — just the right size to have made the burrows.

“We thought these animals should have existed during this interval, but always understood they would be difficult to recognize,” Evans said. “Once we had the 3D scans, we knew that we had made an important discovery.” 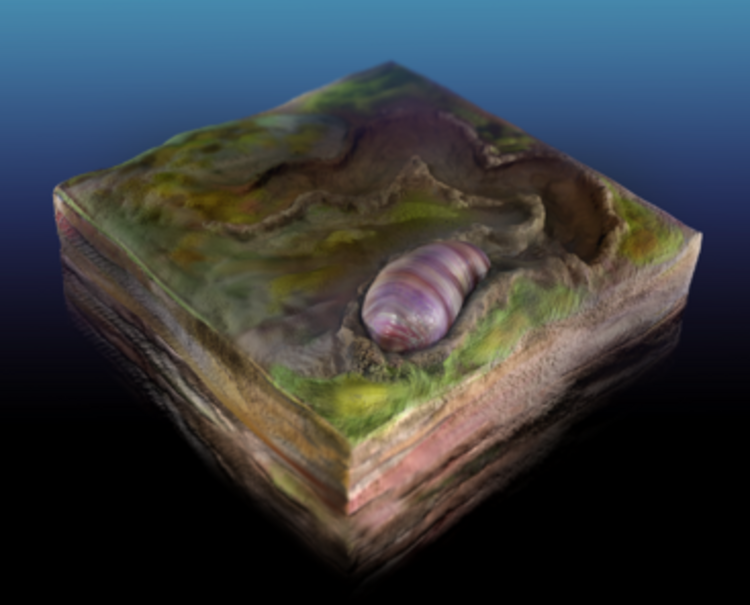 The researchers, who include Ian Hughes of UC San Diego and James Gehling of the South Australia Museum, describe Ikaria wariootia, named to acknowledge the original custodians of the land. The genus name comes from Ikara, which means “meeting place in the Adnyamathanha language. It’s the Adnyamathanha name for a grouping of mountains known in English as Wilpena Pound. The species name comes from Warioota Creek, which runs from the Flinders Ranges to Nilpena Station.

Interesting that such an important discovery should be found in this precise area – merely coincidence of course! 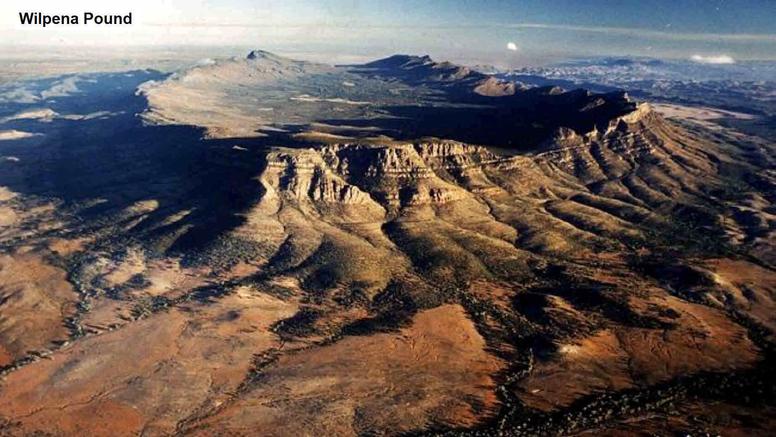