Another bizarre and anomalous coal discovery was made in 1944 by Newton Richard Anderson, who was ten years old at the time. Tasked with stoking the furnace at his home in Buckhannon, West Virginia, Anderson went down to the basement one evening and picked out a particularly large lump of coal which he placed onto his already loaded shovel. The large piece inevitably wobbled and fell to the ground, splitting in two as it hit the hard floor. Protruding from one of the broken halves was a slender metallic object; so setting aside the piece containing the unusual item, the curious boy threw the remainder into the furnace.

Using a croquet mallet, Anderson bashed the bituminous coal lump that had been mined in Upshur County not far from his house, and extracted what appeared to be a small and ornate brass bell with an iron clapper, before cleaning it with lye and a scrubbing brush. Again, the coal from that particular mine is supposed to date back to around 300 million years ago. 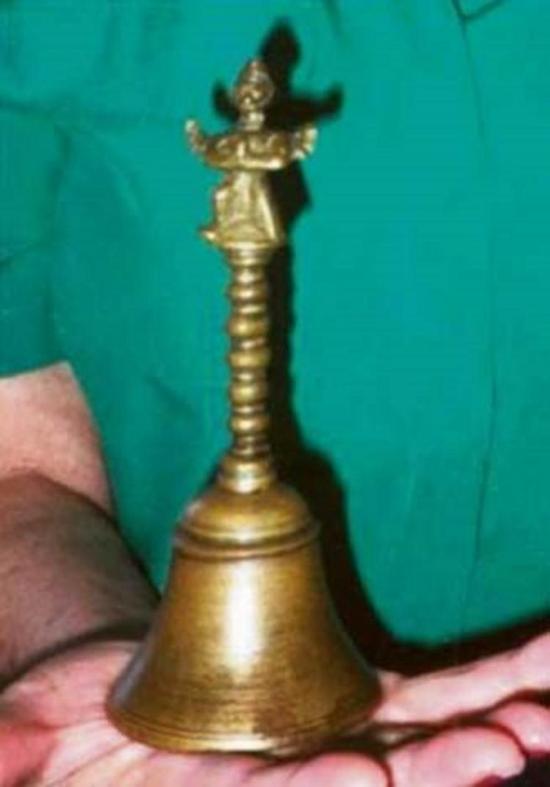 The bell was tested using neutron activation analysis (NAA), a nuclear process used for determining the concentrations of elements in various materials, and the results revealed an unusual mix of metals which included copper, tin, iodine, zinc, and selenium, proving they were different from any known modern alloy production.

In order to validate his claims, Newton Anderson took a polygraph test in 2007, which he passed comfortably. 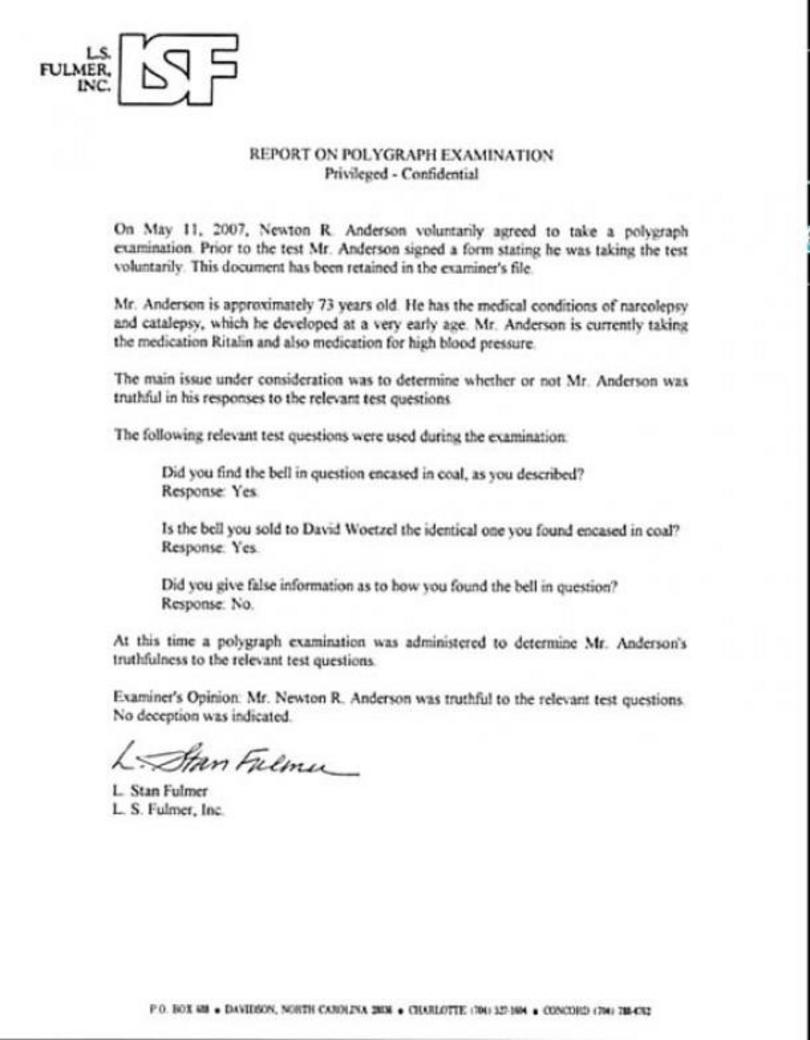 Newton Anderson’s 2007 polygraph test proves he was telling the truth about finding the bell inside coal.