Inner Space :  The Official GrahamHancock.com forums
For discussions on all matters relating to personal development, religion, philosophy, psychology and so on.
Welcome! Log In• Register
Go to: Forum Home•Board•New Topic•Search
Re: The impossible science of the number 666
Author: Spiros ()
Date: April 13, 2019 01:37PM
I posted this in a Greek message board: 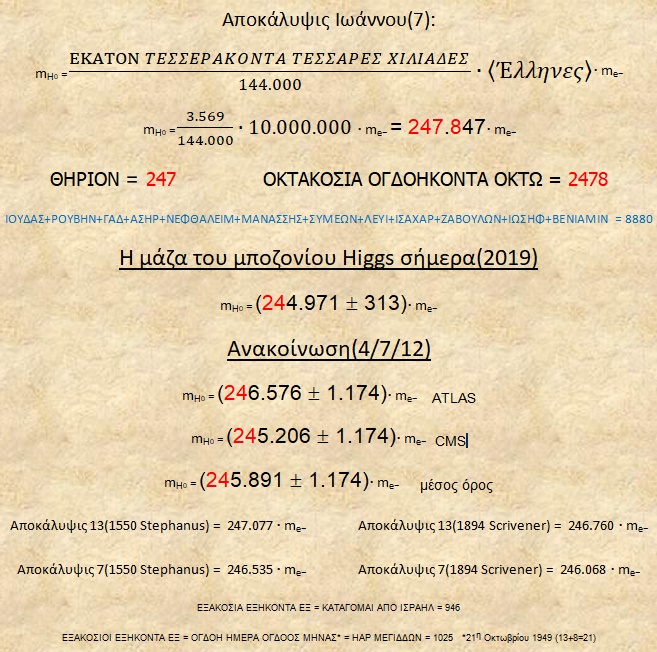 The 144.000 reference was made because this helps us compute the mass of the Higgs boson.

Take the isopsephy value of the phrase "one hundred and forty four thousand" in Greek and divide it by 144.000. The outcome needs to be calibrated using the decadic numbering system. We thus need to multiply this by the population of Greece as 10 million. The tribes of Israel in reality refers to Greeks.

we take the square root: