Inner Space :  The Official GrahamHancock.com forums
For discussions on all matters relating to personal development, religion, philosophy, psychology and so on.
Welcome! Log In• Register
Go to: Forum Home•Board•New Topic•Search
Past lives and sacred rivers
Author: Robert Jameson ()
Date: October 23, 2018 11:44AM
Readers of my numerous earlier posts will be familiar with the claim that earth is a living entity (i.e. Living Body Earth). See: Did the builders of Gobekli Tepe know sperm morphology? [grahamhancock.com] Yangshan Quarries – China [grahamhancock.com] Bali to Bairnsdale Alignment [grahamhancock.com] Mysterious geographical features of South Australia [grahamhancock.com]

Also – my post, The Bali to Bairnsdale Alignment on Google Earth, see [grahamhancock.com] This post details how the Bali to Bairnsdale Alignment intersects a number of Rivers on the Australian continent. For example the B-BA intersects the Fitzroy River precisely at the point where it flows into King Sound. The Fitzroy River then follows the B-BA for more than 100 klms.

King Sound and the Fitzroy River

The below illustration (starting at bottom right) shows the B-BA intersecting the Goulburn River at Shepparton, Victoria. The Goulburn River then follows the B-BA to Where it joins the Murray River. The Murray River, previously flowing in a westerly and southerly direction, then flows in a north westerly direction for 320 klms until it joins the Darling River – again precisely on the Bali to Bairnsdale Alignment. 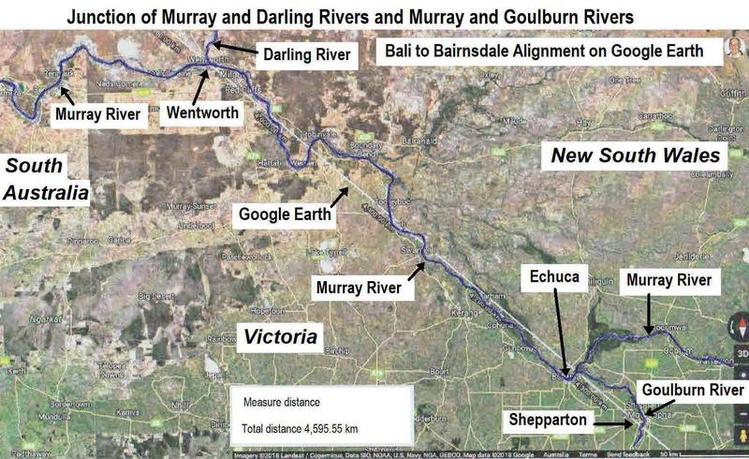 The Mitchell River, flowing through the rugged Great Dividing Range, zig zags backwards and forwards across the B-BA, before passing through the city of Bairnsdale, again precisely on the Bali to Bairnsdale Alignment.

Bairnsdale and the Mitchell River 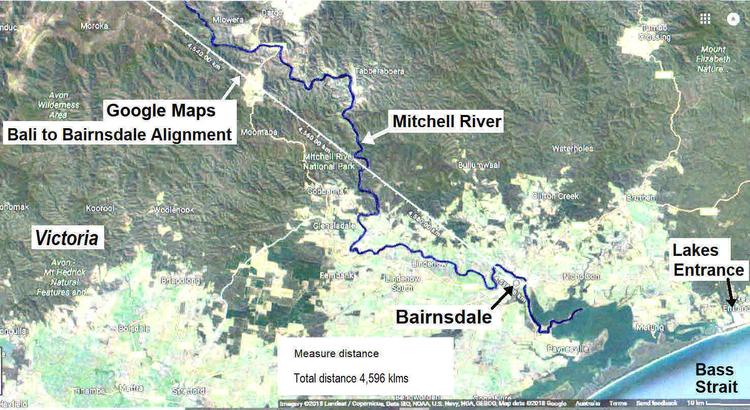 Most rivers do not simply terminate when the empty into the sea or a lake. The image below shows how the Nile River carry sediment from the land and deposits it in the Mediterranean Sea. It is sometimes difficult to know what is river and what is Sea. As it is we claim, it is difficult to define a precise cut off point of our soul – when it passes from a physical body to an afterlife. 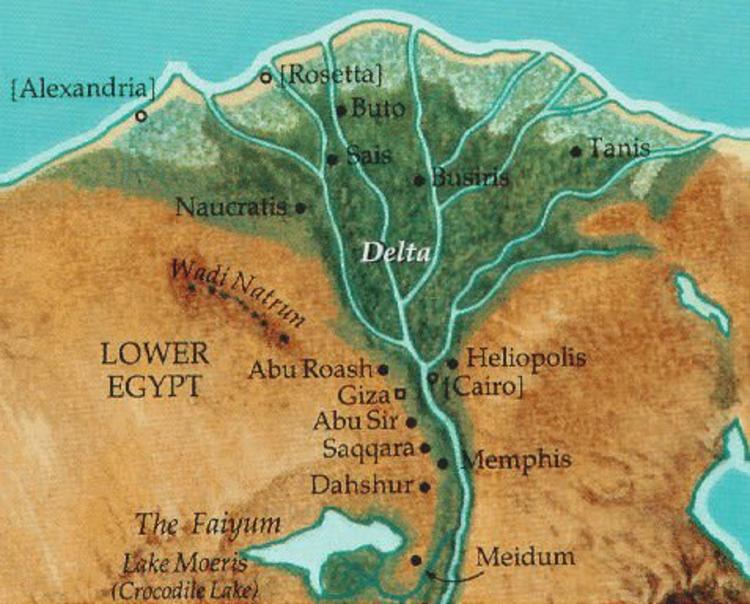 So what about the Mitchell River? Is there an interchange between what the God Gametes theory claims is the Earth's Reproductive Chakra, and where this alignment terminates at Bairnsdale?

The Mitchell River is certainly not one of the world’s great river systems – compared to the Nile it is a tiny stream. There does however appear to be an interesting exchange between the river and where it flows into King Lake and Bass Strait.

After passing through Bairnsdale, rather than flowing into Jones Bay, it appears to flow down the centre of a peninsula for 6 klms to Eagle Point. Then, again instead of terminating at either Jones Bay or King Lake, the Mitchell River appears to have created the 6 klms long Silt Jetties. 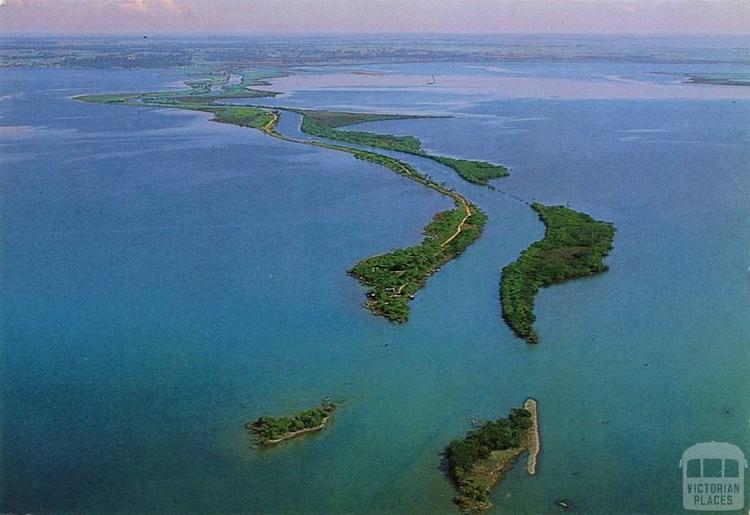 Is it possible to believe that these Silt Jetties are purely natural formations? Why for example, would not the river drop its sediment as soon as it flows into the lake – rather than building these 6 kilometre-long peninsulas?

Maybe it has something to do with an interchange between a Living Body Earth and the carbon based life it supports.