Global Village :  The Official GrahamHancock.com forums
For good-natured and mutually-respectful discussions of politics and current affairs. Soap-boxing and the promotion of extremist causes motivated by hate will not be tolerated by our moderators.
Welcome! Log In• Register
Go to: Forum Home•Board•New Topic•Search
Benford's Law and the Election.
Author: Archaic ()
Date: November 07, 2020 11:47PM
In this post I asked our online professor who has claimed to teach statistics if he would walk the class (this fourm) through Benford's Law. As expected, he avoided the question and responded with general nothingness.

Once again I'll do the heavy lifting for the class assignment. Perhaps the online professor can learn, as well.

Benford's Law is "an observation about the frequency distribution of leading digits in many real-life sets of numerical data. The law states that in many naturally occurring collections of numbers, the leading digit is likely to be small. For example, in sets that obey the law, the number 1 appears as the leading significant digit about 30% of the time, while 9 appears as the leading significant digit less than 5% of the time. If the digits were distributed uniformly, they would each occur about 11.1% of the time. Benford's law also makes predictions about the distribution of second digits, third digits, digit combinations, and so on."

In other words, in a natural, organic dataset the distribution would look like this: 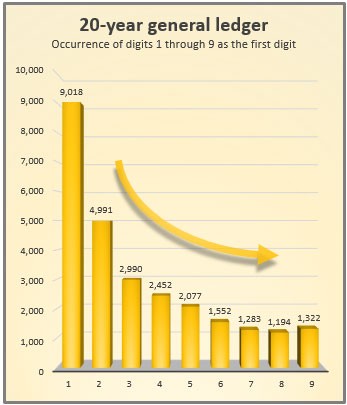 In a dataset resulting from manipulated figures, it looks like this: 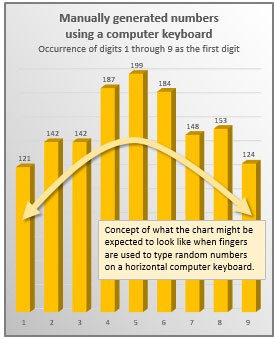 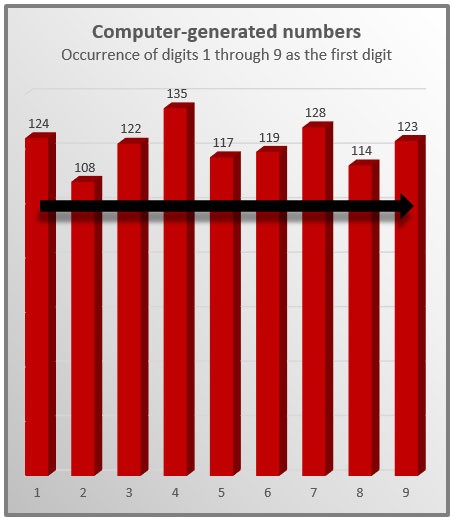 One of the primary applications of Binford's Law is in fraud detection in both accounting and elections.

So, how do the numbers from the election look?

Well, Florida looks very organic. A very natural curve from a dataset we would expect to occur without manipulation: 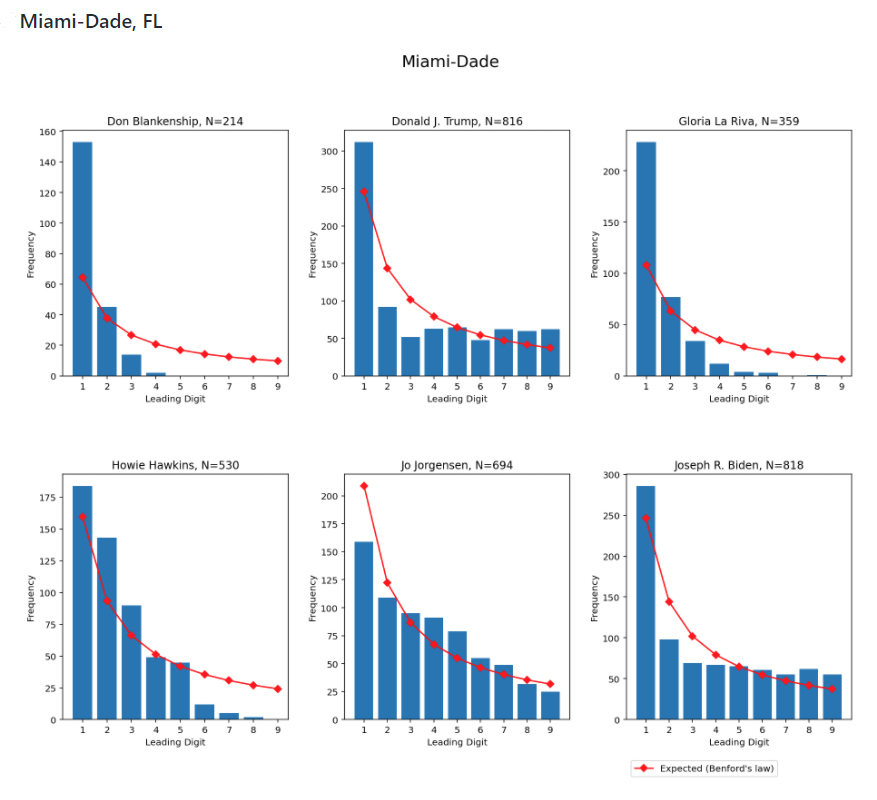 Notice everyone is in accordance with predictions made by Binford's Law. Nice curves. 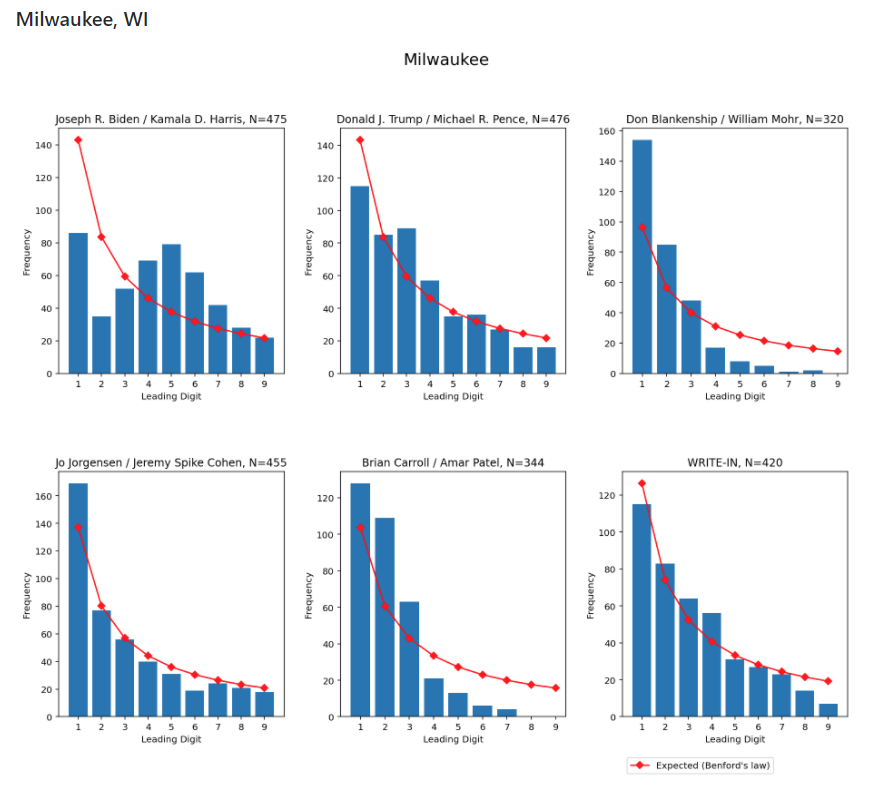 What do we see here? Trump's looks natural. Everyone's does. Except Biden's. Biden's numbers would flag any fraud department in the country. It reflects exactly what is predicted by Binford's Law in cases of manipulation of data and artificial datasets.

What about data from another Democrat stronghold, like Chicago and Allegheny, PA? 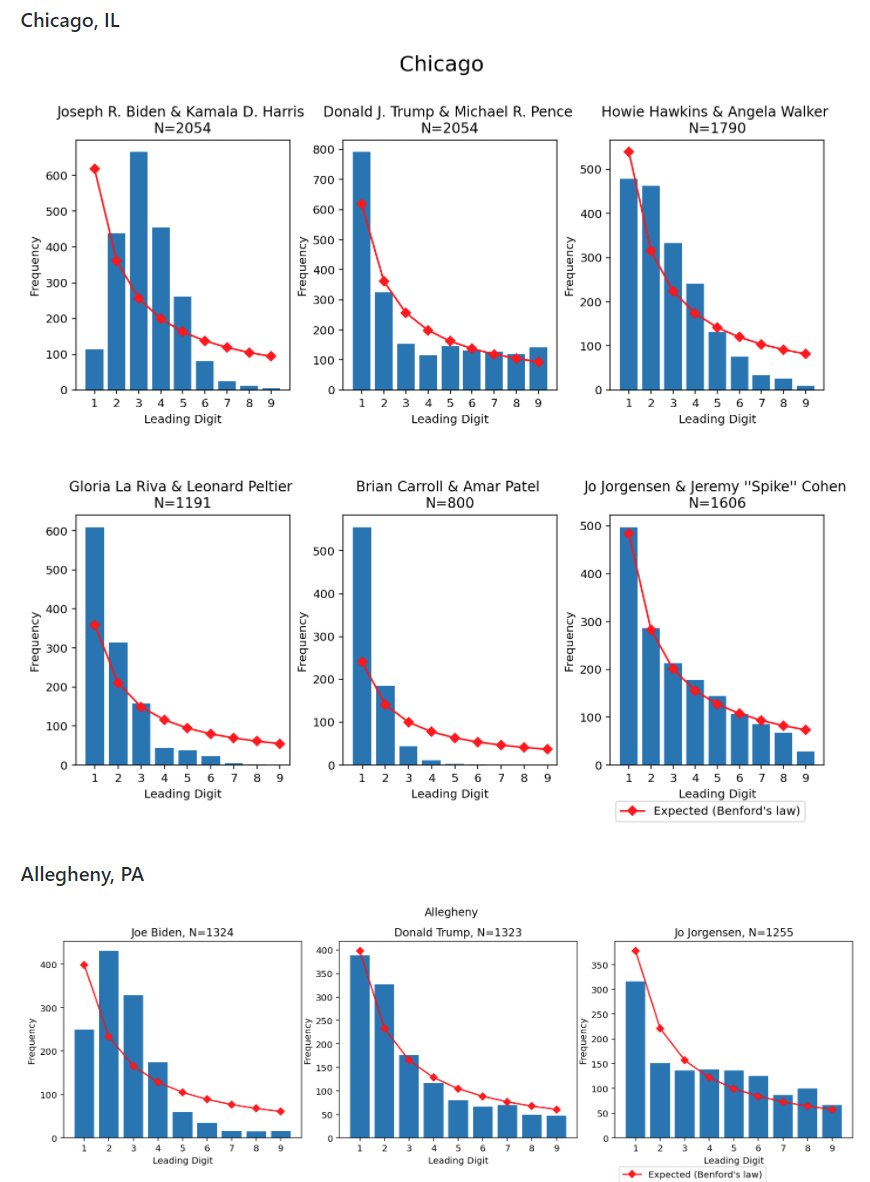 Again, everyone's curve looks natural.....except Biden's which has every hallmark of fraud and artificial manipulation of data.

I expect you'll be hearing much more about this in the future. Not through CNN and the the media to which you submit your intellectual sovereignty, of course, but you will.

This too looks perfectly natural, right? 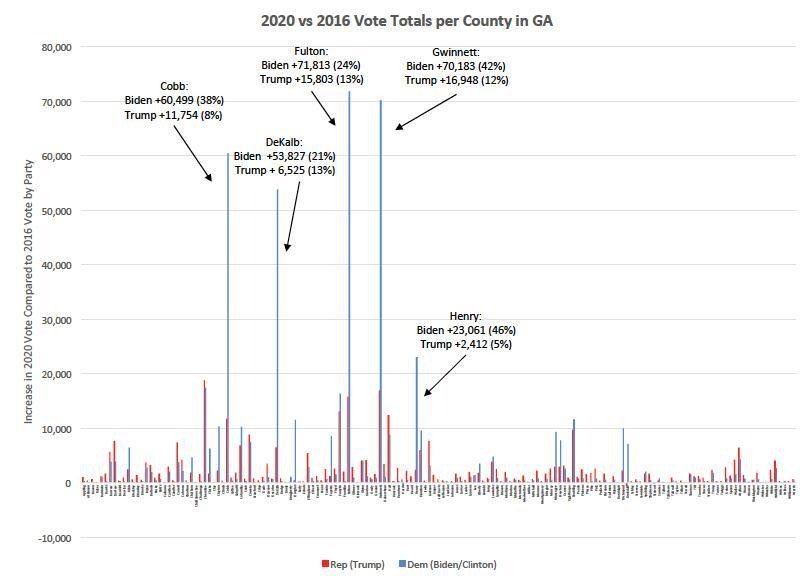