Global Village :  The Official GrahamHancock.com forums
For good-natured and mutually-respectful discussions of politics and current affairs. Soap-boxing and the promotion of extremist causes motivated by hate will not be tolerated by our moderators.
Welcome! Log In• Register
Go to: Forum Home•Board•New Topic•Search
Warning: TDS Rage Post Below, Proceed With Caution.
Author: WhoWeird ()
Date: May 29, 2020 07:37PM
Fake-President Trump press conference/Biden campaign add summary:

Context--Covid-19 has killed more than 100,000 people, and that's a conservative number. Millions are infected, and we have no nationwide testing strategy. Minnesota is burning. The cop is charged with murder. AG Barr opened a federal investigation into the murder. CBP has a Predator Drone up over Minneapolis. And, the national guard is on the ground.

Trump is in big trouble.

Press Conference--Trump struggles to read a badly written teleprompter address. He is puling the US out of the WHO, and handing Hong Kong over to China in a stunning move that is equally pointless, incompetent, and cowardly, in addition to being a short sighted distraction.

Soon to be-President Biden spoke to the families of the murder victim, and gave a unifying speech intended to heal the division Trump intentionally causes every single day.

The last real-President Obama published a moving, compassionate statement in response to the protests in Minnesota.

Fake-President Trump just handed Communist China Hong Kong, and the WHO for no particular reason. He admitted defeat, and retreated like a coward. He didn't mention Floyd, acknowledge Minnesota, or demonstrate any leadership whatsoever.

Donald Trump just turned and walked away from his sworn duty as POTUS, away from every citizen of this country, and withdrew from another leadership role on the world stage. Because, he's a coward, and a sniveling little pip squeak of a man who hides in the White House where he does nothing but cry on Twitter.


In the United States of America, with all that's happening right now, we have to suffer six more months of this: 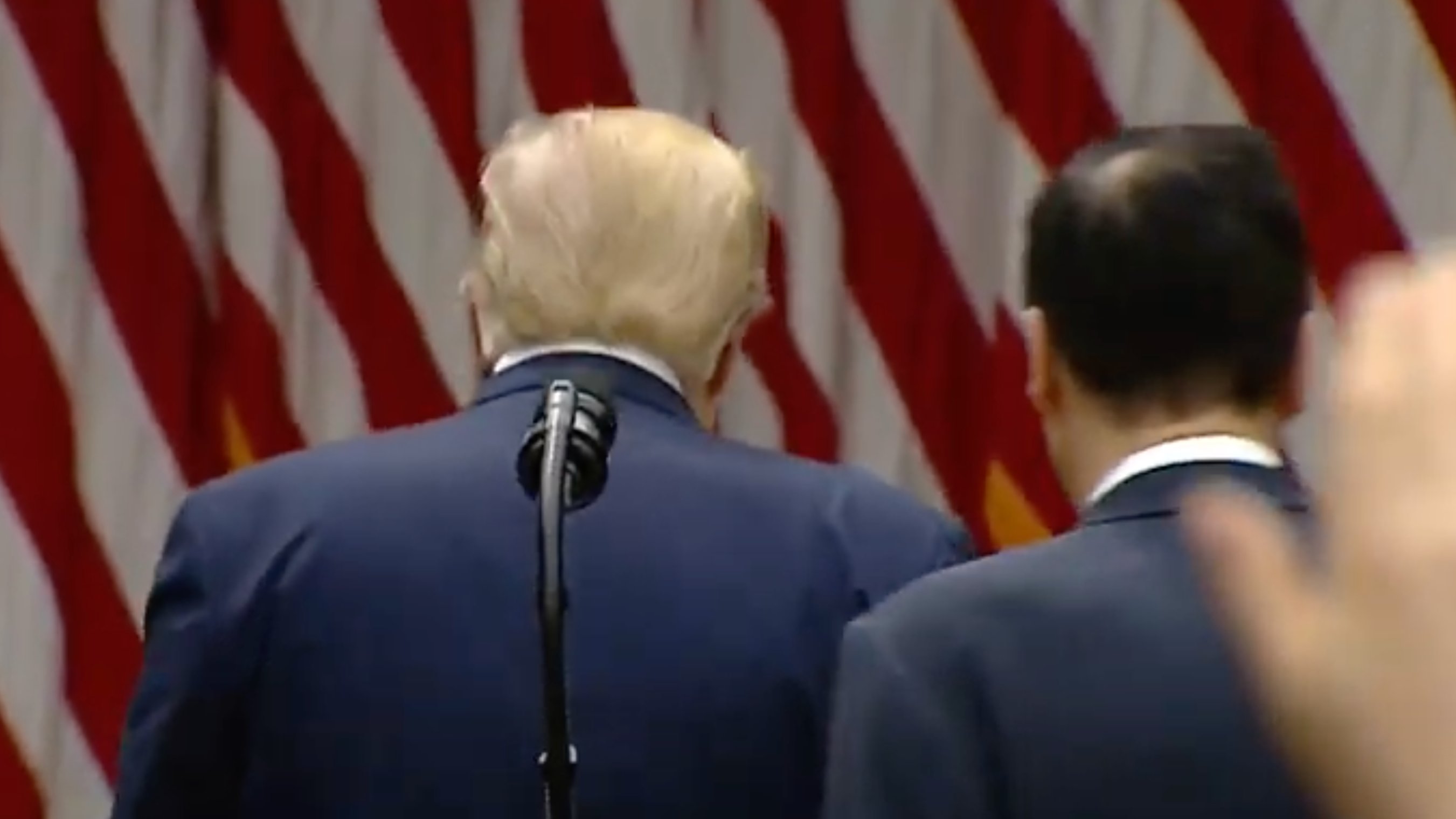 I'm calling it right here. Trump will lose to Biden in November. He will never recover from this, because he just made the country worse, again.

Not to derail a serious topic with my TDS bullshit (I started with a disclaimer), but that was an extraordinarily pointless distraction that none of us wanted or needed. All because Twitter gave him a fat lip this morning, and he's a huge wimp.

He is unfit to govern.