History :  The Official GrahamHancock.com forums
For the discussion of general and orthodox history from the advent of writing up to mid 20th Century, i.e. 3,200BC up to World War II.
Welcome! Log In• Register
Go to: Forum Home•Board•New Topic•Search
17th-Century Sea Voyage Food
Author: Dr. Troglodyte ()
Date: August 25, 2020 10:34PM 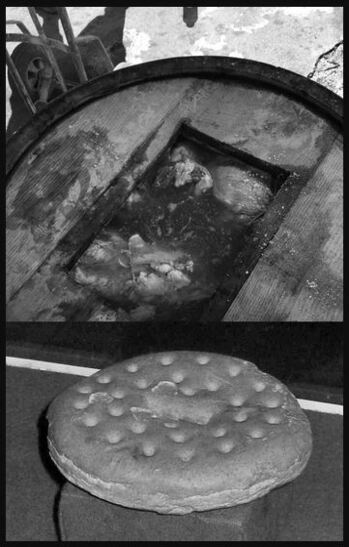 ”Sailors in the 17th century had it rough. For months, they were away at sea, sustaining themselves on an unsteady diet that included brined beef, dirty water, and tough crackers known as ship biscuit. In the days before pasteurization, seasickness likely came more often from the food than the waves.

A handful of cookbooks and ship journals detail the odious smells and tastes of 17th-century ship fare. But we can only imagine the decomposing food and its effect on the health of sailors…”

A team of researchers from Texas A&M University spent over three years on the Ship Biscuit & Salted Beef Research Project, analyzing and reproducing elements of sailor diets based on foodstuffs found on the wreckage of the Warwick, that was submerged off the coast of Bermuda in 1619. The experimental menu consisted of ’salted beef, ship biscuits, peas, beer and wine’, aged in the Texas summer heat aboard the Elissa for two months.

The odor of the brined beef was described as "gnarly”, although not fully rotted (and considered, by some, as edible), while the ship biscuit ”survived the best”…