Mysteries :  The Official GrahamHancock.com forums
For serious discussion of the controversies, approaches and enigmas surrounding the origins and development of the human species and of human civilization. (NB: for more ‘out there’ posts we point you in the direction of the ‘Paranormal & Supernatural’ Message Board).
Welcome! Log In• Register
Go to: Forum Home•Board•New Topic•Search
Re: Osiris Vice Versa
Author: Master Armand ()
Date: May 10, 2014 01:57AM
Lover,

Thanks for the proof reading...

> loveritas writes:
> So, now Osiris becomes the central pole of the Djed. The four horizontal plates do not coincide with his backbone. The two "attendants" are not warming their hands. Any progress with a working replica yet?

The djed pillar has been a real puzzle.

At first, I thought it was responsible for forming the plasma snake in the tube. My friend and I spent like 2 years trying all sorts of djed configurations without any success. Made a lot of cool plasma formations, but no snake. 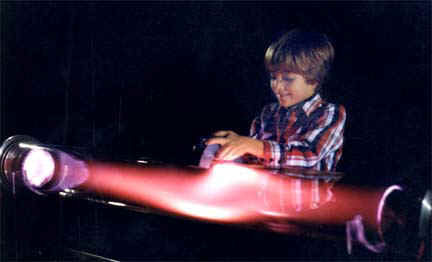 I then remembered something my Dad used to say to me. He'd say, "Willy, when all else fails, read the instructions".

So, in frustration, we decided to 'read the instructions' and take a look at the hieroglyphics.

That was what led us to a description of the'day/night bulb', which I believed was related to Alchemy - Mercury (Sun) and Sulphur (Moon).

It was while testing a mercury tube (we had been using neon and argon), that we stumbled on to the plasma snake in the tube (due to mercury's odd behavior of repelling from earth ground) and the subsequent connection to the Electric Universe and the Plasma Focus Device (aka the lotus flower).

Since then, the djed pillar, except for the arms on it (which are required to electro-staticly push/lift/repel the plasma snake off the bottom and into the middle of the tube), has been an extraneous component - looking for a reason to be there.

I have had some recent ideas based on some information I read about sonoluminescence and lower hybrid mode waves in the ionosphere.

Sonoluminescence is referred to as 'a star in a jar'. It relates to acoustic cavitation and gas bubbles collapsing on themselves with great force (with heat bursts of 5,000 degrees or more).

I thought, that's interesting, I wonder if there is a place for that phenomenon anywhere in the plasma snake? 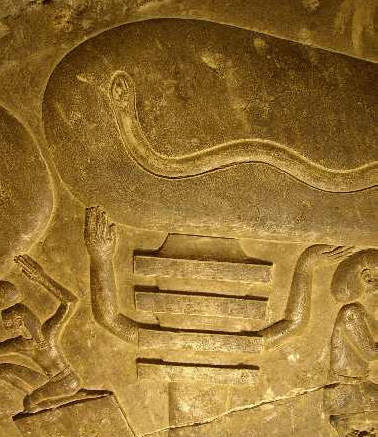 Ouch, I was sure I was on to something. Considering the similarity between single bubble sonoluminescence and inertial confinement fusion (i.e. implosion), and the connection between sound and light (Genesis I "And God said (spoke, sound, acoustic vibration), Let there be light: and there was light").

But how could plasma be made to cavitate without the surface tension or viscosity of a liquid - gas does not cavitate?

It was then I found some information about Lower Hybrid Mode Waves in the upper atmosphere and how they can create cavitation bubbles in plasma (as envelope solitons - thank you Cashus).

In a plasma, the electric and magnetic forces act like viscosity in liquids and allow for acoustic like cavitation effects to occur in the ionosphere (i.e. space plasma).

Solitons (solitary waves) are persistent waves that regenerate themselves - like a smoke ring traveling through the air maintaining its form by constantly folding in on itself.

They are formed by collisions - abrupt events - that create chaos. The soliton is a self organizing phenomenon that spontaneously emerges out of the chaos.

They can survive for long periods of time without dissipating (losing their form) - where they can act like particles. The plasmoid (snake head) at the end of the Birkland current (snake body) is one example of a solition, where the rapid collapse of the Birkland current at the Z-pinch (snake's neck) creates a chaotic soup of electromagnetic forces, gas particles and ions, which spontaneously creates a plasmoid-soliton (the interest thing I find about the plasma snake is that it is a continuous or steady state phenomenon - a stable low density plasma focus device). Add to that, the recent information I got about the djed:
> Frank D wrote:
> I explained it on my web site, Harsomtus, the rising sun, is carried by the Dd (djed), to make the sunrise last eternal.

The rising sun? Carried by the Djed? Make the sunrise last eternal? What if the djed is somehow creating lower hybrid mode waves in the plasma stream that is causing an acoustic like cavitation in the plasmoid (head of the snake) that creates and sustains an envelope soliton (in the eye of the snake).

It's something to think about...

And the (psychic) hits and synchronicities keep coming... Fun stuff...