Mysteries :  The Official GrahamHancock.com forums
For serious discussion of the controversies, approaches and enigmas surrounding the origins and development of the human species and of human civilization. (NB: for more ‘out there’ posts we point you in the direction of the ‘Paranormal & Supernatural’ Message Board).
Welcome! Log In• Register
Go to: Forum Home•Board•New Topic•Search
and he continues R U N N I N G A W A Y
Author: Hanslune ()
Date: November 27, 2018 09:19PM
cladking Wrote:
-------------------------------------------------------
> Your stupid topographical map shows that the
> pyramids are really pyramid shaped mountains,
> shows quarries and topology that don't exist, and
> fails to show quarries that do exist.

"stupid" sounds like you are 8 years old. Sorry but the maps are accurate - however given that you constantly tell whoppers - how about showing us a topographical map you think is correct?

I mean that is what a scientist would do - so of course you haven't done that instead you said the topographical map was 'stupid'. Oh my

This is
> largely because the linguists who operate Giza
> can't be bothered to do things like measure the
> quarries and sample the material that now is in
> them. Your stupid map has features you ascribe to
> me but I reject the nonsense and have explained to
> you endlessly why I reject it.

We reject almost everything you've ever said because it's nonsense - the fact that you cannot place your funiculars in any logical place on the map is a clear failure of your ideas.

Your fault alone and I must say it is very amusing watching you try to crawl your way out of the hole you made - you really make yourself look like a fool not answering a question - that you should have answered five years ago.......tsk tsk.

Your post wasn't
> intended to find out what I believe was the
> location of the funicular routes or you would have
> asked for elaboration or clarification instead of
> changing the subject again.

The objective is to get you to show us how your ideas work on the ground - you know the real world - while your objective is to not demonstrate that you don't have clue about what you are talking about.
>
> I listed the six main lifting devices and then
> elaborated on one of them.

Great but the question to you was to draw them on the map - and you always tell us you answer questions.... 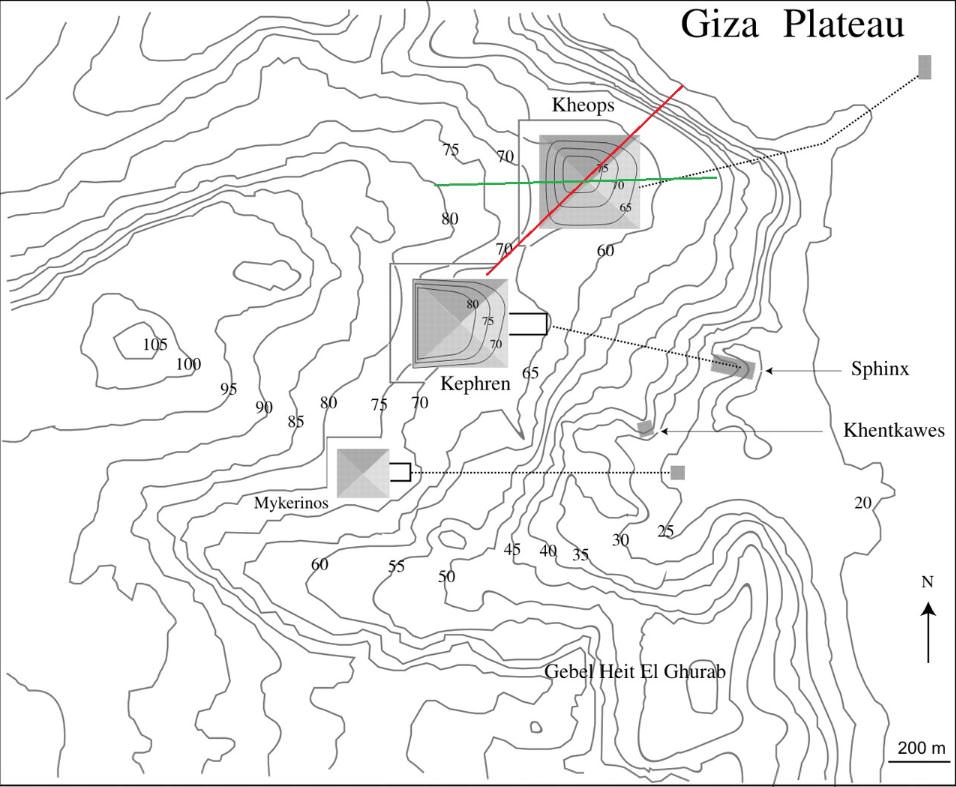 Show us where they go.........pretty simple and its most amusing how hard you are trying to avoid doing this.

Why is that? What are you trying to hide?

>Rather than address this subject which you brought up for at least the
> tenth time you again launched into attacking me.

Says the guy who repeats the same claims literally thousands of times.....

....because we are discussing whether your ideas are valid - while you are doing all you can to avoid demonstrating you are wrong.

> Many people are here for a discussion (it is a
> DISCUSSION forum) but your principle motivation is
> obviously to shout down anyone who doesn't share
> your beliefs and to trash my threads.

No you want a 'discussion' where everyone agrees with you and doesn't ask you hard questions and request your research and evidence - you want a free run to pretend you are scientist.

Were I as
> petty as you I could generate a list of the
> various threads you've trashed but then I have a
> higher estimation of the intelligence and
> awareness of the average reader than you do.

Yes and we do that 'trashing' by the outrageous method of asking you question - which you then throw fake tantrums to get out of answering - just like here - very mature.

I'm
> sure most of them can see your intent and strategy
> without my help.

Yeah its pretty evil of us trying to get a guy who makes wild claims to actually answer a question - man are we MEAN.
>
> I am impressed by your ability to usually make it
> an unpleasant experience to reply to your posts.
> But I will continue to do it only as it suits my
> needs.

In other words you want to continue to pretend to be a scientist without answering any questions.
>
> And I have to thank you for resurrecting this old
> thread at a very timely fashion even if you did
> trash it in the process. There have been some
> very valuable posts added.

Yes especially the ones showing your ideas are completely invalid, Manu schooled you brilliantly and showed - once again - that you know nothing about linguistics or the ancient Egyptian language.

So I'll continue to ask you to plot the imaginary funiculars on the stupid map.....lol