Mysteries :  The Official GrahamHancock.com forums
For serious discussion of the controversies, approaches and enigmas surrounding the origins and development of the human species and of human civilization. (NB: for more ‘out there’ posts we point you in the direction of the ‘Paranormal & Supernatural’ Message Board).
Welcome! Log In• Register
Go to: Forum Home•Board•New Topic•Search
The Giza Solar System Rectangle
Author: Ahatmose ()
Date: November 11, 2012 02:56PM
The Giza Solar System Rectangle


Setting aside the fact that most do not believe that The Ancient Builders knew the measurements of The Solar System I find it almost amusing that one can place all 8 planets in their proper position by using simply what is presented at Giza. A fluke ? Perhaps but I think it is simply proof that the mechanics of the solar system is not quite as complicated as some would have you believe.

Here is our starting point. Using only this diagram and the measurements that The Ancient Builders left us we will plot the solar system to within a degree of accuracy of 99.98% Where did the other 2/100% go ? Maybe it has changed a bit since it's inception, the solar system that is. However as we go through this exercise try to remember that no one since Titius and Bode have even tried to figure out why the planets are where they are. Yet using this simple diagram we all can do it. Should make you think just a bit about what is really going on. The other beauty of this system is that The Solar System can be shown WITHOUT USING CIRCLES !!!!!!!!!!!!!!!!!!! (except the very last posting) A RATHER NEAT TRICK IN MY BOOK. It will use only the semi major axis' of the planets. 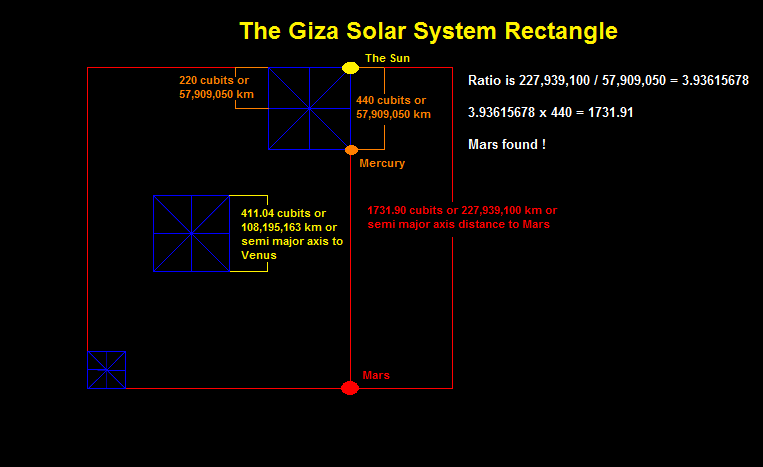 Every map has to have a base unit and in Our Solar System it is going to be Mercury. We are going to call the distance to Mercury 1 unit or 57,909,050 kilometers or on our map it will scale to 440 cubits. So the base of The Great Pyramid (hereafter referred to as G1) at 440 cubits will equal Mercury's distance from The Sun since the semi major axis distance of a Mercury Unit or MU is 57,909,050 kilometers from The Sun. So this is our next diagram. 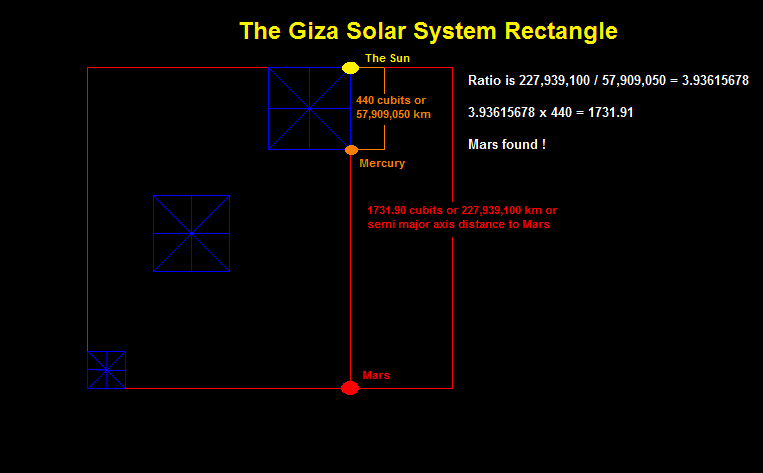 And then there was Venus 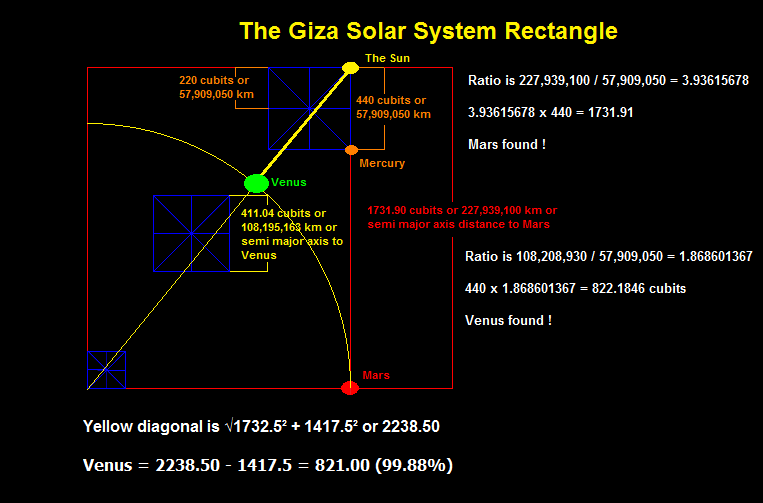 And now The Earth 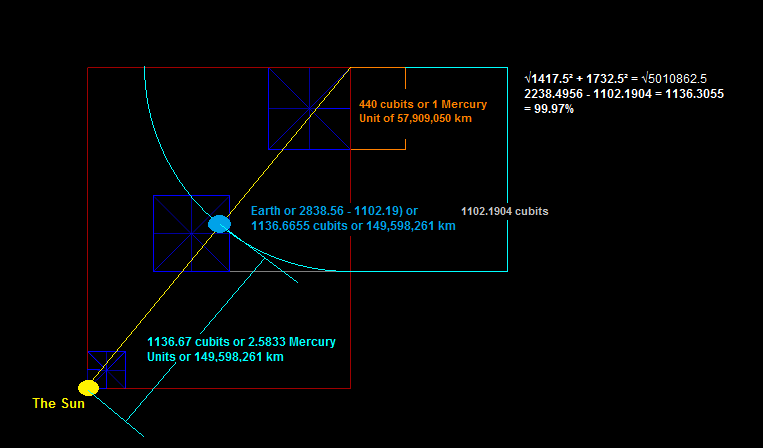