Mysteries :  The Official GrahamHancock.com forums
For serious discussion of the controversies, approaches and enigmas surrounding the origins and development of the human species and of human civilization. (NB: for more ‘out there’ posts we point you in the direction of the ‘Paranormal & Supernatural’ Message Board).
Welcome! Log In• Register
Go to: Forum Home•Board•New Topic•Search
Re: Anastasi I Papyrus: Ramp Building
Author: Thanos5150 ()
Date: April 06, 2020 04:21AM
cladking Wrote:
-------------------------------------------------------
> And that 50% would include none of the hard
> stones; the stones that had to be lifted over 80'.
> A stone lifted to the top of the pyramid was six
> times harder than one lifted to 80' and if they
> used a straight ramp then it was SIXTY times more
> work to lift because they had to build a ramp TOO.
> And they had to build it over and over to finish
> the structure.

Why do you chop out the rest of that sentence which says:

...and also bring you to the floor of the QC and its passage which was most certainly the beginning of a change in work flow and methods.

You are arguing over nothing. Bring these blocks by ramp to this point and use other methods to install them.

> Theyt would not have built a tower if it had no
> function.

At Meidum, as I argue, its "function" is as a structure unto itself and was not originally intended to be a pyrmaid.

> Just because there is a tower doesn't mean it was
> built first.

Cladking. Stop arguing with me just to make them into step pyramids to serve your own beliefs. These points are fact. It is unequivocal Meidum and Djoser cores were built first before they were converted to pyramids. If what we see today and all of the archaeology that supports this were not enough then take the word of the DE themselves: 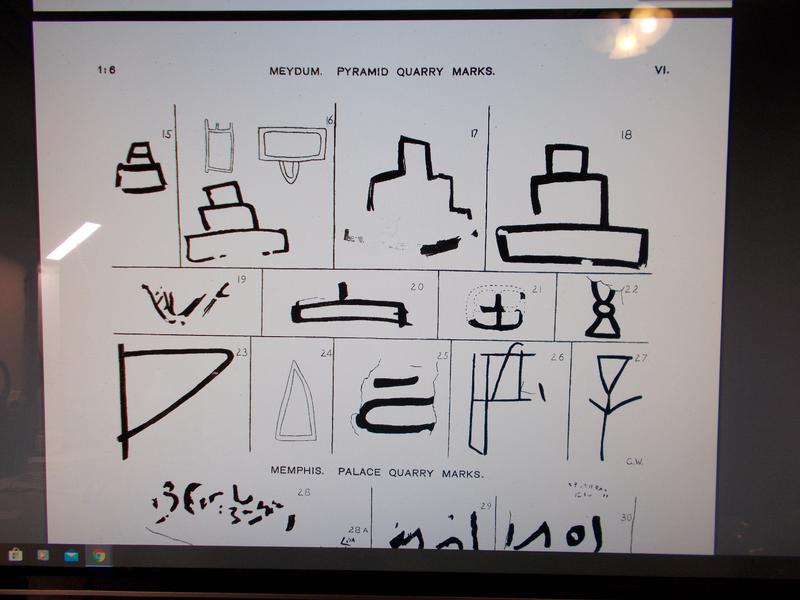 > There is NO reason the tower might not have been
> built as the steps were being built.

You just saying this, contrary to the evidence, does not make it so.

> I believe they needed steps in order to pull up
> stones.

Which is the only reason, regardless of the facts, that you say what you do. This does not interest me. Did you not read anything of the other thread(s)? If you put in just a little effort you might actually learn something. Look again:

The tower core was built using the accretion layer method. The collapsed pyramid conversion layer was built using horizontal courses. Do not respond unless you understand what this means. You cannot build a tower core using accretion layers at the same time you are building horizontal coursed steps. Apples and oranges. Not to mention the Meidum tower core is dressed as a finished structure which makes zero sense if it were only planned to be covered by an outer pyramid layer.

I have no interest your your beliefs about ramps. They are nonsense and regardless you are making a straw man just so you can argue against it so that if you "debunk" ramps this means your beliefs are valid which is bullshit. Stop. Don't care. No one cares. They used ramps but most get it at some point at a certain height this model breaks down and other solutions are required so just stop with the nonsense for once. You are arguing with yourself.