Mysteries :  The Official GrahamHancock.com forums
For serious discussion of the controversies, approaches and enigmas surrounding the origins and development of the human species and of human civilization. (NB: for more ‘out there’ posts we point you in the direction of the ‘Paranormal & Supernatural’ Message Board).
Welcome! Log In• Register
Go to: Forum Home•Board•New Topic•Search
Re: Locks and non existent water fantasy
Author: Corpuscles ()
Date: April 06, 2020 11:17PM
Hi Steve

I do apologise I ought have not posted in this thread. I had seen and read some but resisted temptation.
I appreciate your seeming obsessive hobby is trying to work this stuff out and I have previously realised during extensive interchanges (latest over a year ago) that whilst you encourage and welcome comment you seem to totally dismiss, reject and get annoyed with any criticism.

However a few comments
a. To get myself back out of this thread
b. An honest attempt to add something of value

>
> Hi Corpuscles,
>
> Your a little carried away with your 5 meter
> (16.50') water height. 1.5 meters (5 feet) would
> be more than adequate, to float a barge with
> stones. Even 1 meter might work. Additionally,
> there may have been times when water was not
> available, to fill the entrapment area. In that
> instance, they would be required pulling stones
> around and up to the base of the Pyramid. 5 meter
> is an estimate by others as to how high the walls
> were. Not how high the water was. There is plenty
> of water behind the Pyramid Giza Plateau, and I
> have already shown that. Personally, I don't see a
> need for walls of that height, and therefore would
> contend they were not.
>
> Plenty of people have proposed water inside those
> walls. It's not as thou, Cladking and myself are
> the only ones.
>
> Locks.... I have never proposed Locks. Can you
> show me where I did. Your confusing me with Chris
> Massey. Which, I find would be difficult to build
> and achieve.


Firstly, you will see I was replying to to a comment made by Lee (Thanos5150)
Nevertheless you seemed to be talking barges from valley temple to G2 but no mechanism to float them.

In relation to the calculations regarding the essential mandatory locks it would not matter if the lake at top was only 1 metre depth, it is the extraordinary rise of circa 40 metres over the 494 metre trip that presents the unassailable impractical problem .

This was what Warrick was hinting at when he was teasing about "up". Water finds a level it does not run up hill in a channel unless the banks are high and level at the bottom. You know that?

I wonder how the barges jumped over the wall of the lake? Some sort of crane to lift it over?

You must have a source of this water and a lot of it being replenished evenly and regularly.

>
>
> If you want to claim the 4.6 Causeway Incline
> could not work, you are in opposition the Newtons
> 2nd Laws. I've provided Calculators for Incline
> plains with friction. There must be a dozen of
> them to choose from. But, you will continue
> talking out your ass, and never propose anything
> constructive. Your just a Nye Sayer, who feels it
> his place to condemn, without offering anything of
> substance,  as to how the Pyramids may have been
> built.  As if, your so smart.
>
> [www.mwit.ac.th]

> Sorry if the above link confuses you. You should
> take the time and learn how to use it, rather than
> just dismiss everything out of hand.
>

We have discussed (argued) this at great length before. I have no desire to repeat in depth (search function)

The calculator you are using is only roughly appropriate where the counterweight is a friction less dead vertical drop.
Where is the huge hole at the top of the plateau that it can drop into and then release the counterweight water?

This was one of the reasons you sought advice from the Professor of Engineering or Physics a year or so ago. I think his name was "Fabio". He gave you the rudimentary formula for the type of funicular you were / are imagining.
Have you forgotten or completely dismissed his expert advice? He was correct (excluding friction at fulcrum)

Edit to add: When using the correct formula,it dramatically increases the amount of weight required as a motive counterweight, as compared to this online overly simplistic calculator

I see you have NOW worked (input) a much more realistic coefficient of friction factor to your calculations ( rather than that suggested by Origyptian) ! Then hypothetically, IF sufficient weight was placed in a counterweight running downhill (your original idea) then it ought move. The problem as discussed before is the time to create enough acceleration on such a shallow incline and the practicality of the TIME it would take to fill and empty vast containers of water and the technology required ( plugs taps hoses etc) needed to create a system that is likely much more time consuming and inefficient and cumbersome than simply dragging the stones up the causeway.


>
> So Corpuscles, tell us all how the Pyramids were
> built. Dazzle us with your brilliance. Were all
> waiting for that...

You started out on your return revision of your hypothesis with a variation of Franz Lohners rope roll, then possibly under the hallucinogenic fantasy influence of Cladking, have progressed ever more to water counterweight type hypothesis. (Lol, float a battleship in a spoon full of water!!!!! He just gets more and more insane)

I saw some value in your aforementioned variation!!!! however to KC height it would be more practical to use the a wider not yet corbelled channel of lower gradient being what would eventually become the Grand Gallery. As Thanos5150 attempted to inform the corbelling does nothing for your theory . If the larger channel was used then corbel as an unrelated aspect completed later.

I see considerable value in your crane (lever) BUT your depictions of it have the rope rigging completely wrong and it does not add ANY practical mechanical advantage. Maybe you are not up to that stage yet? (ie just making pretty but vague concept pictures) 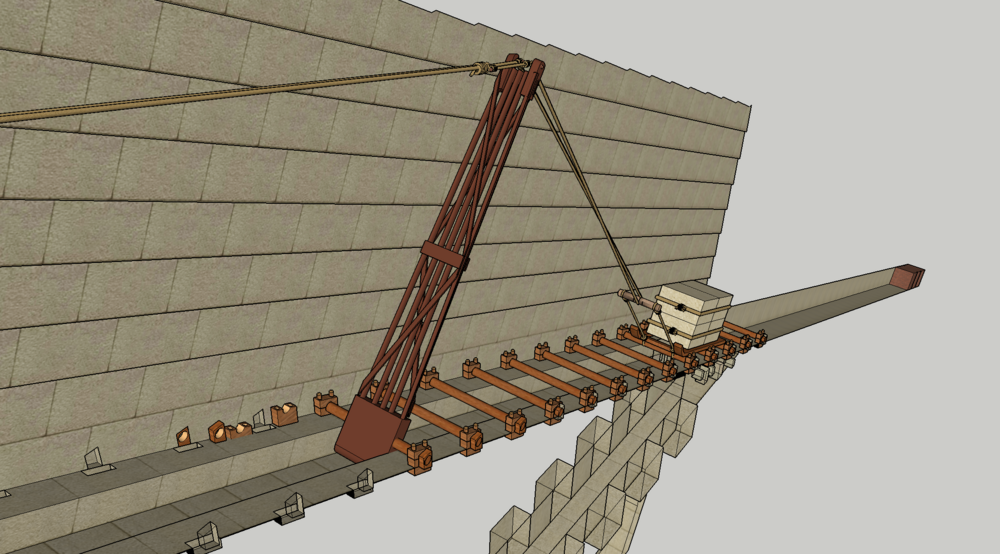 If the force is from the left there is no mechanical advantage!

This one is better , but the lever must be pulled towards the stone to achieve a modest mechanical advantage 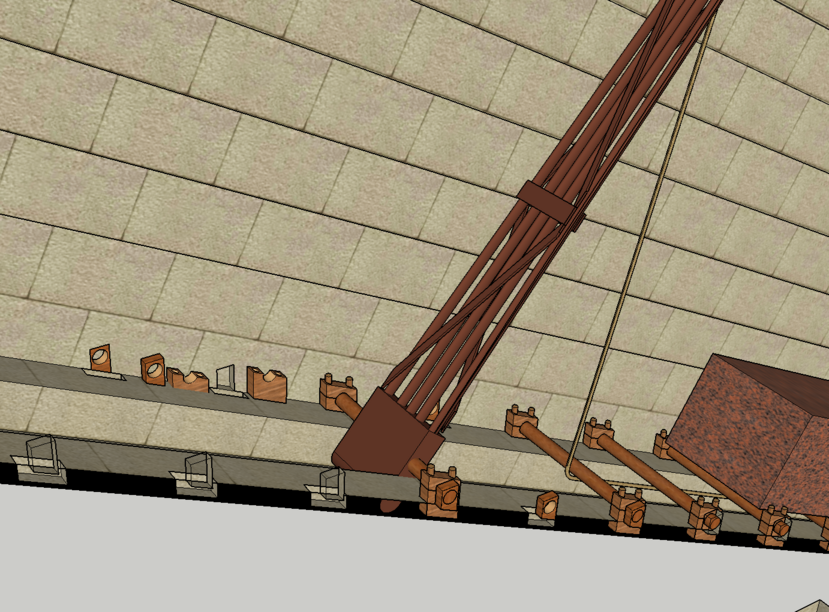 I have told you before I originally liked your A frame version of such contraptions. That is so that the cranes can stay in situ whilst the stone ascends through a series of them.

I offer the following as suggestion with every intention of being constructive for your considerable investigation or consideration.

Such devices to be in any way practical have to be a series of such levers. This is because to move a 60 ton granite slab you need much more than a 5:1 or 10:1 mechanical advantage.

These are called Compound levers.

A series of levers if appropriately rigged with rope (but in your form one set pulled one way and the next set the opposite) would dramatically increase mechanical advantage to practical levels. 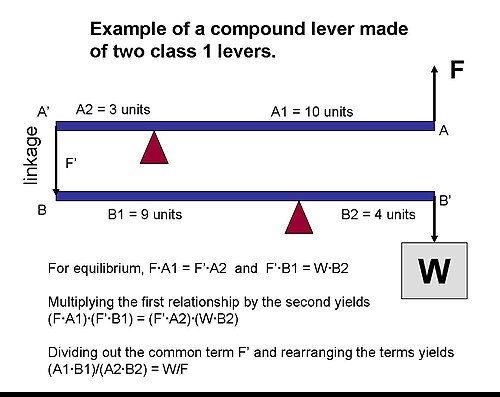 This sort of arrangement if modified and worked on could be what the AE were doing with the posts in Hatnub Quarry?

Anyway. feel very welcome to ignore this post and carry on with your entertaining thread

Again sorry, I was housebound and bored and I should not have intruded and upset you