Mysteries :  The Official GrahamHancock.com forums
For serious discussion of the controversies, approaches and enigmas surrounding the origins and development of the human species and of human civilization. (NB: for more ‘out there’ posts we point you in the direction of the ‘Paranormal & Supernatural’ Message Board).
Welcome! Log In• Register
Go to: Forum Home•Board•New Topic•Search
Re: Stone Pullers vs Canal Men
Author: Steve Clayton ()
Date: April 04, 2020 10:53PM
cladking Wrote:
-------------------------------------------------------
> I remember your grand gallery crane.  I didn't
> like it in the grand gallery because the area is
> too restrictive.  With any significant movement
> forward the operation has to stop because the
> crane is lifting instead of pulling the load
> forward and the operation must stop and the crane
> repositioned.  On the pyramid top it can be far
> more effective since it can be turned on its side
> and the stones tacked to their final position.
> It's more useful since it can even use reverse
> mechanical advantage, ie- a 20 ton pull can be
> used to move a 10 ton load twice as high and many
> stones can be moved laterally a greater distance
> in a single move.   It's a simple device that can
> have numerous applications in the chaos that
> mustta been going on on the pyramid top.  Lateral
> movements on top of the pyramid don't interest me
> a lot (except to note the stone stayed in
> sequence) because they are so easy, but they
> didn't have the manpower for even tiny teams to be
> dragging stones.  Almost all moves employed a
> motive force.  Using your cranes to split the
> power of the counterweight could have been used
> rather than some of the means I've envisioned.
>
> It's a great idea and I have have little doubt it
> was in the ancient tool box.  I shouldda thought
> of it myself.

I recognized the fact it was not as efficient as being on the top. Though no one can tell me, a better reason why that space has a corbel arch. If not a lever crane, then what? Those notches could have served to support rollers, which pulled material on longer sleds.

Can anyone reading this tell us, why the complicated corbelled ceiling(s) was required. 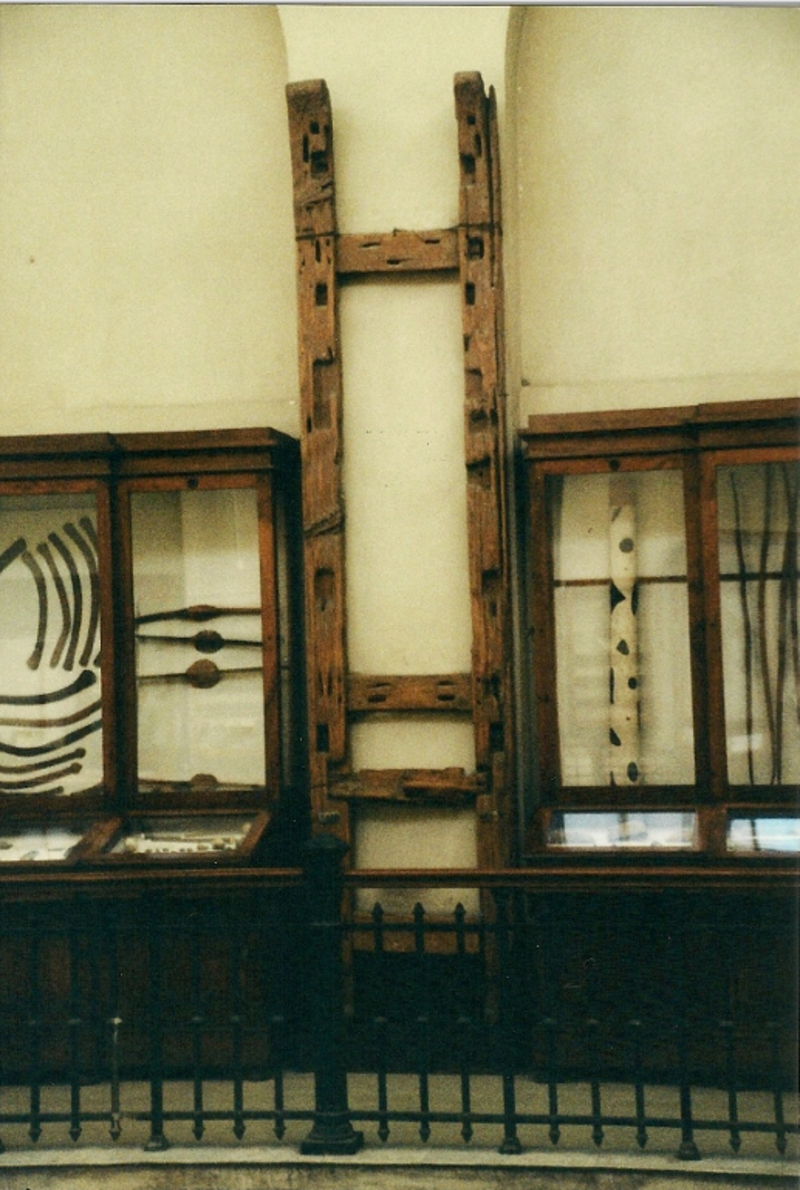 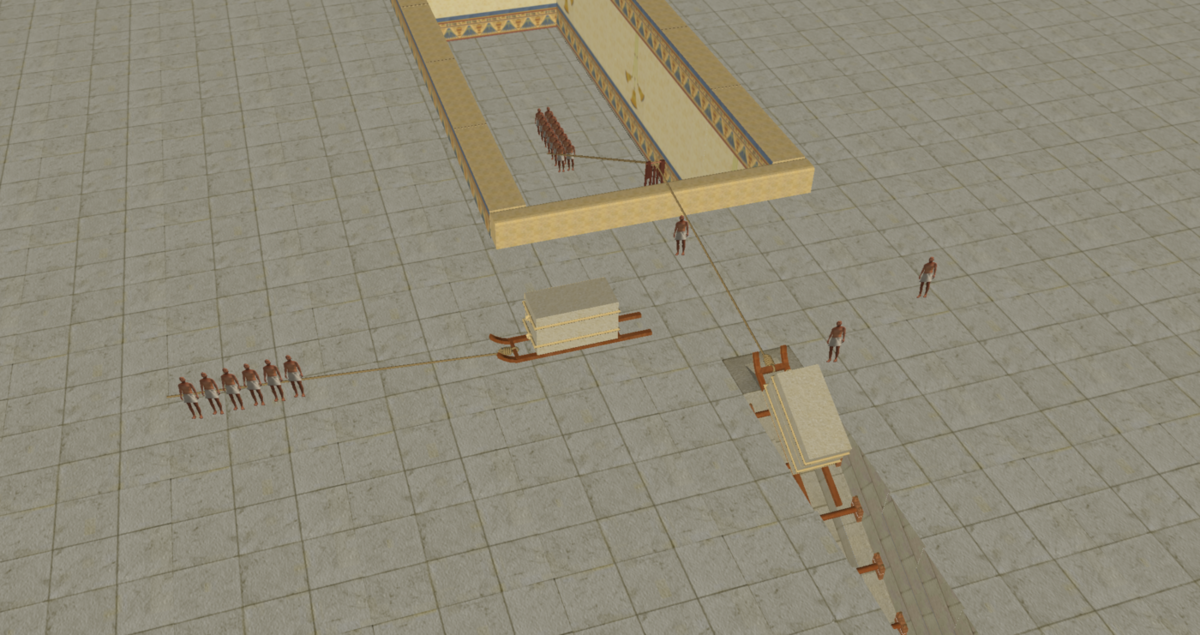 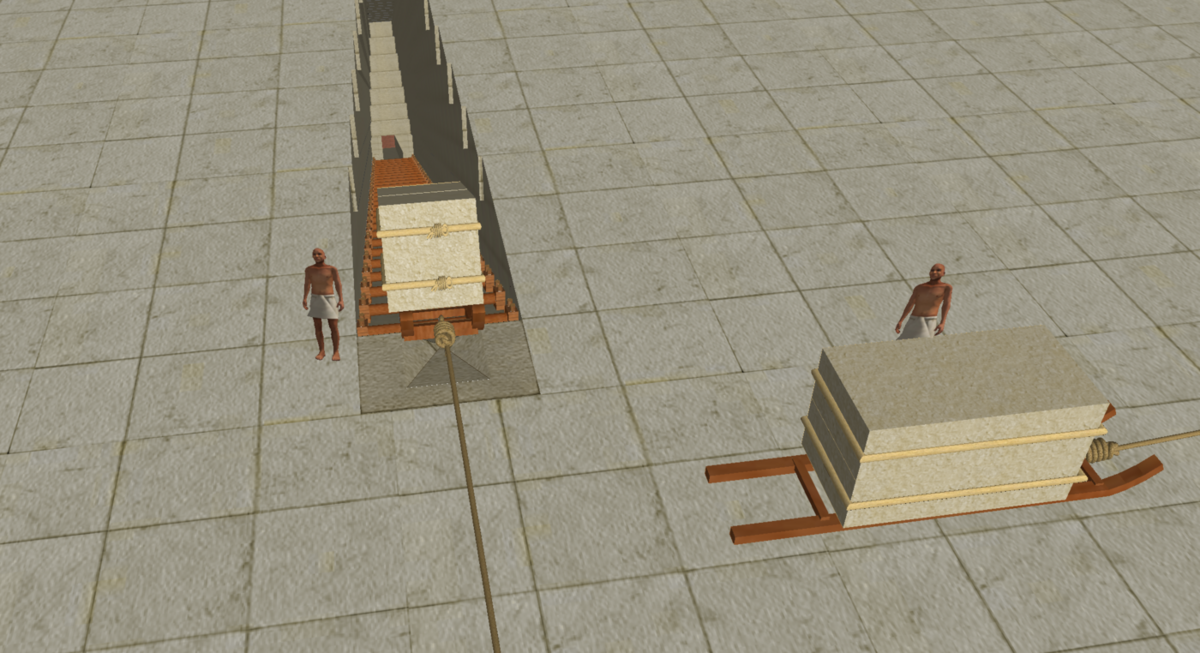 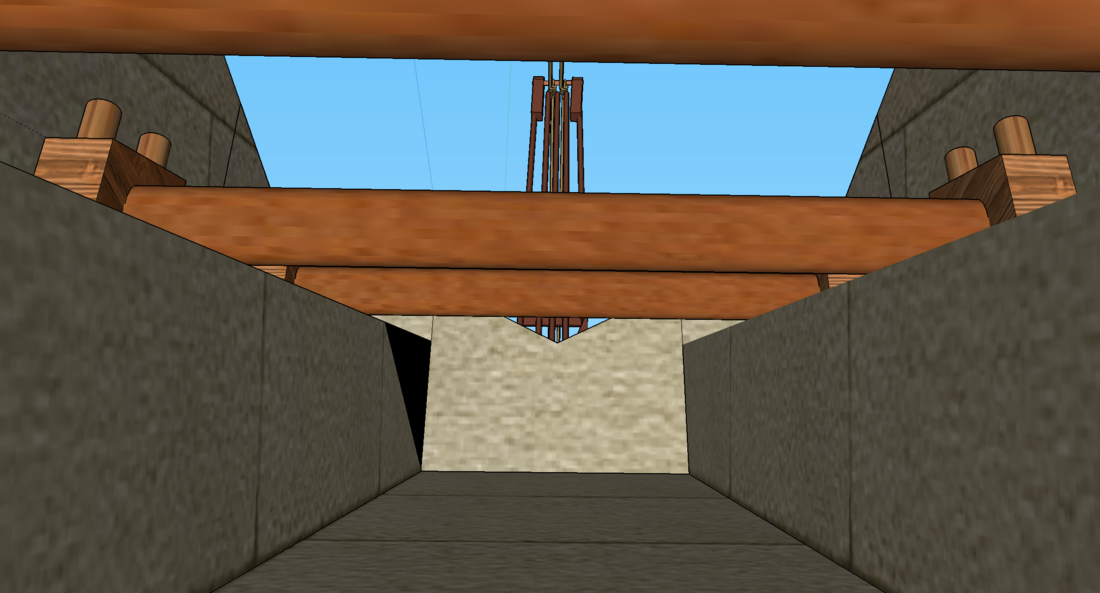 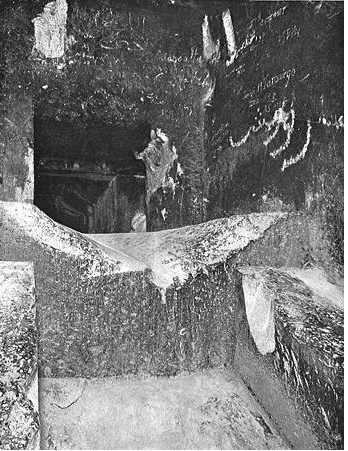 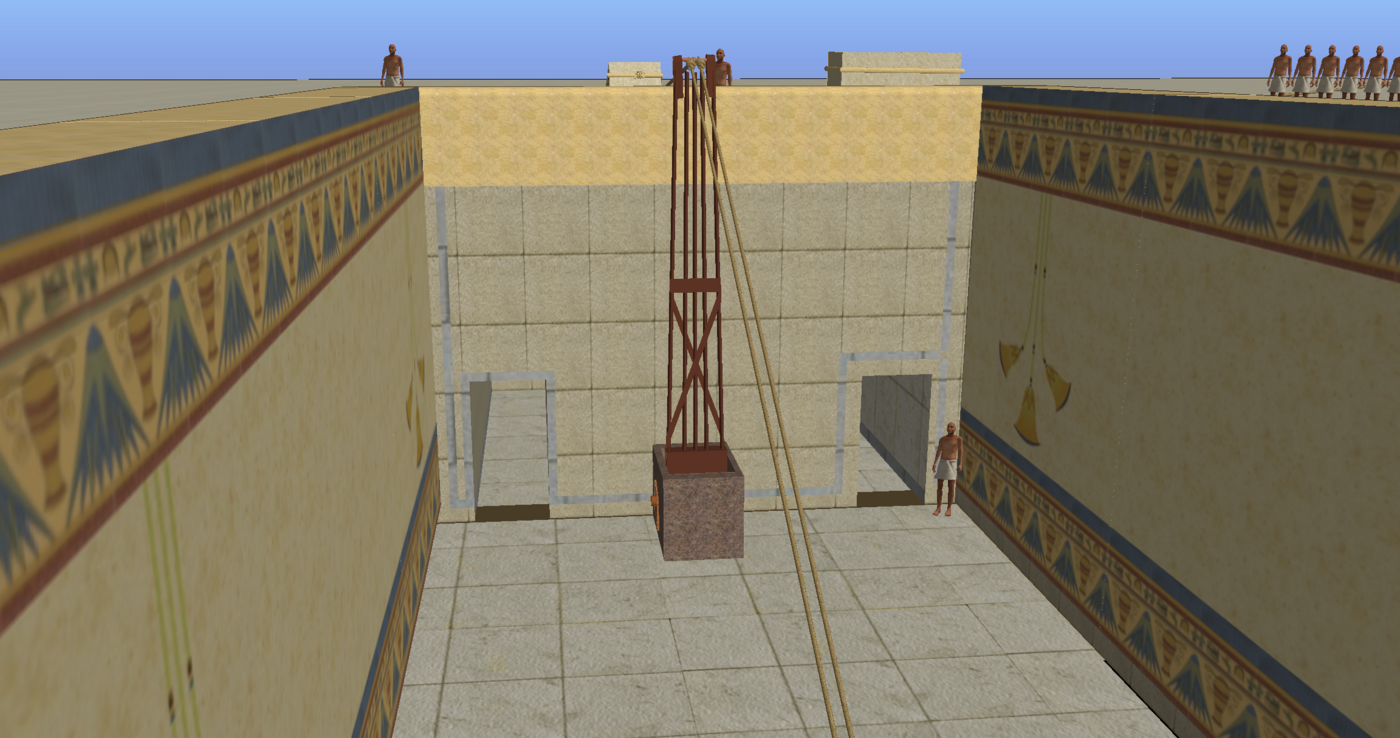 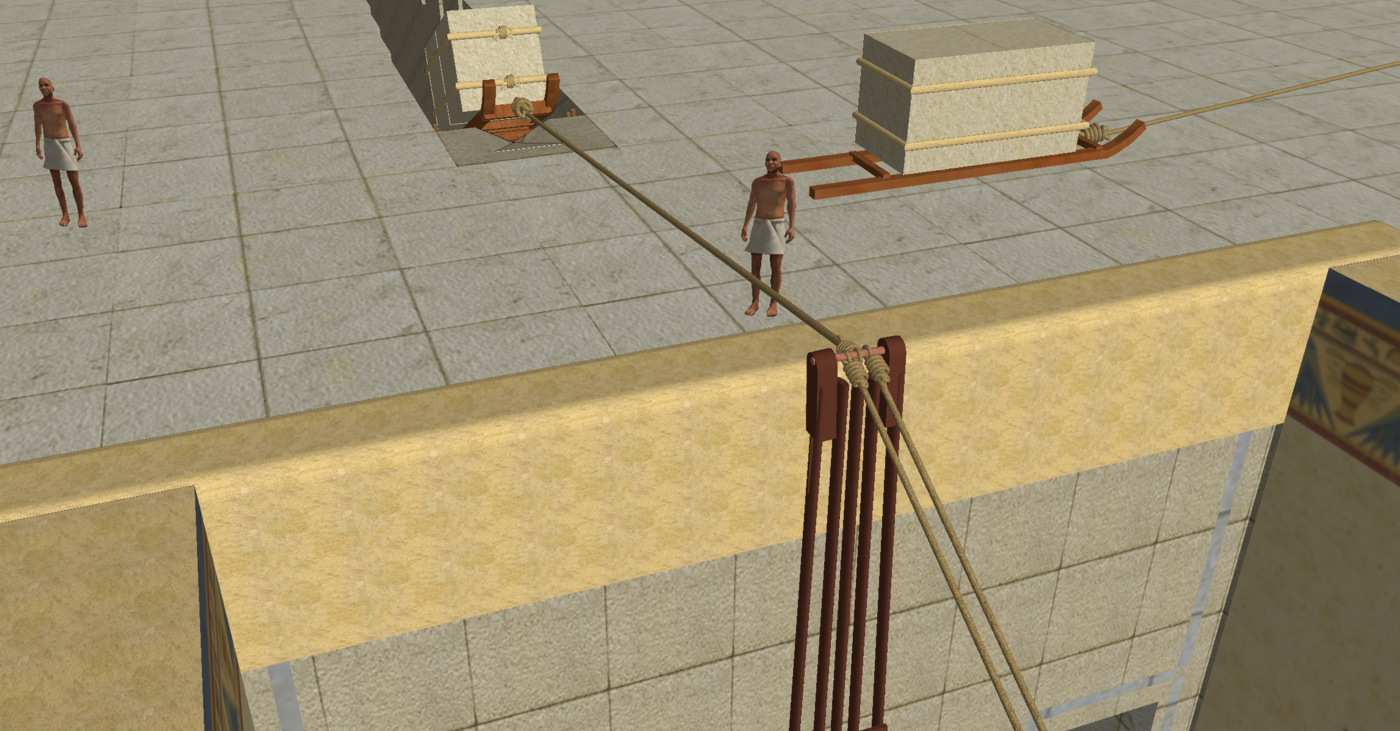