For the reader, it is unlikely these sled examples were used for transporting blocks up ramps, but rather statues or the like across flat terrain: 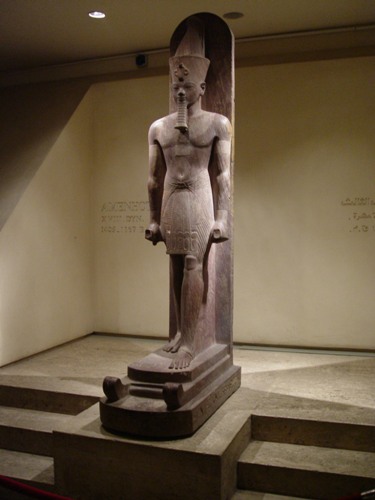 Obviously sleds could be modified for the use and rigors of stone block transport, up ramps included, but this is not the issue.

The problem is not using sleds, but rather the logistics of making (and repairing) the untold thousands of sleds that would have been required not just to build the OK pyramids spanning the centuries, big and small, but also the hundreds of mastabas, temples, statues, ect. But then there is the wood to build the fleets of ships, the thousands of tons of wood needed to make the gypsum mortar, furniture, various tools and sundries for a population of a million people, ect.

I am not sure what the answer is, I have ideas, but personally I do not think it is possible for there to have been enough wood to transport millions of blocks regardless of how long it took.

Something to consider in general is that pivot stones like these were found in the OK related to moving stone:

As we can see each stone was used many times for this function until it was no longer viable.