> Once you are willing to adopt, and understand how
> to use water as a counterweight, many things are
> possible. Even lifting stones up and out of the
> Quarry.  Why not.

Modern people just don't think about ways to harness "natural" energy like wind, water, and altitude. So we don't see the evidence even when it's right at hand. Who needs stinkin' water at 80' when we have an endless fount of cheap labor that it completely expendable? When you already know the answers to anything you quit looking and everything you see reminds you of your answer.

> Water is the only efficient option for such an
> endeavor. The hillside could have had a multitude
> of such devices, as when you lift nearly straight
> up, the foundation does not need to be built like
> the Causeway. a well built wood structure, should
> be able to carry the weight and guide the weight.

They could have used wood and in a few places I believe they did exactly that. But on the causeways I have to believe they used tura limestone simply because it was such a handy way of absorbing years of production from the mine. It was necessarily stored somewhere and this was the only logical place other than another similar causeway leading from the mines down to the river. These causeways were all simply piled deep and wide with stone that would eventually be used for casing stones at Giza. Production at the mine was constant for many decades. Shipments to Giza were constant as well. What wasn't constant was the rate at which casing stone were installed. This was necessary so not to upset their shipping, quarrying, and mining industries.

> That's better than stone pulling, which in my eyes
> is a fallacy. No one has ever demonstrated going
> up hill in an efficient manner. I have seen it
> attempted, only to fail. Uphill on sleds with
> dirt, sand & stone, would grind those sleds into
> nothing.

Indeed. There is no way around this using primitive tools and primitive knowledge. If they used rollers these would have been shredded as well. Even if they had the tools and ability to do it with ramps they still lacked any sort of design that would solve the logical obstacles and the manpower to do the work. Even using modern materials would not solve the fundamental problems nor explain the evidence that exists. There were no ramps because this would have been impossible to build or account for the known evidence.

> The idea you could pull a stone on wooden
> sleds up ramps wrapping around the Pyramid is
> absurd. 2,500lbs on wood for nearly a mile is not
> possible. It would turn into saw dust.

Bones would turn into sawdust as well.

Heaving stones up a ramp a foot at a time is about as hard of work as can be done. On each pull you have to overcome static friction. If you put enough men on to do it easily then the line of men is too long to negotiate corners. The more men the more wasted effort of lifting an entire team of Egyptians to the top. You'd need hundreds of thousands of sleds to lift 6 1/2 million stones an average of about 1/ 3 mile. Many such problems can be mitigated by various means but they still remain and the extraordinarily poor efficiency can not be changed. At best you get about 5% efficiency which means you do at least twenty times more work than necessary. Yes, there are some superior ramp designs which could even mitigate this but in every case new problems in operation and evidence arise.

People need to forget ramps and look at the actual physical evidence which clearly shows they did it the easy way. They saved all the work of building ramps, dragging stones on them, and hauling off the ramps. And then you really are going to need to rebuild the ramps and acquire twenty years of Turah production to case the thing.

And remove the ramps again.

> Again, a
> figment of people's imagination. The only way that
> would be possible, is wood on wood lubricated, for
> short distances. Those sleds we have as evidence,
> would never make it.

No, they really wouldn't. The sleds in evidence are mostly for other purposes. 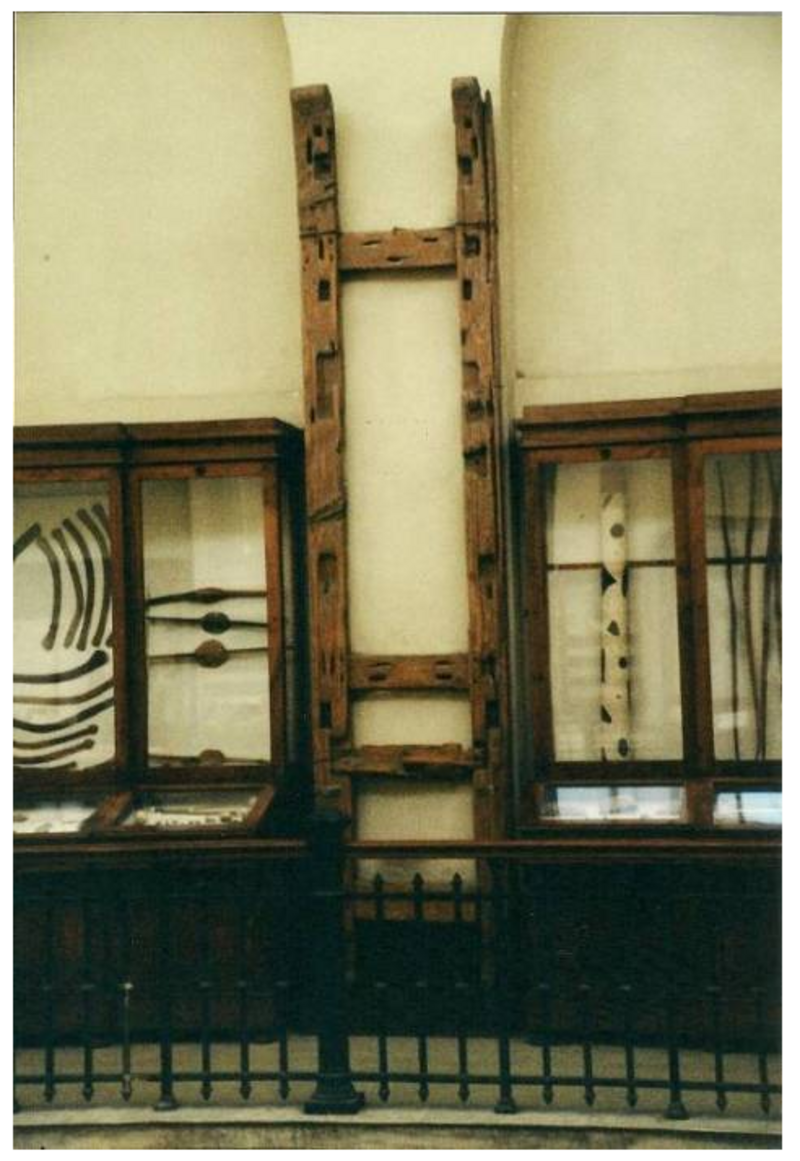 >
> I guess they figure they had super wood, or never
> really gave it any thought. The later would be
> more like them...  I don't know... they hauled
> them up there, because I can't think of anything
> else. Lubricant was placed down. Ya, and you would
> be stepping in it, losing you footing.
>
> Anyone who has done woodworking knows I am
> correct. On the last picture, do you see a great
> deal of wear on the bottom. The other oddity is,
> the round dowels, which leave no room for rope
> passing underneath?

The ropes didn't pass underneath.

People should note the stones for the main part are between 1 1/2 and 8 tons. Apparently about 97% of the stones fall in this range (excepting the debris and fill between stones). This suggests that their means of lifting was adaptable. Rather than imagining different sized sleds it's far more likely they they didn't carry one stone at a time. It's probable they carried about 16 tons of stone at a time. They might have carried two 8 ton stones or eight 2 ton stones or some combination. This is prima facie evidence they carried about 16 tons at a time. If the system could only carry 10 tons then the biggest stones would be 5 tons.

There would be little limitation to the size of loads pulled out of the quarry by a funicular or any other system. Indeed, even bumpkins could line up by thousands and pull the stones up toward the "trial passages". I believe it was a cliff face funicular with a very high capacity (40 tons or so). These were permanent during the life of the project so could be built very robustly. This means about 30 tons of force along the causeway meaning they could pull quite a few stones at a time. But they needed the stones on a regular basis so the stones were laid out in short "trains" and it pulled several trains at a time. These moves were sudden and the stones achieved some small velocity so it was necessary to couple the stones together like train cars; a couple inches of give in the couplings so the force would be removed over several inches. This kept each train in a line with the couplings holding the stones close. This forced them to train and reduced wear and tear on all the components. What we call "proto-pulleys" were the couplings and they were attached to the lashings right below the middles of the stones. Every stone was rigged until it got near its final position and the ropes were removed and returned to the quarry.

The only sleds that were directly attached to the ropes were the "boats tied together" and, I believe these were attached with a device called the "tie of isis".

When dragging a load it's usually best to have it attached to the force moving it below its center of gravity and no higher than the applied force. If the load is distorting what its sitting on than the rope should be moved a little lower. In most cases the efficiency difference is not extreme but it can be. It is most likely to be extreme if the force is applied too high but if its low you can increase the weight on the back of the load and increase the friction significantly.


My guess is that the dowels helped to keep the runners from moving toward one another or they are part of a mechanism to hold the sled as a display.

> I question if this is really from the AE

I believe the provenance and details are considered conclusive but my knowledge here is limited. The top one I'm not familiar with.