Mysteries :  The Official GrahamHancock.com forums
For serious discussion of the controversies, approaches and enigmas surrounding the origins and development of the human species and of human civilization. (NB: for more ‘out there’ posts we point you in the direction of the ‘Paranormal & Supernatural’ Message Board).
Welcome! Log In• Register
Go to: Forum Home•Board•New Topic•Search
Re: Water for the Giza Complex
Author: cladking ()
Date: March 28, 2020 12:43AM
Look at the size of the pyramid; 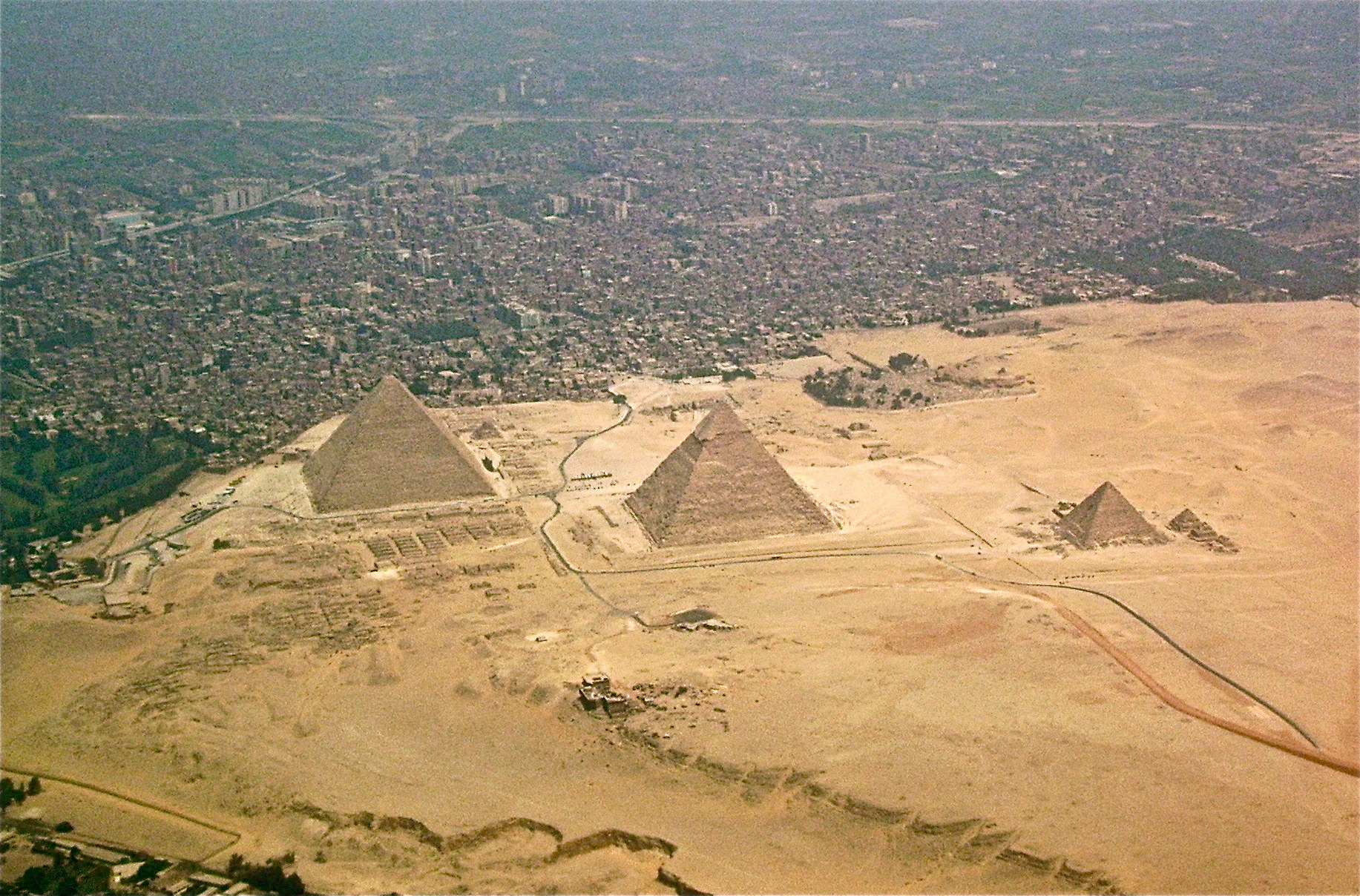 Do you really see a place down by the river to store any significant part of it? Where are they going to get all the wood to make thousands of sleds that will get worn being dragged over desert sand?

You seem to still be missing my point that for every foot you pull a stone downhill away from your destination you have to pull it exactly one foot back UPHILL.

Obviously if they had unlimited amounts of water and unlimited capacity then your proposal makes some sense. But let me ask you this. Why wouldn't they take a direct route so they wouldn't need so much capacity in the causeway? Why wouldn't they take the direct route exactly where we can see ruins of a ramp/ causeway/ funicular run TODAY? Since the lift is so much lesser the capacity is much higher. The requirements for water are far lower.

They had to build these in peak growing season with no crop in the ground. It was a risky proposition under the best of conditions so they certainly wouldn't create work that never needed to be done. These pyramids don't represent religion or even a dead king. They manifest efficiency. This is the story they've been trying to tell for 4750 years. There was almost no wasted work at all on these.

One of these days I'm going to write out a post about pyramid building from the laborer's perspective. It will be wholly unrecognizable to people because there was NO religion, NO magic, AND NO waste at all. They prided themselves on the ability to get the most done with the least effort. The henu boat (counterweight) had the head of an oryx at its prow simply because the concept of animals was a natural process. They didn't anthropomorphize reality itself rather they ascribed traits of man, animals, boats, and Egypt itself to all of nature and we misinterpret it all. The oryx needs virtually no water at all so their project of making a new body for the dead king needed no water at all. Their construction of a time capsule for the first 40,000 years of human history and science required no water just like the oryx which gets most of its needs from plants it ate and dew. The oryx can smell rain from 40 miles away so if they ever do get thirsty they can meander over to it. THESE are the things the builders knew and THESE are the things that concerned them. They would never do an hour's work if it could be done in 55 minutes. They would never waste anything at all. They would never "tiptoe in corpse drippings" but they might use all sorts of waste water to irrigate. They danced with nature and took their lyrics right from her hymn book. They were a force of nature and just as animals don't waste much neither did they.