Mysteries :  The Official GrahamHancock.com forums
For serious discussion of the controversies, approaches and enigmas surrounding the origins and development of the human species and of human civilization. (NB: for more ‘out there’ posts we point you in the direction of the ‘Paranormal & Supernatural’ Message Board).
Welcome! Log In• Register
Go to: Forum Home•Board•New Topic•Search
Re: Water for the Giza Complex
Author: Steve Clayton ()
Date: March 27, 2020 09:51PM
cladking Wrote:
-------------------------------------------------------
> They would need a port in order to transfer them
> to a barge to be transshipped to the G1 port. OK,
> so maybe the G2 port was already in existence or
> there was a Sphinx Port.  No problem.  But how
> many stones could be staged at this small area?
> In order to store a substantial number you'd need
> to stack them and then you'd need a means to stack
> and unstack them. There could be no substantial
> number but even if there were some means to store
> lots of stones what would be the point?  They
> always had sufficient production from the local
> quarry to satisfy the needs of the those lifting
> and placing the stones as proven by the existence
> of the visible horizontal lines.  The only thing
> that can cause these lines other than the faces
> having the same angle to the light source is that
> they are the same texture and color, ie- they came
> sequentially from the quarry.
>
>
>
> If stones were placed haphazardly from how they
> came out of the quarry you wouldn't see such
> lines. At least most of them were installed
> sequentially.  This argues against any significant
> stockpiling of backing stones.  And notice as well
> that this applies to all five steps which are
> almost visible in close-ups;
>
>
>
> I'd certainly agree there's some chance some
> stockpiling could have occurred early on since
> they would go on quickly at first when little
> lifting was necessary.  The quarry could be
> overwhelmed at the very beginning and these stones
> could be deep inside.  But again there was no
> place to stockpile so it would be more logical to
> simply have more quarry workers at the beginning
> rather than trying to save up a few weeks of
> production.
>
> It's easy enough to take the stones downhill to be
> loaded on boats and then it was easy enough to
> load them and haul them to the valley port.  It
> was easy enough to unload them at the valley port.
>  But now they have TO BE LIFTED HIGHER THAN EVER.
> Instead of 50' up to the pyramid it's 225' up to
> the pyramid.  It's four times as much work not
> counting the easy work of moving them, loading
> them, floating them, and unloading them.  There's
> no point to all this extra work that must amount
> to at least 5 times as much work.  Even if water
> did all the work it still required men to hook up
> and and operate the equipment.  It required men to
> build the extra equipment and to maintain it after
> doing all that extra work.  It required additional
> men and additional supplies.
>
> If there's a point to it, I sure can't see it.
> It's the wasteful use of human effort that brought
> many of us to challenge doctrine.  It's the
> inefficiency and roundabout nature of ramps that
> make so many engineers doubt they were used.  So
> why insert inefficiency where it's not necessary?
>
>
> There IS ACTUALLY A "RAMP" that goes from the
> quarry straight toward the cliff face and
> intersecting the causeway.  Why propose an extra
> port, extra steps, and extra work when the
> evidence shows a simpler, easier, and more direct
> route?  Why not adjust the theory to fit the facts
> rather than picking the facts that can support the
> theory? Of course we all do the  latter
> preferentially to the former but logic and a
> perfectly good ramp in exactly the right position
> to fit the rest of your theory really could trump
> your current working model.

We are talking about a potential storage area of 3,000,000 sq. ft. The skid with 2 stones is 60 sq.ft. = 50,000 skids or 100,000 stones. And, this is not stacking on skid on another. Or, skids with 4 stones. If that happened, we are at 200,000 stones before beginning the build. At that rate, with 500 stones per day, you have enough inventory to stop cutting  stones for 400 hundred days. They would not stop in reality, they would need to keep up with replenishing the stones, that made their way up the Causeway. You wouldn't really need that much stone. Maybe for a week or so. Instead of 400 days worth, how about 14 days worth. It still works to your advantage and not against it.

At this stage they began running out of storage space, the Causeway was finished, and they had a significant start on the building project. It all about timing, which is planning... They continued cutting block, replaced the area of skids that have now been removed, and the cycle repeated itself.

Now do you get it? That is how all construction jobs operate. They store enough inventory to start, and replenish it as they need. No hauling stones up hills. 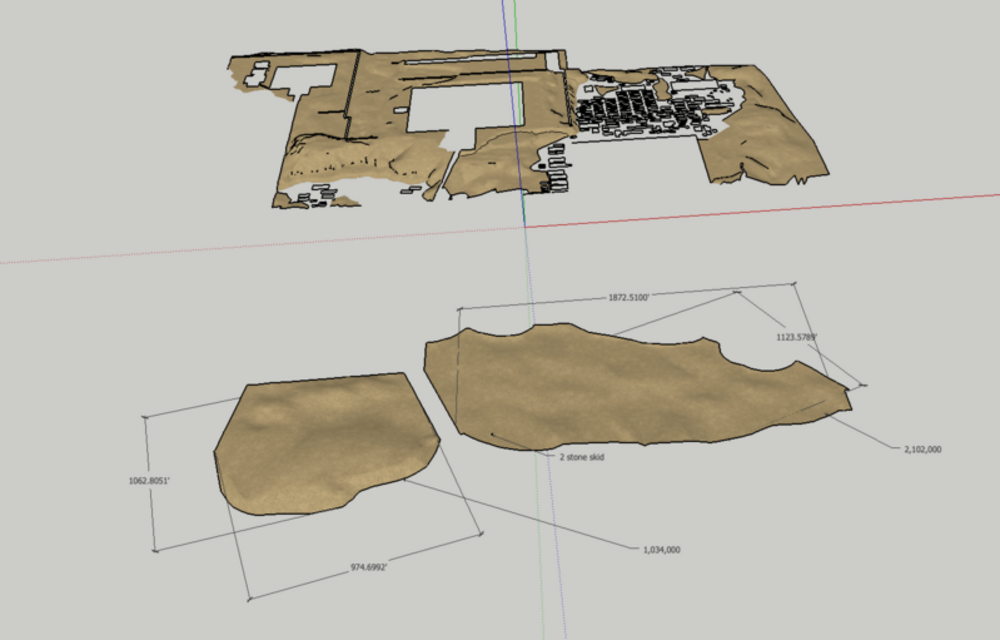 As for placing the skids on barges. That would be much easier than pulling a skid uphill. That's for those who prescribe to have a strong back, with a weak mind. Now I know your not in that group...  It's not that hard to do. 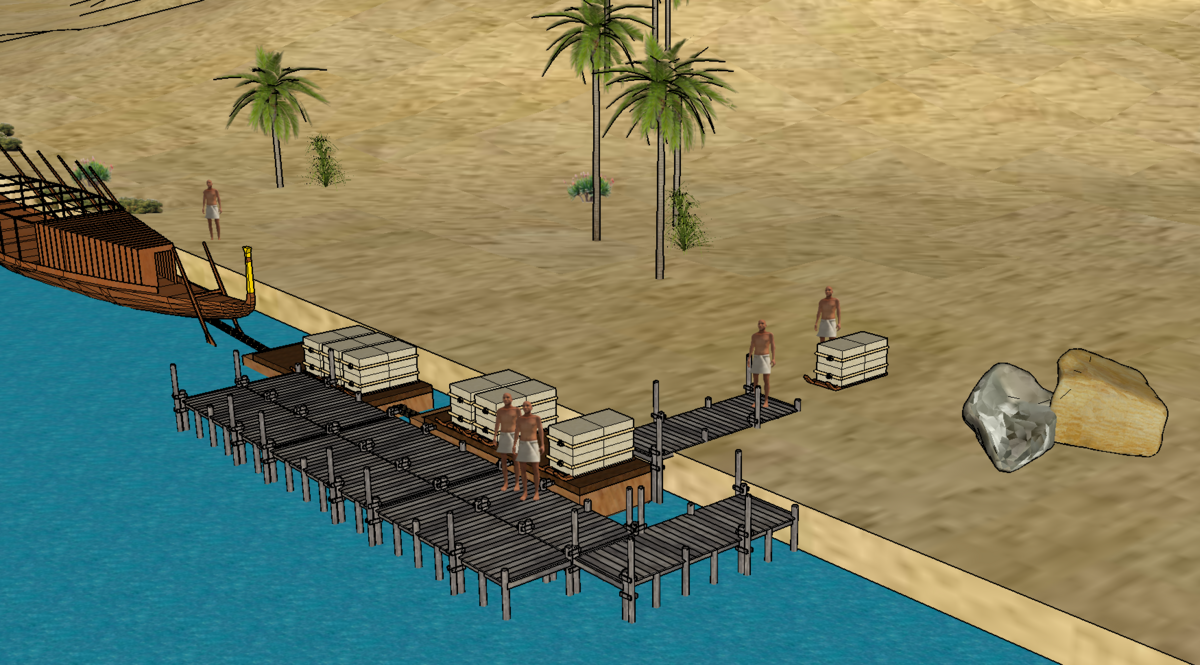